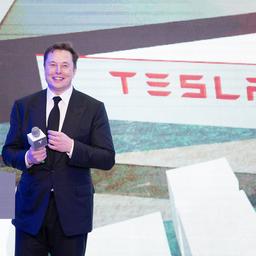 Tesla, known for its electric cars, has made a record profit in the past quarter. The American group has never delivered so many cars as in July, August and September, despite the worldwide chip shortages. Partly as a result of this, the net result was almost five times higher than in the same period last year.

‘Return for Syrians is very risky’

Mariana Rodríguez: Samuel García and his wife are destroyed in networks for “adopting” a baby

OM – LOSC LIVE: Revanchists from Marseille after “the worst performance” of their season in the first leg against Lille

An aspiration shared by some French people

Hop, the wrecking ball in it, says Amsterdam

'Return for Syrians is very risky'