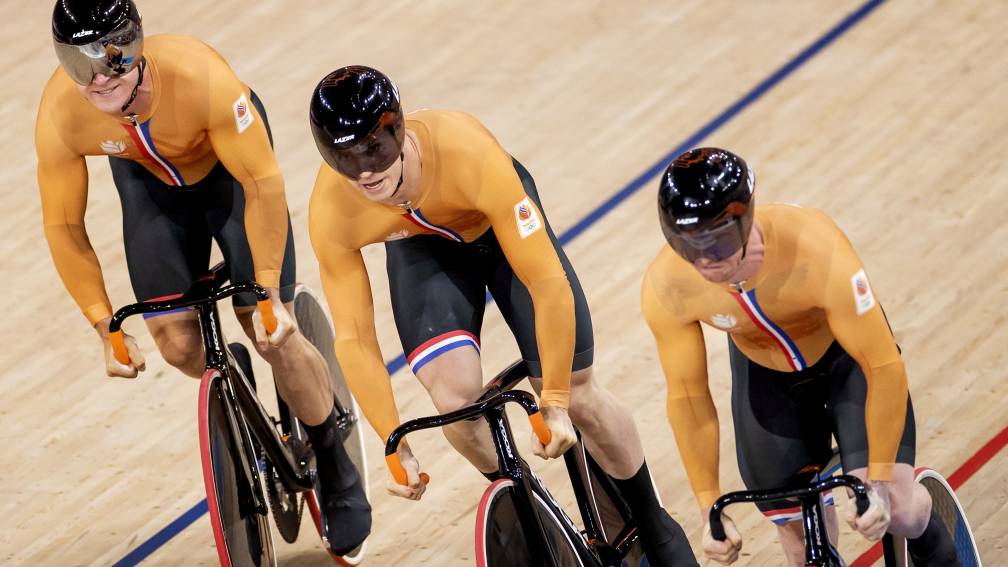 As expected, the Dutch team sprinters have qualified for the battle for gold at the Track Cycling World Championships in Roubaix. In the final, the Orange squad will compete against France for the world title around 9 p.m.

Roy van den Berg, Harrie Lavreysen and Jeffrey Hoogland clocked the fastest time in qualifying. With 42,690 they were 0.275 seconds faster than the French, who set the second time for their own audience.

After a restart, the Dutch were also the fastest in the next round with 42,301, although the difference with the French trio (42,467) was now slightly smaller. Starter Van den Berg had to re-enter the starting machine after a Japanese opponent was shot out of his pedal.