Hurlingham: a minor arrested for the death of the driver who crashed his car to avoid being robbed

Alejandro Cortez (40) was a driver of the DiDi digital travel application and on Wednesday of last week he agreed to a transfer with three passengers. The destination was a home in the Buenos Aires town of Villa Tesei, a place where the driver of a white Fiat Siena never arrived: the passengers were actually thieves, who threatened him in the middle of the trip to rob him.

Faced with the threat of the passengers, Cortez tried to avoid the assault and, when he reached the intersection of Don Cristóbal and Juramento, in the Villa Miter neighborhood of the Hurlingham district, desperation led him to make a sudden maneuver with his car. The outcome was fatal: he collided with a public lighting pole at high speed.

The driver was seriously injured and trapped in the middle of the smashed front of his car, while the three criminals were able to get out of the car and escaped on foot. Cortez was assisted by neighbors until he could be transferred by an ambulance to the Luis Güemes Hospital, in Haedo. He died the next day.

After collecting evidence, security camera images and other expertise, investigators were able to identify the criminals and in the last hours they captured two suspects. One of them is a minor and that is why the file was left in the hands of UFI No. 1 of the Juvenile Criminal Court, in charge of the prosecutor Guillermo Rodríguez Rey.

According to police sources, MNB, 16, and Matías Germán Vivas, 18, were arrested in raids carried out by police officers from the 4th Hurlingham police station at the homes of William Morris, also in Hurlingham, and at Carlos Keen, in the party of Luján. Meanwhile, the third accomplice remains at large and is intensely wanted.

Both sat down on Wednesday in front of the prosecutor Rodríguez Rey and refused to testify. They are accused of homicide on the occasion of robbery (in the case of the oldest, the same qualification but aggravated by the participation of a minor).

Judicial sources explained to Infobae that “the homicide on the occasion of robbery in this case has to do with the context in which the event occurs. It is true that the immediate cause of death is trauma from the impact of the crash, but that crash occurs because they are trying to rob you. This action causes the victim to have the accident and the result is death ”. In any case, the sources indicated that the investigation is in the initial stage and is continuing.

For the adolescent it is not the first cause in Justice. As Infobae learned, he has a recent history: he had been arrested this year for the theft of a car in mid-March, a fact that also occurred in Hurlingham. This case is processed in the Morón Juvenile Criminal Court. 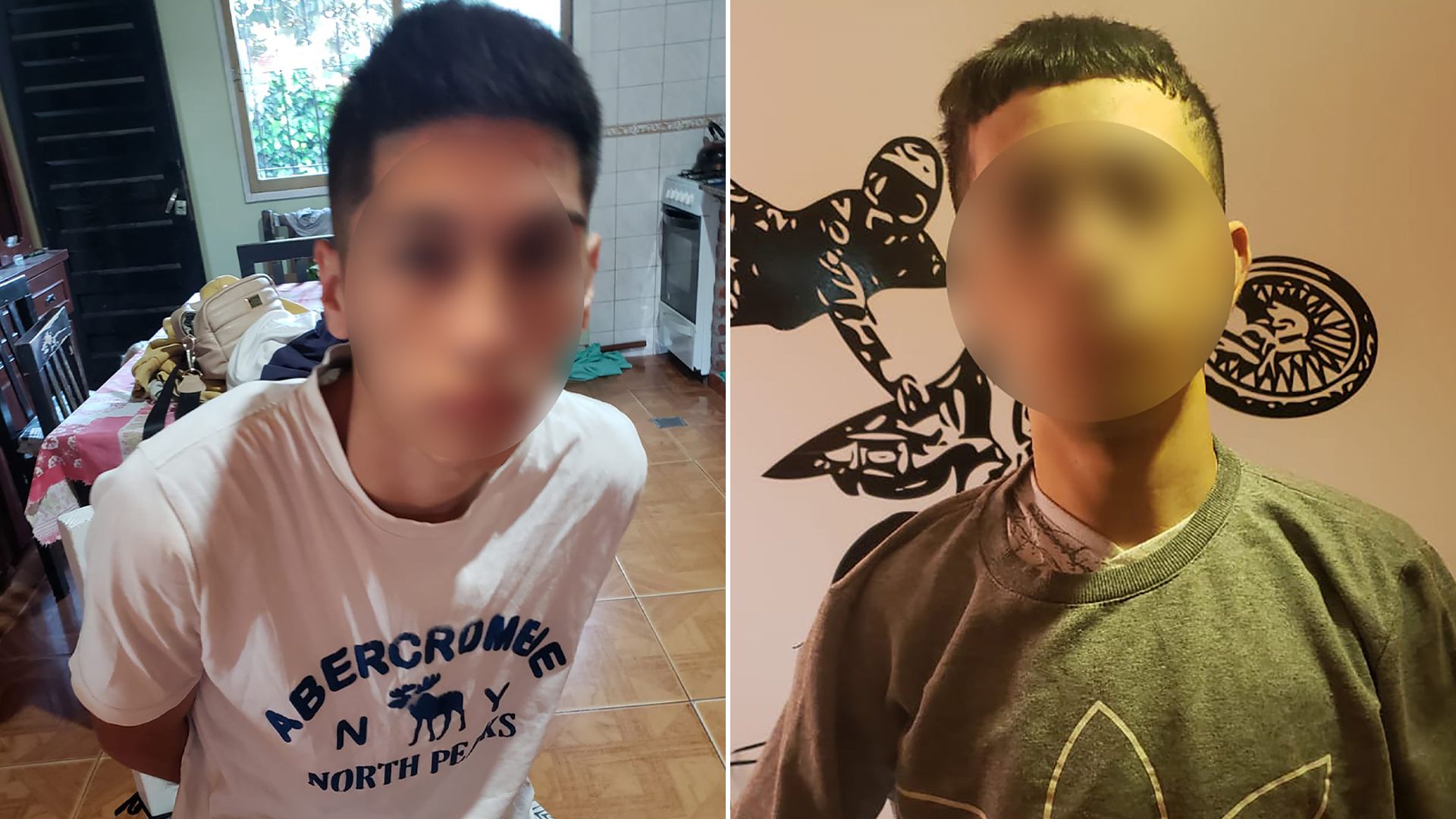 The case bears similarities to a crime that occurred during the early hours of Wednesday in the town of Gregorio de Laferrere. The victim was Gastón Ferreira, a 45-year-old taxi driver who refused to take a 16-year-old teenager who had asked him for a trip to Ciudad Evita. Faced with the refusal, the minor’s response was to remove a revolver from among his clothes and threaten him to steal his Renault Sandero: “Then give me the car, cat,” he said.

The crime happened in Carlos Casares, between Isleños and Obligado. The thief broke into the remisería where Ferreira worked, who had just arrived from a trip. The driver tried to prevent the criminal from taking his car. Thus began a struggle that culminated in the remisero with a fatal shot in the chest. Then the thief got into the car and fled immediately.

Remisería employees tried to help their partner. The driver was taken by his wife to the Paroissien Hospital of Isidro Casanova, but arrived dead.

Meanwhile, two members of the Altos de Laferrere East 2nd Police Station were immediately informed of the attack and began to search for the stolen Renault Sandero. Upon spotting it, a brief pursuit began that ended at the intersection of the Martín Coronado and Esquiro streets. There, they arrested the suspect. It is about a 16-year-old boy, identified as JSD and a resident of the Altos de Laferrere neighborhood, who had a .38 caliber Doberman revolver on him.

Shortly after, it was learned that the minor detained must be serving a house arrest. JSD’s own mother said that her son had spent five months in a Lomas de Zamora institute for minors and that he was serving a house arrest for 7 months as a result of a conviction for another robbery also committed in Laferrere.

He murdered his mother-in-law, left the knife stuck in her back and escaped: the bloody end of the case

A Senate commission accuses Bolsonaro of crimes against humanity