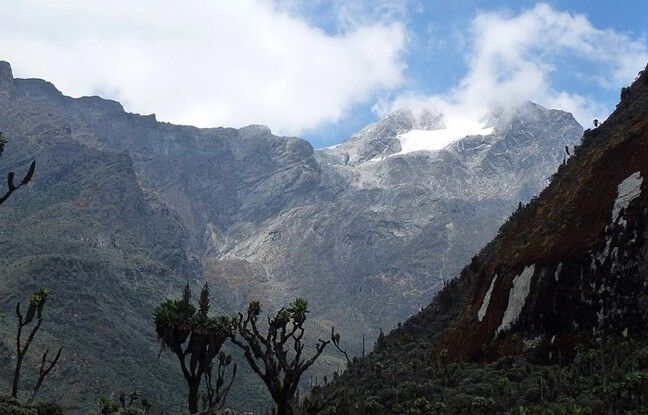 More than a hundred million extremely poor people are threatened by accelerating global warming in Africa, where scarce glaciers are expected to be gone by the 2040s, the UN said on Tuesday. In a report on the state of the climate in Africa published less than two weeks before the opening of COP 26 in Glasgow, the UN highlights Africa’s disproportionate vulnerability and stresses that climate change has contributed to worsen food insecurity, poverty and population displacement on the continent last year.

“By 2030, it is estimated that up to 118 million extremely poor people (that is, living on less than $ 1.90 a day) will be exposed to drought, flooding and extreme heat in Africa if adequate measures are not taken, ”said African Union (AU) Commission Commissioner for Rural Economy and Agriculture, Josefa Leonel Correia Sacko, in the report’s foreword. . “In sub-Saharan Africa, climate change could lead to an additional 3% drop in gross domestic product by 2050,” she added.

“During the year 2020, climate indicators in Africa have been characterized by a continuous increase in temperatures, an acceleration in sea level rise, extreme weather and climate phenomena, such as floods, landslides and droughts, and the associated devastating impacts, ”said Secretary General of the World Meteorological Organization (WMO), Petteri Taalas, in the foreword.

“The rapid melting of the last glaciers in East Africa, which is expected to be complete in the near future, alerts us to an imminent and irreversible change in the Earth system,” he said. it belongs. Last year, Africa warmed faster than the global average, land and ocean combined. The year 2020 is thus positioned between the third and the eighth hottest year on record on the continent, according to the report.

Only three mountains in Africa are covered with glaciers: the Mount Kenya Massif (Kenya), the Rwenzori Mountains (Uganda) and Mount Kilimanjaro (Tanzania). To prepare for the intensification of high-impact hazardous climate phenomena, WMO calls on Africa to invest in hydrometeorological infrastructure and early warning systems. The organization believes that the rapid implementation of adaptation strategies in Africa will boost economic development and generate more jobs to support economic recovery from the Covid-19 pandemic, and calls for fostering a “sustainable and green recovery ” from the continent.