Faced with the one who accuses him of rape, Baylet disputes the facts 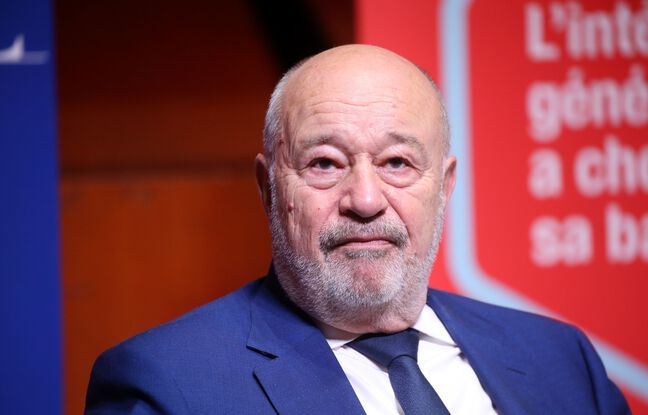 For five hours, Jean-Michel Baylet once again had to explain himself to the investigators. The former minister from the Radical Left Party (PRG) was confronted Tuesday, at the headquarters of the Paris judicial police, with the woman who accuses him of having raped her from the age of 12, which he disputes .

At the end of the confrontation with the Brigade for the protection of minors, the elected official considered that the confrontation had gone “well”. “I come out as I came home, free as the air”. This confrontation “under the regime of free hearing (…) allowed to underline the improbabilities and inconsistencies of the story of a complainant who refers to events which would have taken place more than 41 years ago”, assured in a press release his lawyer Me Thierry Carrère.

Now in her fifties, Nathalie Collin, daughter of former senator PRG Yvon Collin, accuses the boss of La Dépêche du Midi of having raped her between her 12 and 14 years old, in the early 1980s. Her father is a old longtime friend of Jean-Michel Baylet but they are now at odds.

According to the lawyer for the complainant, Me Zoé Royau, Jean-Michel Baylet “did not recognize the facts denounced by (his client) – but that was expected, on the other hand she was able to say everything she needed to tell her (…) and that she retained during these years ”. “It is courageous to file a complaint against this man whom she rightly designates as powerful. It was not easy for her to do that, to confront the facts that she had suffered, ”she added at the end of the confrontation, accompanied by the complainant. According to the lawyer, he “maintained his disputes by sometimes bypassing questions that could be embarrassing (…), by appealing for certain memories to an absence of memory, of memory, because the facts were very old”.

Minister under Mitterrand and Holland

On the denunciation of Nathalie Collin, the Paris prosecutor’s office had opened on June 9, 2020 an investigation for “rape” and “sexual assault” on minors under 15 years old. Jean-Michel Baylet was heard in open hearing at the end of February by the police. Tuesday’s confrontation could announce an imminent decision of the prosecution which should be, according to sources familiar with the matter, a classification due to limitation, given the age of the facts denounced.

The former president of the PRG (1996-2016) and ex-senator participated four times in left governments under the presidency of François Mitterrand then François Hollande, for whom he was Minister of Regional Planning, Rurality and Territorial Collectivities. Jean-Michel Baylet is also one of the owners and president of the La Dépêche du Midi press group, and is vice-president of the General Information Press Alliance. Current mayor of Valence-d’Agen (Tarn-et-Garonne), he was re-elected to the departmental council of Tarn-et-Garonne but decided to leave the presidency of the department.

Peru declares emergency due to oil spill; there are 21 polluted beaches