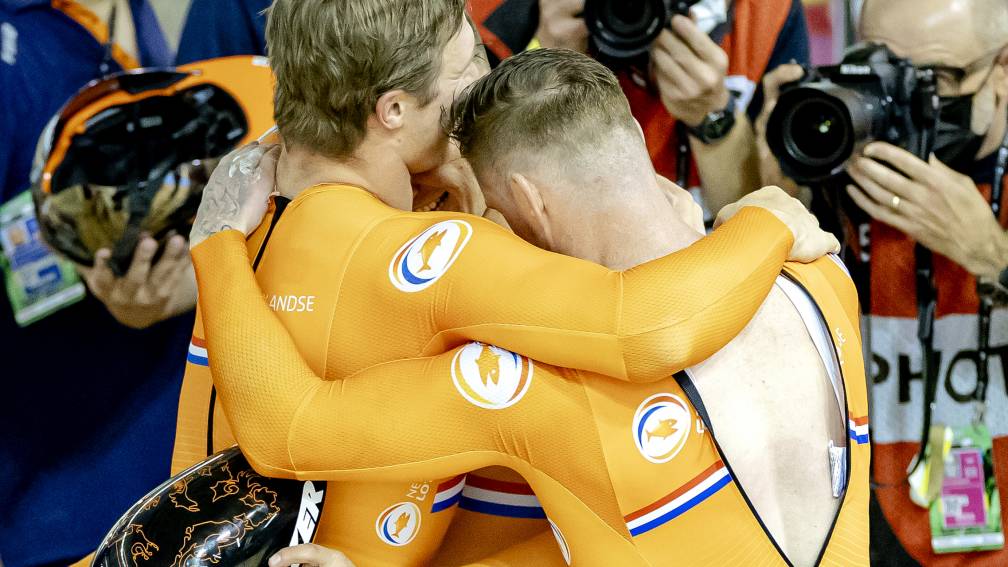 In the run-up to the World Cup, Van den Berg said that his goal is to remain unbeaten with the team until the Paris Olympics in 2024. The ultimate motivation in the absence of serious opponents.

His teammates agree. “I am in favour. I think that is realistic, but difficult. We have to be sharp every game,” said Lavreysen.

Hoogland: “I once heard the statement: becoming a champion is great, but staying is all the better. It is of course the aim. It almost seems as if we can only lose if we are at the start. So. But we’re definitely going to keep that streak alive.”

The season is now over for Van den Berg. Unlike his teammates, he does not compete in individual events. Lavreysen and Hoogland will be at the start of the keirin again on Thursday. “Go on for another week and then the pressure may be off,” said Hoogland, who will also take action this week in the sprint and the kilometer.

Sergio Peña wanted to stop Romelu Lukaku, but he won with power and ended up injured by the Champions League