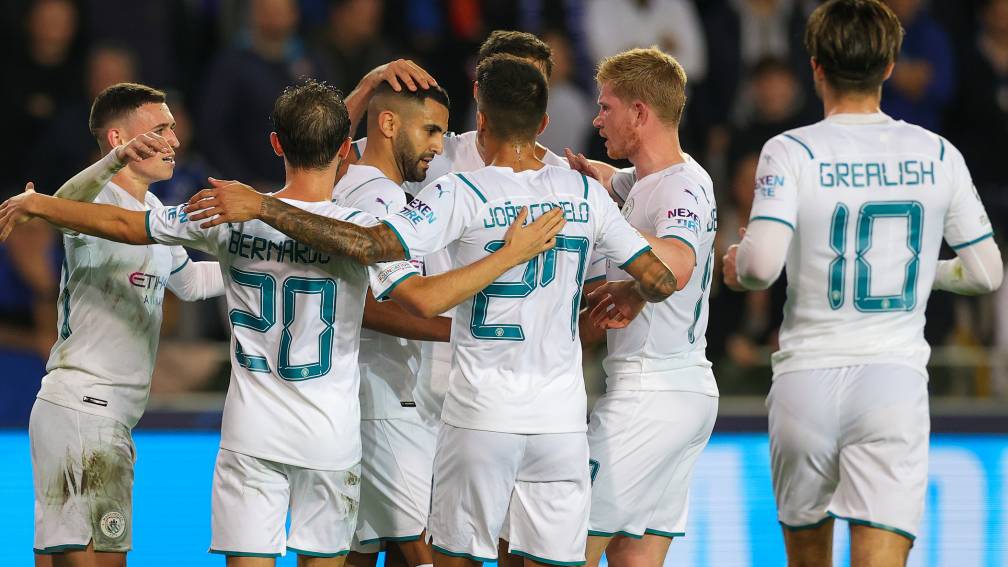 Manchester City have taken the lead in group A of the Champions League thanks to a simple victory at Club Brugge. The English team was lord and master and won 5-1, after also seeing two goals disallowed.

Later tonight, Paris Saint-Germain can again go over City (six points). The French superpower, partly thanks to a draw against Club Brugge, the number two in the group with four points, will play at home against RB Leipzig at 9 p.m.

In Bruges, Noa Lang was the only Dutchman in the starting lineup. His teammates Bas Dost and Ruud Vormer were on the bench, as was fellow international at Orange Nathan Aké on the other side. Dost came on the field fifteen minutes before the end, Vormer and Aké were given half an hour of playing time.

At that point it was already 3-0 for Guardiola’s team, who showed the supremacy right from the kick-off. After two disallowed goals, from Jack Grealish and Rodri, and countless opportunities, João Cancelo broke the ban after half an hour.

The left back dived into the penalty area, was served by Phil Foden with a beautiful pass through the air and made it 1-0. Shortly before half time, Riyad Mahrez scored the second English goal with a penalty.

Camilo, the most laureate of the Monitor Music Awards: what are these awards about?

Gas price is falling again, are we past the worst? That depends on one person

Gas price is falling again, are we past the worst? That depends on one person