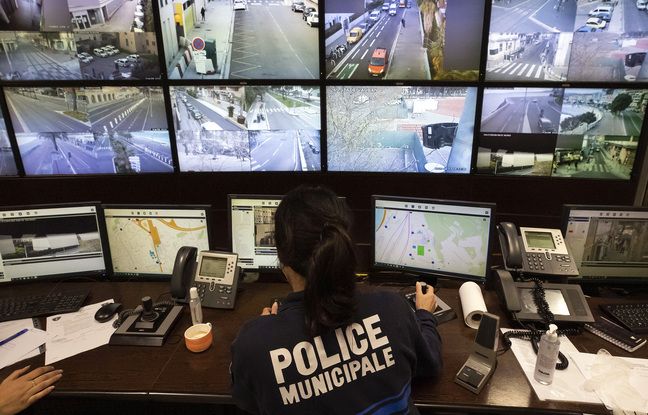 France’s leading municipal police force with 550 agents and 178 ASVP, the most video-surveillance municipality with 3,900 cameras deployed, Nice likes to be at the top in terms of security policy. From this Wednesday, it will host the three-day international conference “Security, democracy and cities”, organized by the European Forum for Urban Security (
EFUS) with 25 countries represented. The opportunity “to discuss the major challenges facing European cities and regions to preserve, strengthen or improve urban security while respecting fundamental freedoms”, communicates the town hall.

For Juliette Chesnel-Le Roux, elected municipal EELV, “we must use this event to work together and listen to what is happening elsewhere”. The city councilor believes that we must think differently about this central theme in the policy of Christian Estrosi. “We do not solve security problems with more and more weapons and more technologies, but with more prevention and collaboration between local actors”.

The city of Nice “attracts, through its experience and its network, start-ups specializing in security,” says the municipality. They come to test their artificial intelligence program in the field. “Thus, this software is integrated into the cameras to detect” abnormal behavior or suspicious packages “. As communicated by the town hall, “since 2008, the city has wanted to become a territory of experimentation turned towards innovation”.

In this way, she was able to test facial recognition during Carnival in February 2019 and other projects are underway such as the analysis of images of accidents by algorithms or the emotion detector. For Philippe Vardon, the elected representative of the National Rally and the Popular Right on the municipal council, “all this technology does not replace hands”. According to him, Nice cannot be “a showcase for security because the reality is that insecurity remains the main concern of the people of Nice”. He refers in particular to the shootings in the eastern neighborhoods and the two attacks that hit the city.

Since the attack of July 14, the town has also accelerated security experiments with, for example, the installation of emergency terminals in the street, 190 today, or the 1,200 warning boxes installed. in public establishments (schools, theaters, university hospitals) as well as private establishments (shops). Ambitions which are sometimes stopped by the National Commission for Informatics and Freedoms (Cnil). The latter has vetoed certain projects such as that of the facial comparison at the entrance of a high school and that of an application, Reporty, which makes it possible to call the municipal police live and in video.