Brittany, the most vaccinated region in France, remains on its guard 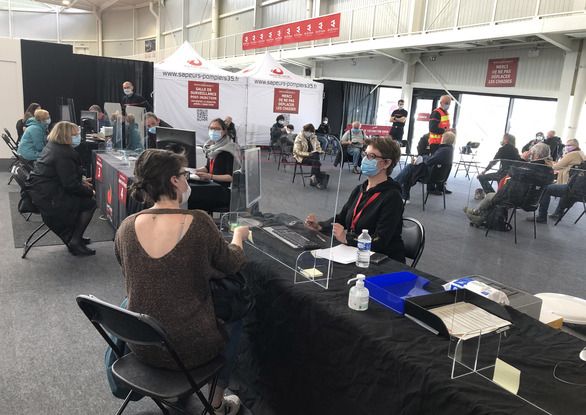 It is well known, Brittany likes to show off its uniqueness. The Covid-19 pandemic is once again proof of this. If the region was the least affected by the virus, it is also the one where the vaccination rate is the highest in France. According to the latest figures provided by the Regional Health Agency, 94.4% of the Breton population has received at least one dose of vaccine, while the national average is 87.9%, and 92.7% of Bretons and Bretons over 12 years old have a complete vaccination schedule. Since the start of the school year, the incidence rate has also plummeted in Brittany with only 26 cases per 100,000 inhabitants recorded on October 8, against 110 on September 3. “We did not expect such a drop, it’s a very good surprise,” said Stéphane Mulliez, director of ARS Bretagne.

With the situation under control, the health authorities could therefore be tempted to ease the pressure a little. It is not so. Because the pandemic has learned for twenty months not to claim victory too quickly. In Brittany, some signals also urge caution. First of all, there is the incidence rate which has been increasing again for ten days now with 36 cases per 100,000 inhabitants in the region. “But we must remain cautious about the analysis of these figures because of the end of free testing,” tempers Stéphane Mulliez. Ditto on the number of hospitalizations which does not decrease any more with approximately 270 or 280 patients in the establishments of the region. “We had 403 in September at the peak of the fourth wave which is behind us”, assures the director of ARS Bretagne.

The health authorities are also closely monitoring the situation among seniors. Because after months of isolation, they have resumed their activities since the start of the school year, relishing the joys of tea dances or parties of belote. But the barrier gestures may have remained in the locker room because six clusters were recently detected in places of activities for seniors in Brittany. “Vaccination allows them to protect themselves against serious forms of the disease, but we must not relax,” warns Stéphane Mulliez.

On vaccination, ARS Bretagne also hopes to make further progress, especially among 25-49 year olds. “We still have 10% of this age group to look for, it is more than among young people or the elderly”, specifies Anne-Briac Bili, chief of staff at ARS Brittany.

More worryingly, around 3,000 people over the age of 80 remain unvaccinated in the region. Some are resistant to it and will never be vaccinated. But for others, isolated or fragile, the solution could be home vaccination. “There has already been an experimental phase in Finistère, underlines Anne-Briac Bili. We are now waiting to see how we can put this in place throughout the territory from a technical and logistical point of view. “