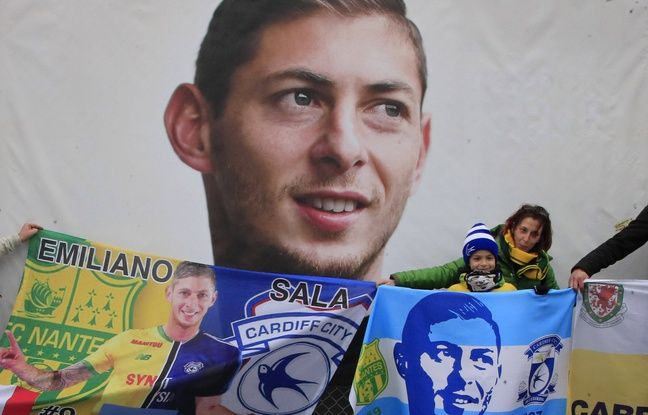 Since the drama, he is sometimes referred to as the “phantom pilot”. A man suspected of having organized the flight that transported footballer Emiliano Sala, who died in the plane crash in the Channel in 2019, is on trial from Monday in a court in Cardiff, Wales. David Henderson, 66, is accused of acting in a reckless or negligent manner that could have endangered the plane in which Emiliano Sala was traveling.

The small private plane aboard which the 28-year-old Argentinian player and pilot David Ibbotson were on crashed in the English Channel on January 21, 2019. The FC Nantes striker was joining Cardiff City club, where he came from. be transferred for 17 million euros. The player’s body was found in the carcass of the aircraft, more than two weeks after the accident, at a depth of 67 meters. The body of the 59-year-old pilot has not been found.

Too high a speed

In its final report published in March 2020, the British Aviation Accident Investigation Bureau (AAIB) estimated that the pilot lost control of the aircraft during a maneuver performed at too high a speed, “probably” intended to avoid bad weather to be able to fly on sight. The aircraft, a Piper PA-46 Malibu, crashed in flight because the maneuver was performed at excessive speed. Investigators also believe that the pilot was “probably” intoxicated with carbon monoxide by the engine exhaust system.

Investigators also pointed out that the flight was not carried out under conditions that comply with the rules that apply for commercial flights. The pilot sailed by sight, at night, in difficult weather conditions when he did not have the license to pilot this type of plane or to fly at night, they noted. The plane was launched at a speed of 270 miles per hour (435 km / h) at the time of impact with the water, according to the AAIB, excluding any hope of survival.

The flight was chartered by British pilot David Henderson, before he inexplicably gave way to David Ibbotson, the pilot behind the crash. A trip made at the request of the intermediary Willie McKay and his son Mark, the agent mandated by Nantes to carry out the transfer of Sala. The Cardiff club had assured to have offered a commercial flight to the player, who had declined.

David Henderson had pleaded not guilty to breaches of air navigation law in a previous appearance in October 2020 in Cardiff court. At the end of this hearing, this man from East Yorkshire (northern England) was released on bail pending trial.