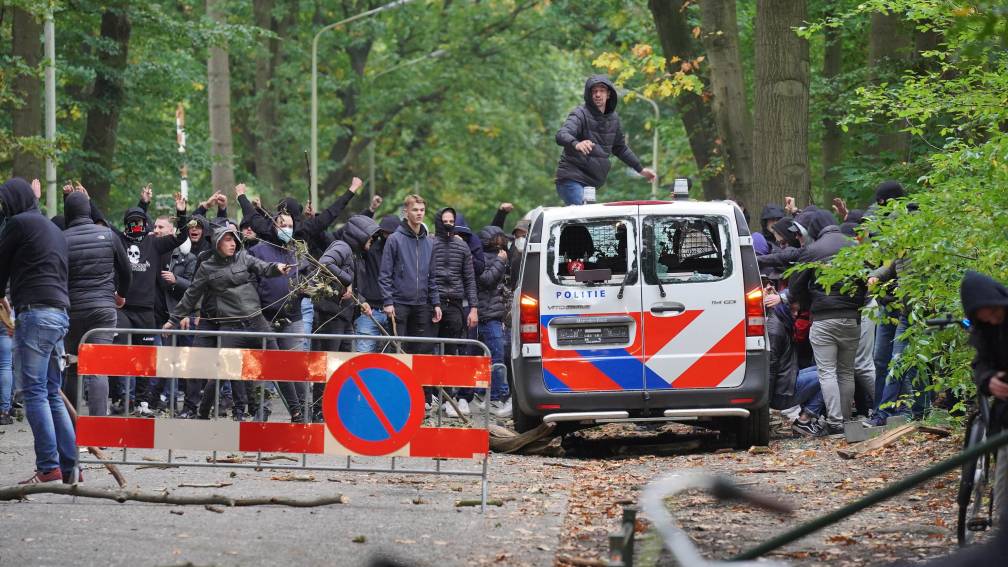 Omroep Gelderland no longer reports on football matches and risk demonstrations. That says editor-in-chief Sandrina Hadderingh, after another reporter team from the regional broadcaster was attacked by “so-called fans” yesterday afternoon.

“It’s very bitter, but we’ll stay away from football matches from now on,” Hadderingh said. “It is impossible to report events outside the stadium.”

Yesterday afternoon a reporter was verbally harassed and hit by a scooter at the Goffert stadium in Nijmegen. Football club NEC lost the regional derby to Vitesse there with 1-0. “We are considering filing a report and will certainly report to PersVeilig,” emphasizes Hadderingh.

Not the first time

It is the umpteenth incident for Omroep Gelderland. Earlier this year, journalists from the broadcaster were chased by angry “fans” of De Graafschap after their club lost a promotion chance. The journalists were able to reach their car just in time. A journalist from another medium was hit.

According to Hadderingh, it seems that threats are now part of the profession. “But that is of course nonsense. Our people must be able to do their work safely and that is no longer possible in many places today.” She therefore no longer wants to expose her staff to possible incidents in the future.

Marcel Gelauff, chairman of the Society of Editors in Chief, speaks of a “shocking decision”. He finds it understandable, because Omroep Gelderland opts for the safety of journalists. “This is definitely a new low for journalism,” says Gelauff.

Peter ter Velde, project leader at PersVeilig, also understands Omroep Gelderland’s decision, but calls it “an in and in sad decision”. That it had to come to the point where the work of journalists is made impossible is, according to him, “not good”.

“But if it goes so far that media organizations for the safety of their employees just leave stories behind and decide not to go there anymore? That is a decision that goes so far.”

Free press is a pillar of the rule of law

“The essence of the journalistic profession is to be where the news is,” says the PersVeilig project leader. “If that is made impossible, a large part of press freedom will disappear.” And with that, the free press, one of the pillars of the rule of law, is under pressure.

If journalists can no longer report, then “the end is really lost”, says Ter Velde. “Then you apply a kind of self-censorship. I hope that people realize that media is important in our constitutional state.”

Omroep Gelderland will continue to report football matches online. “We are relatively safe in the stadium. Unfortunately, interviewing fans in the stadium is prohibited. ESPN claims the rights and does not tolerate other cameras in the stadium. We are therefore dependent on the public space for news coverage and that is not safe,” says editor-in-chief Hadderingh.

The regional broadcaster will no longer use reporters for risk demonstrations.