KNVB and clubs reject fan violence: ‘Discussing how to turn the tide’ 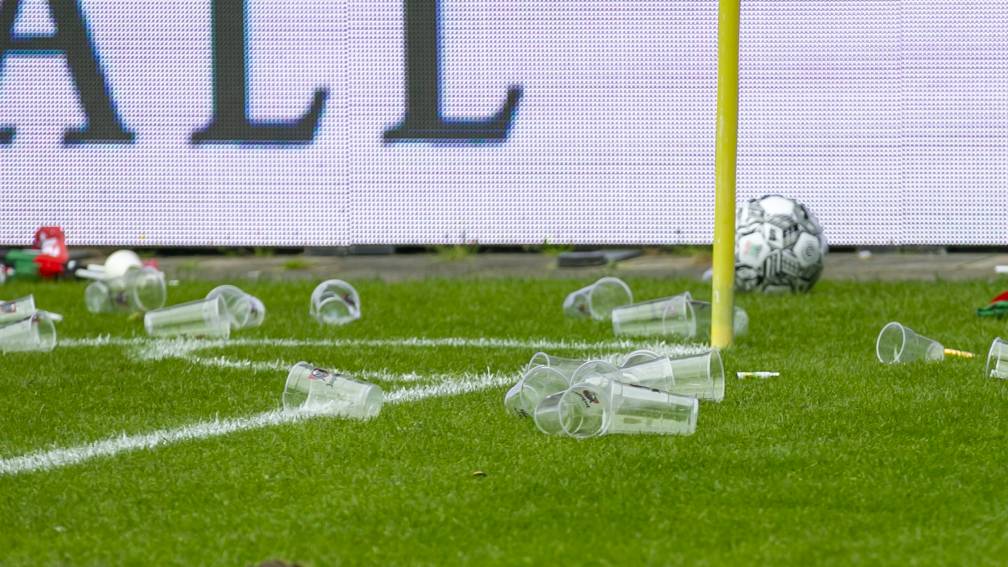 In the coming days, the KNVB will consult with all clubs in Dutch professional football about measures to stop supporter violence in and around the stadiums.

“Professional football has had to do without an audience for quite some time due to the corona measures. Fortunately, everything has been rebuilt since the summer to (almost) the ‘old normal’ with full stadiums. Unfortunately, after about ten rounds of play, we have to conclude that supporters are have not yet been able to behave normally in all matches: players have been pelted with plastic cups of beer, specific people and population groups have been insulted with chants and violence took place outside the stadium in some duels.”

In the Gelderland derby between NEC and Vitesse, all the aforementioned excesses were reflected. At the end of September, four matches in professional football (FC Utrecht-RKC Waalwijk, Go Ahead Eagles-PEC Zwolle, FC Groningen-Vitesse and NAC Breda-FC Emmen) were stopped in a short time due to irregularities.

At the time, the KNVB – through competition manager Jan Bluyssen – also expressed its concerns about the excesses. The football association thought that taking strict measures was still a step too far.

The next step of the internet: how Facebook wants us to walk around in the digital world

The next step of the internet: how Facebook wants us to walk around in the digital world