Criticism after the collapse of the grandstand: ‘Every stadium must be prepared for a rushing crowd’ 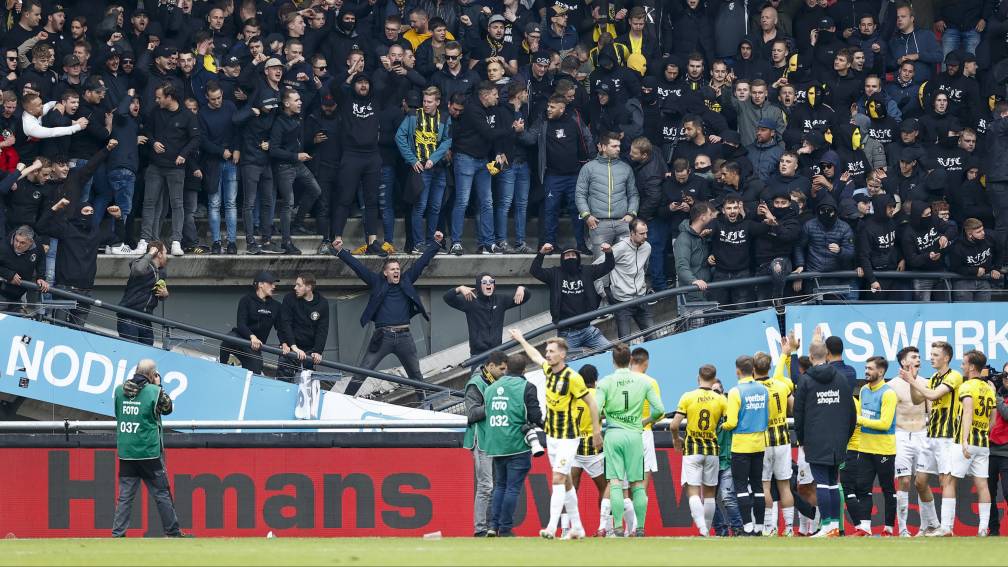 Yet there is also criticism. Former real estate manager of PSV Frank Wijnveld has been warning for years about inadequate control of Dutch stadiums. “When I saw this I thought: here we go again,” he says in the NPO Radio 1 program Nieuws en Co.

“The construction safety control model is not correct. Once a year, the KNVB has clubs complete a safety statement. The mayor, stadium owner and police sign it. Then it is allowed to play in the stadium,” Wijnveld explains.

The KNVB therefore arranges the administration, but the actual control is carried out by the owner of the stadium – that is the club or the municipality. These checks differ per municipality.

‘It’s a shame that this is happening’

Besides Wijnveld, Rob Nijsse, professor of civil engineering at TU Delft, is also critical. “That annual check is really not a good check.” According to him, the focus is mainly on the surface: is there, for example, rust formation or concrete rot? According to him, little attention is paid to the construction itself.

The professor continues: “Stadiums are exceptionally heavily loaded by dancing crowds. You have to check that very carefully, you must not just look superficially. I think it is a shame that these checks are still going on.”

Nijsse even speaks of serious negligence: “It has now ended well because a container happened to be under it. But you could have had the death of visitors on your conscience, as a stadium owner.”

‘A stadium must be prepared for a jumping crowd’

He categorically disagrees with Plass’ conclusion that the rushing up front could not have been done better. “Visitors expect that they can safely go to a match. You can’t say that they are not allowed to race against an enthusiastic group of supporters. Every stadium has to be prepared for a jumping crowd, ready.”

An accident in a stadium can absolutely happen again, Nijsse warns. “Every stadium is different; one stadium is made of steel, the other of concrete. That is why a list of critical points must be made per stadium and these must be checked annually. It is two years after Alkmaar, and we are still dealing with it to mess around. You just can’t.”

The golden reading tip: ‘Make room in your life for what really matters’

The golden reading tip: 'Make room in your life for what really matters'