Tribune with Vitesse fans collapses at NEC: ‘Container underneath has prevented worse’ 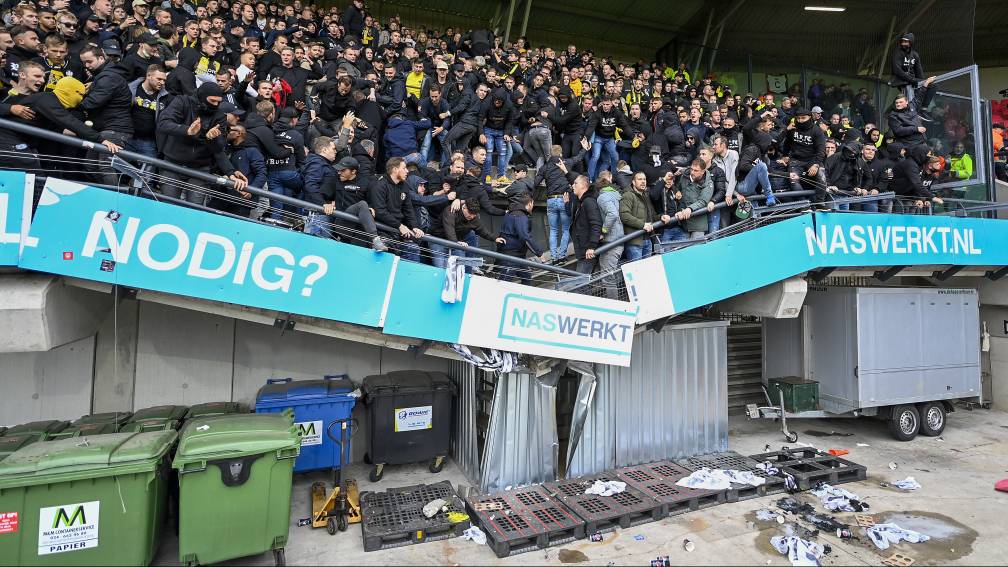 Part of a grandstand in the Goffert Stadium in Nijmegen broke down on Sunday after the NEC-Vitesse derby (0-1). While fans from Arnhem were jumping up and down in their section in front of the players, the lower part of the stand collapsed.

“As far as I know, there are no injuries,” NEC general director Wilco van Schaik said in an initial response. “I’m speechless. All kinds of things are going through your head. There was a container under that grandstand and it has prevented worse.”