L214 calls on Burger King on the fate of farm chickens 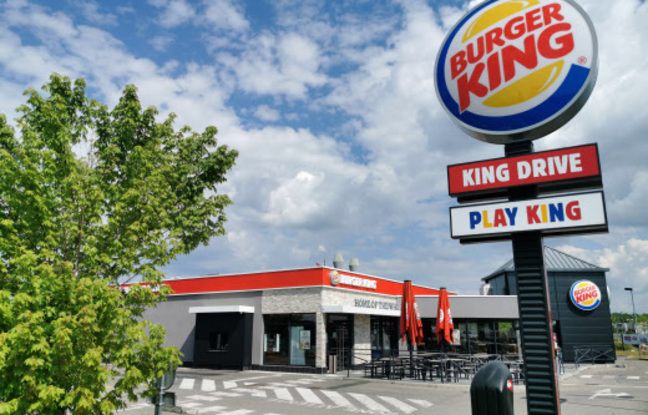 Activists from the animal rights association L214 demonstrated on Saturday in front of several Burger King restaurants in France to urge the brand to sign a European charter setting standards in order to limit the suffering of farm chickens.

In Bordeaux, a dozen protesters dressed in black gathered in front of the restaurant on the city’s main shopping artery, AFP noted. With their T-shirts and caps hijacking teammates’ uniforms and displaying a bloodied logo of the ensign, they displayed signs showing chickens that were obese, slumped on themselves or hung up by their paws before being plunged into a tank. electrified and bled water bath.

“Burger King has still not made a commitment to the European chicken commitment which is a commitment at European level which consists in eradicating the worst practices of raising and slaughtering chicken,” Gaëlle, a local manager, explained on site. from the Association. “Yet some of their fast food competitors have done it,” she added.

Events in Lille, Lyon and Reims

In Lille, the activists numbering thirty deployed a carpet “Welcome to the kingdom of cruelty” at the entrance of the northern restaurant, echoing a video from L214 specifically targeting Burger King, put into circulation on the networks social. In Reims, three women and three men are stationed in front of the restaurant front, brandishing photos of huddled poultry or beds of excrement.

Gatherings also took place in Lyon according to the prefecture, as well as in Amiens according to Courrier Picard or in Rouen and Bayonne according to France Bleu.

In total, L214 aimed to have a presence in around thirty French cities.

“We would like animals to no longer be considered as food”

The “European chicken commitment” has already been signed by brands such as Sodexo, KFC, Pain Quotidien, Danone or Ikea, according to the charter’s website. This includes the use of slower growing chickens, a lower stocking density (30 kg / m2 maximum, natural light and perches.

“We would like animals to no longer be considered as food,” Gaëlle explained in Bordeaux. But we are also pragmatic, we know that small advances are possible and that we can ask such brands to position themselves in order to reduce ever further the suffering of a large number of animals. “