Alejandro Gaviria has already obtained 500,000 signatures for his candidacy for the presidency 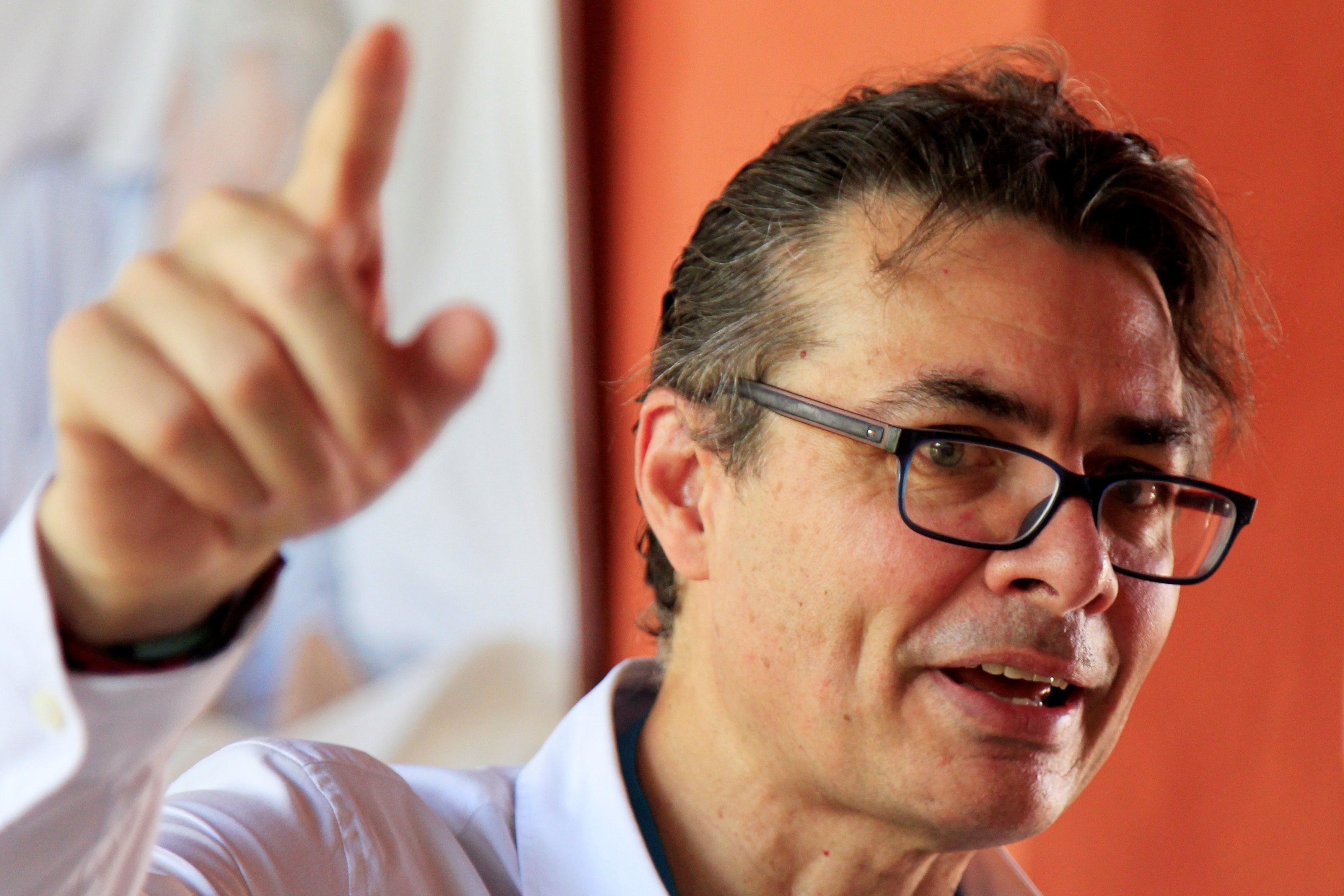 There are still seven months to go until the first round of the presidential elections in Colombia. However, the different candidates who tour the country these days continue to give strength to their campaigns in order to ensure their appearance on the voting card. Among them is Alejandro Gaviria, who today announced a new achievement for his intentions.

Two and a half months after launching his candidacy as an independent, the former rector of the Universidad de los Andes confirmed this Saturday, October 16, that he already has 500,000 signatures that he needs to make his candidacy a reality. The goal, he added after expressing his gratitude to those who have joined his efforts, is to exceed 1,200,000 rubrics.

“I want to tell you that we have already reached 500,000 signatures. Many thanks to the volunteers, many thanks to the citizens who have signed. Thank you all for the support and trust. We continue forward, we continue in this fight. Very soon we will reach our goal of 1,200,000 signatures“Said the Antioquia candidate in a video published through his social networks.

Curiously, the data is known the same day that a new opinion poll commissioned by the Semana Magazine to the National Consulting Center comes to light. It would indicate that Gaviria is not as well positioned as those 500,000 indicate.

After all, the intention to vote is led by Gustavo Petro, with 19.7% of those surveyed leaning in his favor. Behind are Sergio Fajardo (5.8%), Rodolfo Hernández (4.6%), Juan Manuel Galán (4.2%), María Fernanda Cabal (3.2%), Federico Gutiérrez (3%) and only up to the Alejandro Gaviria appears in seventh place with a margin of 2.6%.

It continues to be above, yes, other strong names such as Óscar Iván Zuluaga, who reached the second round of the 2014 presidential elections; Jorge Enrique Robledo, David Barguil, Enrique Peñalosa, Rodrigo Lara and Roy Barreras.

Of course, it is a survey hired by a media outlet in a period well in advance of the elections, but it does not stop serving as a thermometer for what is happening in the country. Even more so with the uncertainty generated by possible alliances and unconfirmed support.

In the case of Gaviria, these would translate into the form of the Liberal Party, led by César Gaviria, and some loose fronts of the Green Alliance. These same have earned him criticism and even rejection from other sectors of the center that, although they would seek to unify, assure that they are not willing to embrace that side represented by the former president.

In this regard, the candidate has already indicated that “César Gaviria has expressed sympathy, even more personally than partisan about this candidacy, but he does not know the campaign headquarters.”

“These are things that are said in politics, trying to identify a candidate with a certain political boss because they believe that this will have an impact, but from day one I have said that this candidacy has no owner, but is inclusive. If the political center is not inclusive, it has no future, and I am not going to reject the liberal youths or any congressman who does not have any ethical questions and says he wants to work on my campaign”, He stressed

Thus, and with the intention to vote, Gaviria has experienced in the aforementioned survey, among others, which average around 3%, the former minister of health would get some 600,000 votes, based on an electoral census of 20 million people. However, when looking at the census of the Registrar’s Office, which is of 38’636,035 potential voters, there would be 1,159,081 votes.

“It is a triumph in the fight against drug trafficking”: Iván Duque celebrates the extradition of Alex Saab

7 million people must be vaccinated before November 15: MinSalud

Omar Sy is another charming master thief in the first images of ‘Lupine: Part 3’ – Paudal

‘The Crown’ returns, fifth season can be seen on Netflix from November