A day with the organ donation coordinators at La Pitié

Here, nurses no longer heal bloody wounds, but the hearts of bereaved families. This Wednesday morning, the atmosphere is calm at the organ and tissue donation coordination service of the
Pitié-Salpêtrière hospital (Assistance Publique Hôpitaux de Paris). The four coordinating nurses serve as a control tower at the Paris hospital to save a kidney, a heart or a cornea. Far from morbid images, Frank, Aline, Christine and Viviane explain how they exercise a fascinating and little-known profession.

Their mission: to identify the rare patients who can donate their organs and tissues. “People do not imagine all the conditions required”, introduces Viviane. For twenty years that she has worked here, she has calculated: on average, the service removes 36 deceased from 78 potential organ donors per year.

“We are all considered as potential donors”

Because the constraints are heavy. In addition to age limits and contraindications (HIV, tuberculosis or active cancer, Covid-19, etc.), the context weighs: if an organ is not oxygenated, it is damaged. This is why 90% of donors are in a state of brain death: their brain no longer responds, but their heart beats with the help of machines. It is then up to the team to verify that the deceased wished to donate his organs and tissues.

“In France, we are under a presumed consent regime: we can all be recipients, so we are all considered as potential donors,” sums up Frank. Unless the deceased expressed his refusal during his lifetime, either by entering the organ donation refusal register, or orally or in writing to his relatives. In twenty years of practice, Viviane has never taken charge of a deceased person registered on the register … 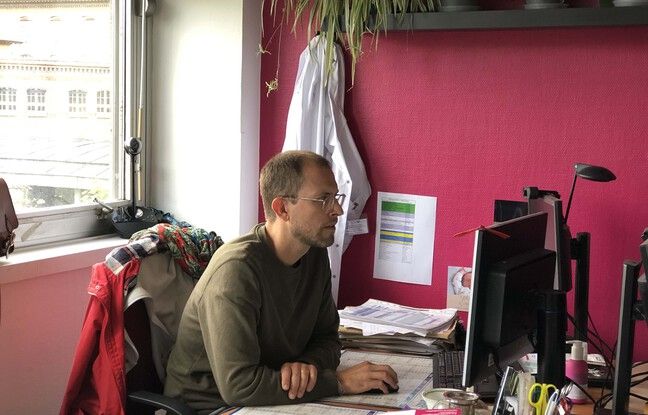 Frank has been a nurse coordinator for organ and tissue donation for over eight years at the Pitié-Salpêtrière hospital (AP-HP). – O. Gabriel / 20 Minutes

Each morning, the group begins by looking to see if the people who died during the night at La Pitié can donate their tissues. “For the cornea, you can donate until the age of 90, this is the most common donation. For the epidermis, it is 75 years. And 65 ships, ”says Frank. This Wednesday, the three people on the list have contraindications.

12:41 p.m., all eyes are on the ringing on-call phone, for which Aline is responsible for 24 hours. “Did you do an MRI?” », She asks the shea doctor. A thirty-something went into cardiac arrest a fortnight ago. After several catastrophic examinations, the cessation of therapy is considered and relatives warned. “He has no history,” says Aline. “At that age, you surprise me, it’s awful! Frank breathes. An investigation then begins to gather important information: diseases, reasons for the cardiac arrest, summary of the thirteen days of hospitalization, blood tests to find out if the organs are transplantable… “For this type of patient, we could take the liver, lungs and kidneys, Aline list. As for the tissues, for the cornea and the vessels, it is good. For the bones and the epidermis, impossible, because he remained more than five days in intensive care. “.

To open a “Crystal folder”, which generates a number to anonymize the patient, the nurse must fax the patient’s blood group card to the
Biomedicine Agency. At 13:37, Aline calls the Agency to make a “pre-alert” and transmit as much information as possible to recheck if this man could donate some of his organs. 2:30 p.m., she finds the doctor who followed the patient in intensive care to take stock, before meeting the relatives at 3 p.m.

These interviews with families are the heart of the profession of these nurses. With a nuance of size: they must collect a testimony of what the deceased wanted, not the opinion of relatives. However, the majority of accompanied families have no idea. So it takes a lot of listening and empathy to understand who the missing person was. “They have just learned of a disaster and we enter into their privacy, illustrates Viviane. Sometimes we discover family secrets. “

These interviews can go on for hours despite the urgency, which these families understand. “Some people imagine that we will not return the body to them, that it will be scratched, disfigured, regrets Frank. It is surgeons who operate, we close the body, the scar is aesthetic, we wash the patient before returning him to the family. For the cornea, it is not the eye that is removed, but only the transparent film that captures the light, and it will be replaced by a lens. When things get stuck, these nurses don’t go to conflict. And whether or not there are samples, they accompany these grieving families. “On average, 30% of families refuse organ donation,” explains Viviane.

“We are often compared to conductors”

Once all the boxes have been ticked and the family’s approval has been obtained – steps that can take 24 hours – these coordinators notify all the caregivers involved, choreographing the meticulous ballet of the hepatic, thoracic and ophthalmic surgeons in the block. organ is lost. “For the heart, we have four hours, insists Viviane. We are often compared to conductors. We also guarantee that only what has been planned is taken. “Because a family can agree to donate only tissues or certain organs… 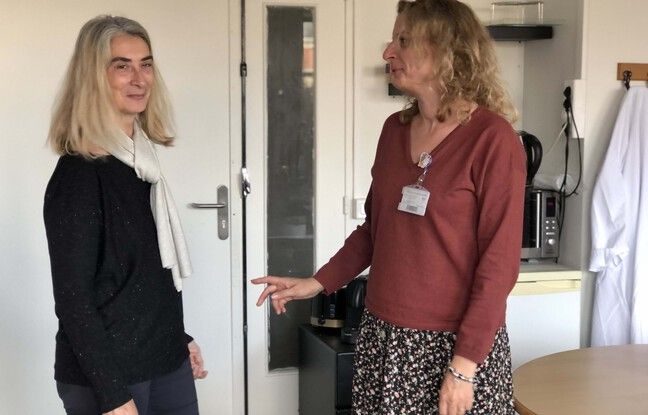 At the end of the day, Christine and Viviane share anecdotes about significant encounters with certain families that they have accompanied. – O. Gabriel / 20 Minutes

In France, organ donation is free and anonymous. This is why there is a team for the harvest, and another for the transplant. These nurses never know which patients will benefit from the organs removed. It is the Biomedicine Agency which makes the link between the hospitals which give and those which transplant. She is also the one who keeps the files anonymized.

Donor families can still ask coordinators for recipient news months or years later. Moreover, this Wednesday morning, a woman telephones to find out if her husband’s organs have helped other patients to live. “All transplant recipients are doing well today,” Viviane replies. In front of her, the computer displays neither name, nor age, nor sex, but only “functional graft”. Two words that represent comfort.

“Failure is when the question of donation is subjected to violence”

“Everyone has the right to decide whether they want to donate or not after their death. The important thing is to say it to avoid dilemmas for relatives, insists Frank. Sometimes I am told “you must be disgusted, the family said no”. Not at all, failure is when the question of donation is subjected to violence. “

“When there are conflicts in families, they sometimes emerge at this time, tempers Christine. We are often told “this profession must be terrible”, but it is not our mourning, our deaths. We were not in the care, we did not create a bond. But when they are young, when they are the age of our children, it is hard! I clearly remember an interview with the parents of a 16-year-old girl who was lost in an accident. The day when we will no longer have any emotion in the face of grieving families, it is because we will have become robots… ”

But it’s not just the tears that they share… and debrief. “Do you remember that family who made a guard of honor, an ola, with a priest and a rabbi?” », Asks Viviane. “And that girl who asked me to burn a photo of her father with a candle?” Christine bounces. I wasn’t going to do that in the office anyway! So with Viviane, we went to the hospital’s donor recognition stele. “And Viviane concludes:” When relatives leave, they often say thank you. It will always amaze me. “