Two days after workers from the ICA Fluor company, which is leading the construction work at the Dos Bocas refinery, demonstrated to demand better job benefits, the Secretary of Energy, Rocío Nahle, met with them in Tabasco.

In a message on her social networks, the head of the agency assured that the emblematic work of the government of President Andrés Manuel López Obrador (AMLO) continues its construction “hand in hand with Mexican workers.” 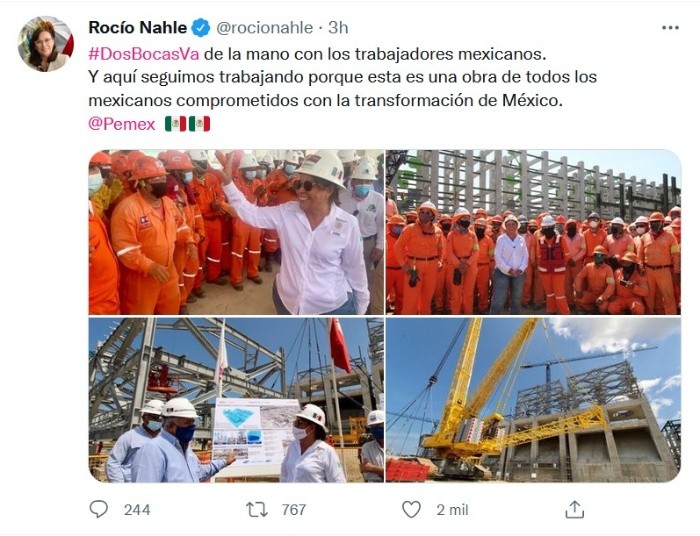 In the publication, in which he also shared four photographs in which he is seen with workers from the work during a tour of it, Rocío Nahle assured that the work remains in place in favor of the Mexicans.

“And here we continue working because this is a work of all Mexicans committed to the transformation of Mexico,” he wrote.

Within the mobilizations, which lasted until Wednesday, the workers requested greater benefits, overtime pay, as well as a salary increase.

However, due to the protests, a clash with elements of the National Guard took place on Wednesday, resulting in at least four workers injured and three men arrested.

After the incident, it emerged on Thursday that more than 500 workers had lost their jobs for participating in the demonstrations; however, ICA Fluor later clarified that this version was incorrect.