Workers, students, rectors and the entire community of the University of Guadalajara (UdeG) left the Museum of Environmental Sciences to Casa Jalisco this morning to deliver 359 thousand signatures against the budget cut.

In front of hundreds of people gathered at the Museum, which is in front of the Telmex Auditorium, the rector general, Ricardo Villanueva, pointed out that the construction of the museum “is the last opportunity we have to raise awareness of how we are in the environment.”

In addition, he pointed out that there are already 59 days in conflict while the money must arrive on December 31.

“If he does not arrive, we will continue defending him. But it will also be a diversion of appeal ”, assured Villanueva.

For his part, the museum director, Eduardo Santana, affirmed that international environmental experts spoke out in favor of the museum and against the cut of 140 million pesos.

“We started a project that was enriched with the contribution of international guests. Now, even before opening the doors, this conflict tells us that it is considered valuable beyond the borders of Jalisco and Mexico, ”he said. 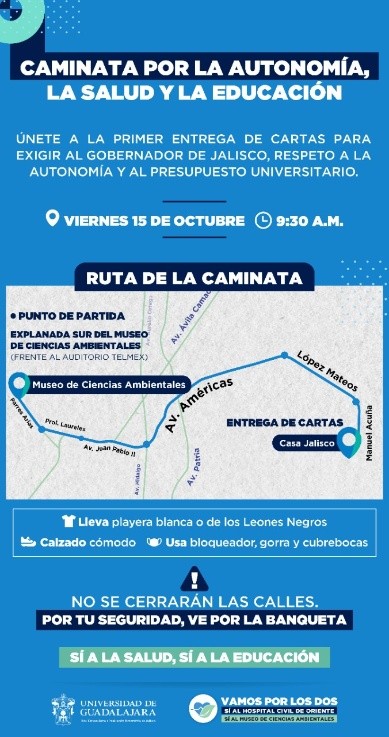