Tuberculosis: the rebound of the epidemic is “very worrying”, worries a specialist 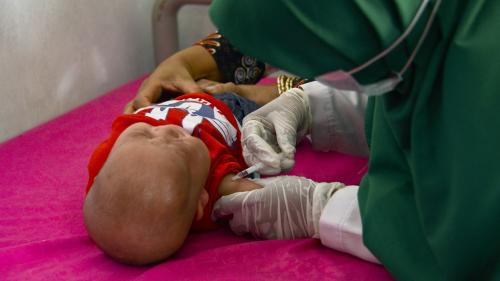 The rebound of the tuberculosis epidemic is “very worrying” and the “trend is on the rise this year”, worries on franceinfo Thursday October 14 Éric Fleutelot, technical director of the health department of Expertise France who heads the pole ” major pandemics “. This French agency works under the supervision of the Ministry of Foreign Affairs and the Ministry of the Economy. For this specialist, “the delays that we are taking in the fight against tuberculosis cannot be made up”.

Deaths from tuberculosis are on the rise for the first time in more than a decade due to the Covid-19 pandemic, which is disrupting access to health services, said the World Health Organization (WHO ) Thursday, in its annual report for 2020. The total number of tuberculosis-related deaths stands at 1.5 million in one year and the number of people who have not been tested has increased from 2.9 million to 4.1 million.

franceinfo: Is this rebound worrying?

Eric Fleutelot: It is even very disturbing. What the WHO report explains is that there is an upward trend that is expected to worsen this year. And the problem is, the delays we are taking in the fight against tuberculosis cannot be made up. The Covid has resulted in lower attendance at health facilities, whether in rich countries or in poor countries. This is particularly true in middle-income countries where the increase is larger, such as India, Indonesia or South Africa. Not being diagnosed with the disease leads to a faster progression, but also an increase in transmission.

Will the number of cases explode in the coming months?

An explosion is a bit strong, but a progression for sure. Because at the same time, there is a progression of cases of “resistant” tuberculosis. That is, this form of the disease is able to withstand the first treatments for the disease. The situation will become extremely complicated in the intermediate countries.

Where in the world is this disease present?

Everywhere, because we have never succeeded in eradicating tuberculosis, including in France or in rich countries, even if in France we are very successful in controlling it. Tuberculosis remains the disease of the poorest people, mainly because the poorest are confined and many live in small spaces. This increases the transmission of the disease. Also because there is a link with food. Because the more malnourished we are, the more chance we have of catching the disease. The last aspect is that the poorer you are, the less you have the possibility of paying for health care services. It should be remembered that this is a disease that can be prevented because there are screenings and treatments.