The mayor of Marseille expects Macron “a decision” on schools 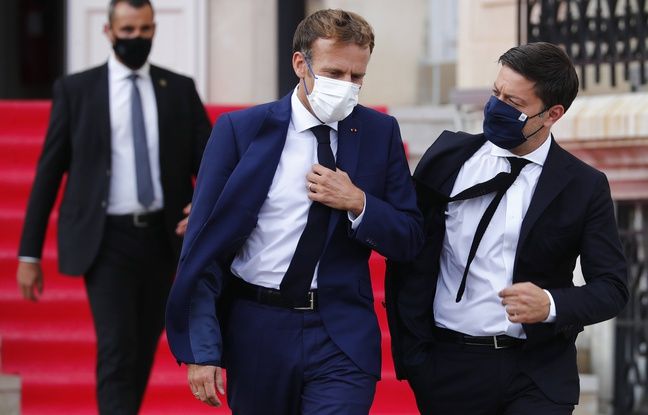 “Now we are waiting for a ‘go’”. The mayor of MarseilleBenoît Payan (PS) explained on Friday that Emmanuel Macron expected a “decision” on the amount of aid promised by the Head of State as part of the “Marseille en grand” plan

Emmanuel Macron is expected this Friday at the end of the afternoon in the second largest city in France for “a first review of the commitments” made in early September, when he announced a major aid plan relating in particular to the renovation of schools, transport or accommodation.

Schools in Marseille: “We are expecting substantial aid from the State, a real partnership (…) to renovate 300 schools”

“Since March, we have been working with state and city services. When the president came in early September, he asked us to rework. On Monday, I went to see the Prime Minister, I gave him the final plan. Now we are waiting for the Head of State’s decision on the amount [de l’aide] and the way it works, ”explained Payan on France 2.

The total amount of this plan has not been formally established, but the State’s participation is estimated at 1.5 billion euros, excluding school renovation.

“The more state aid, the better”

Benoît Payan presented on Monday an “unprecedented” program for upgrading schools which he estimated at 1.2 billion euros.

“We are expecting substantial aid from the state. We are not here to be the carpet merchants. What we said to each other with the Head of State is: let’s build a real partnership. The State can come and help with women, men, engineers and architects to work on all of this, ”explained the mayor of Marseille.

Recalling that a “dedicated company” should be created to “rebuild 175 schools” and “renovate 300 others”, he insisted on the urgency of the financial commitment of the State.

The proposals of Brother Aloïs for the synodal process

Weather in Tonalá today: the forecast for Friday, October 15, 2021

“Joining NATO is not on the agenda, but it is a future possibility”

Weather in Tonalá today: the forecast for Friday, October 15, 2021