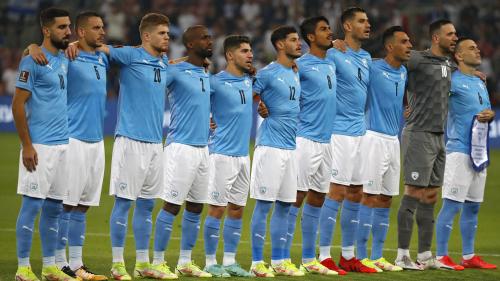 A World Cup in Israel, is it really possible? Gianni Infantino, who was making his first official visit to Israel on Monday, October 11, has speculated that he will co-host the 2030 World Cup with the Hebrew state. An idea proposed at the inauguration of the Friedman Center “for peace” at the Museum of Tolerance in Jerusalem, a center created by the former ambassador of the Trump administration to Israel, David Friedman.

To justify this project, the president of Fifa relied on the Abraham’s agreements, negotiated by the United States and signed last year by Israel to make peace with the United Arab Emirates and Bahrain.

In their discussion, the FIFA President raised the idea that Israel would host the #WorldCup in 2030, together with other countries in the region, most notably with the United Arab Emirates. pic.twitter.com/bCkC5O3Iad

At the end of the ceremony, Gianni Infantino spoke with Hili Tropper, Israeli Minister of Sports and Culture, on this potential cooperation between Fifa and Israel. The aim, however, would be to centralize the 2030 World Cup around the United Arab Emirates by including Israel, the office of Israeli Prime Minister Naftali Bennett announced after a joint meeting on Tuesday evening.

But to hope to co-organize the event, Israel must temper diplomatic tensions with neighboring countries as much as possible. In this sense, Israel signed normalization agreements with the United Arab Emirates and Bahrain in September 2021. Only Egypt and Jordan have so far maintained diplomatic relations with Israel, with other countries in the region refusing any relations as long as the conflict with the Palestinians was not resolved.

If Israel struggles to negotiate and have diplomatic relations with other countries, especially those in the Middle East, this is partly due to its historical tensions with the Palestinian territory. Latest events, on September 26, tensions erupted between the two camps and five Palestinians were killed in clashes with the Israeli army, which was carrying out a military operation against Hamas.

An easing of tensions would probably increase the chances that the two parties would be at the heart of a common project. This is in any case the wish of Infantino, he who welcomed the “historic agreement” between Israel and the Emirates. “With Abraham’s accords, why can’t we dream of the World Cup in Israel and its neighbors? “, asked Gianni Infantino.

Another problem facing Israel is competition. Portugal and Spain have already officially announced their interest in the 2030 World Cup, and China is also a possible candidate. Uruguay, Argentina, Paraguay and Chile are considering a joint candidacy to represent South America, just like the four British associations, in collaboration with Ireland. Without forgetting “the four Orthodox”, made up of Bulgaria, Romania, Serbia and Greece. The tournament is due to be awarded by 2024.

Fifa must also face the controversies that accompany the World Cup in Qatar, namely the poor record in terms of Human Rights, and in particular the scandals around stadium construction sites, but also several allegations of corruption in the organization of the event.