Tour de France women: the winners will receive a total of 250,000 euros in prizes, according to its director Marion Rousse 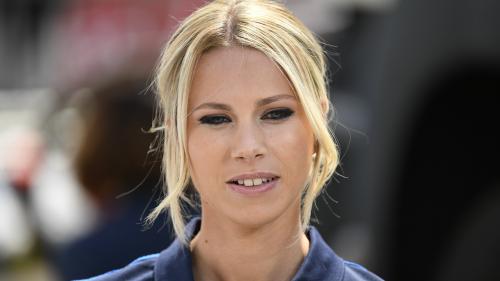 The director of the Tour de France women said Thursday, October 14 on franceinfo that “250,000 euros in total prizes” will be awarded when the winner of the Tour de France men alone receives 500,000 euros. Appointed at the head of the race, the former champion Marion Rousse, who is also a consultant for France Télévisions, will present the route of this event of eight stages, which will take place from July 24 to 31, 2022.

franceinfo: You are now director of this new Tour de France women. Did you hesitate, even for a moment, to accept?

Marion Rousse: Honestly, I didn’t hesitate for long. It must have played out in maybe three seconds. It is true that when Christian Prudhomme [directeur du Tour de France] contacted me, told me about this project to appoint myself director of the Tour de France women, me who has been a professional cyclist, who has seen the evolution of women’s cycling from year to year, it is now consistent to to do this benchmark race which was missing from the UCI calendar.

“I am delighted to have a now important role in the development of women’s cycling.”

The race existed in another form, between 1984 and 2009, it took place under the name of the International Women’s Grande Boucle. In your former champion career, would you have liked to compete in this Women’s Tour de France?

Yes, but afterwards, I’m not bitter. I’m not the type to ruminate, to say to myself: it’s a shame, I should have been riding a bike ten years later. No, that’s how it is. I have known the races where we were hosted in high schools and the organizers did what they could, unfortunately. But women’s cycling has evolved. There are more and more teams that are created, races that are created, media that come, and therefore more budgets.

Last year, the ecological mayor of Lyon, Gregory Doucet, denounced the fact that there was no Grande Boucle feminine. He had spoken of a macho atmosphere in the world of cycling. Finally, the rebirth of the female Grande Boucle almost proves him right?

Not at all. Because I think that in a few months we won’t even talk about it. The media coverage of women’s cycling has not only existed since yesterday. We see the progress, we see the progress. I think it’s someone, certainly, who didn’t watch women’s cycling on TV too much. But I think that with the Tour de France Women which will make its appearance this year, we have also seen the part of ASO (Amaury Sport Organization) which is in the development of women’s cycling. And not only since this year. There are races that have been around for many years, like Liège Bastogne Liège, the Flèche Wallonne, there was a women’s round of Qatar, so it’s not something new. We should be happy and not talk about controversy.

Will it be broadcast on France Télévisions as the men’s Tour de France?

Yes, there will be two hours of direct a day produced by France Télévisions, obviously, and broadcast in more than 170 countries.

The annoying question is that of premiums. A few days ago the Paris-Roubaix was contested among men and women. The winner won 30,000 euros, the winner 1,500. Is that normal?

No, this is not normal. But today, Amaury Sport Organization [organisateur entre autres courses du Paris-Roubaix et du Tour de France] chose to create a Paris-Roubaix women’s race which did not exist before and which had no sponsor since it did not exist. So we did not know its potential in terms of media coverage, which was a success since we practically had two million audiences. We hope next year that the media will join us, that we have sponsors and that the prices and grids of the International Cycling Union evolve.

What will be the amount of the premium for the Tour de France women next summer?

It will be 250,000 euros in total price. For men, it’s 500,000 euros for the final victory. But you should also know that it is a Tour de France that lasts three weeks. There, it will be eight stages so, we can compare with races like Paris-Nice or the Critérium du Dauphiné. And I can tell you that it is more than on the Dauphiné currently.

The ultimate goal is that women get the same as men?

It really is a desire to pay women the same price as men as soon as possible. We are already going to ensure that this first edition of the Tour de France women is a success. That is really our first objective: that from a sporting point of view, it is very coherent, that we have a good show, that the media are interested, that we really enter the hearts of the French, in the customs of the French. That women’s cycling is no longer a surprise when you turn on the TV and see girls on a bicycle. But although this is normal. We will have already won our bet and everything will follow very quickly.

So there will be eight stages. Why only a week of racing?

I think that, already, it is coherent from a sporting point of view. This is a first edition. We don’t want to relaunch a women’s Tour de France, but to create it. We do not forbid ourselves in the future to do more stages, but we already want to appropriate eight days of stages, that it be done under the same conditions as the men. Because honestly, having done all the women’s races in stages, there is none where we are really housed like the men, where we have the same prices, the same audiences, the same media. This is our first objective and the rest will come very quickly. But we have no barriers and we want to evolve and improve from year to year.