This is what the first Tour Femmes looks like: finish on a very steep ‘super plank’ 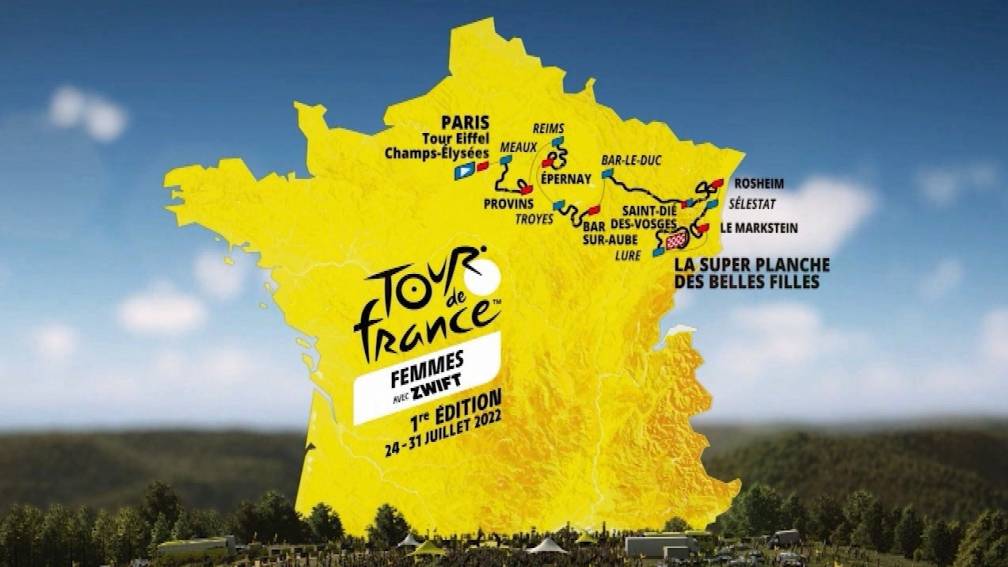 After thirteen years, the Tour de France for women is back on the calendar. The race has eight stages and starts on Sunday 24 July under the Eiffel Tower in Paris. On Sunday 31 July, the apotheosis is at the top of La Planche des Belles Filles. The real high mountains in the Alps and the Pyrenees are avoided. However, the riders will receive a French ‘Strade Bianche’ for the wheels.

ASO boss Christian Prudhomme stated at the presentation on Thursday the choice to start on July 24 in Paris. “I remember the words of Marianne Vos, during a meeting. Marianne, double Olympic champion and world champion on the road, track and cyclo-cross. She told us: You can organize competitions, but you also get them in the media ?”

“Hence a start that coincides with the last day of the Tour for men, precisely to attract as much media as possible. To offer a fourth consecutive week of sport.”

Prudhomme introduced the race director of the first Tour for women: Marion Rousse. The Frenchwoman, former rider and now commentator at cycling races for French television, presented the eight stages.

On the first day, the women drive twelve laps through Paris in the afternoon, before the start of the men’s stage. Rousse: “That’s not a first. The first edition of La Course was held there and the first winner was Marianne Vos in her rainbow jersey.”

The Tour will then remain in northeastern France. The second stage has a slightly sloping finish and the third stage is not flat either. “The course will be dotted with hills, five of which are classified. The steepest climb will be on the last lap: the Mutigny (900 meters at 12%).”

Day four, a stage from Troyes to Bar-sur-Aube, promises to be spectacular, with some passages on ‘Les Chemins Blancs’. As Rousse put it: “Four unpaved strips and six more slopes. We’re looking forward to that.” Next, the riders will face a stage over 175 kilometers, the longest in this edition. “A marathon stage. Twenty kilometers longer than the road race at the World Cup and also three climbs.”

In the sixth stage to Rosheim “the girls can catch their breath”, and then get ready for a tough weekend in the Vosges. “We are going to the highest point, the Grand Ballon on Saturday. And on Sunday we can expect a beautiful show. First the historic Ballon d’Alsace and then the final at La Super Planche des Belles Filles.”

In 2019, the men in the Tour rode the last steep kilometer on that climb. View the images of that stage below