The Rolling Stones no longer play “Brown Sugar” on stage in the United States, accused of racism 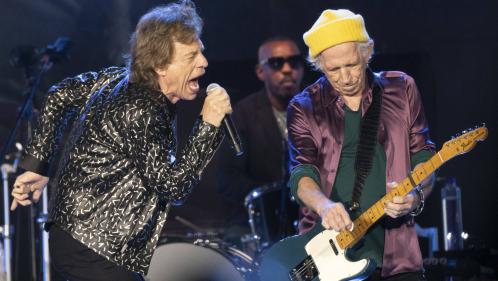 The Rolling Stones have deleted their legendary hit Brown Sugar for their American tour, whose lyrics evoke slavery, but which have long been accused of racism. “Did you notice it eh?”, Answered, a bit enigmatic, Keith Richards, the guitarist of the British group, in a recent article in the Los Angeles Times, where he is asked why the track is no longer on the list of songs. performed during their tour which started on September 26, a month after the death of their drummer Charlie Watts.

“I’m trying to figure out with the others where the problem is. Does anyone understand that this is a song about the horrors of slavery? But they want to bury it. At the moment, I don’t want any conflict with any this m … “, added Keith Richards, quoted by the Californian daily.

However, the 77-year-old guitarist adds: “I hope we can resuscitate the baby one day”. And singer Mick Jagger adds, “we’ve been playing Brown Sugar every night since 1970, so sometimes we think we’re going to take it off for now and see what it looks like (…). to put back”.

Released in 1971, Brown Sugar, one of the most famous tracks of the “Stones”, speaks of slavery, sex and drugs, through images of whipped women and men who take advantage of it to satisfy their fantasies. In recent years, critics have been heard more and more against the song, considered “racist”. In 2015, Brown Sugar was described as “crass, sexist and astoundingly violent to black women” in a New York Magazine article.

In 1995, in an interview with Rolling Stone magazine, Mick Jagger conceded that he would “never have written this song today”. “I would probably have censored myself (…) God knows what I’m talking about in this song. It’s such a mess. All the most obscene subjects put together in one fell swoop.”