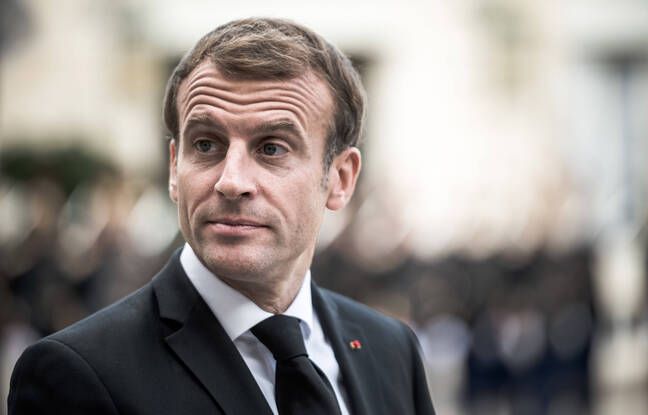 Have Emmanuel Macron’s tax reforms on capital benefited the economy as a whole? Not sure. Six months before the presidential election, the “evaluation committee” set up by the government made this Thursday
his third report on the subject (after those of 2019 and 2020). The political stake is not small: it is a question of knowing what were the concrete effects of the abolition of the ISF (replaced by the IFI, tax on real estate wealth) and the establishment of the PFU. (single lump sum or flat tax, which lowers the taxation of dividends) in 2018.

In the mind of the government, these reforms had several goals, according to the mission letter sent by Edouard Philippe to the committee at the time of its formation: “to promote the growth of our business fabric, stimulate investment and innovation” . In other words, the executive estimated that by reducing the levies, that would “free” money which would then be reinvested in the economy.

With the abolition of the ISF and the PFU, the government had therefore agreed to voluntarily deprive itself of several billion euros in annual revenue, hoping in return for a net beneficial effect on growth and employment. But three years later, in line with the two previous reports, data analysis is slow to confirm this economic bet.

Thus, among the companies whose managers or shareholders have benefited from the PFU, “we detect (…) no impact [positif ou négatif] on investment and wages, ”note the authors of the report. Regarding the ISF, economists believe that its removal had a “zero” impact on investment in companies whose managers previously paid tax. Likewise, no positive effect on employment or the payroll of these companies could be demonstrated. “The abolition of the wealth tax can have diffuse effects on the economy,” the report says, however, without providing concrete evidence.

Because to know exactly where the money went, it would be necessary to know where those who benefited from the reforms placed it. “We have few answers,” admitted this Thursday Fabrice Lenglart, chairman of the monitoring committee. “What did these households do with this money?” Have they reinvested in companies in the French productive fabric? », Also questioned Cédric Audenis, deputy commissioner general at France Stratégie, indicating that the committee was going to look into this question.

On the other hand, two effects of the reforms have been established with certainty. First, the lowering of the tax on dividends prompted their beneficiaries to significantly increase their payments. In 2017, € 14.3 billion in dividends were paid. This amount rose to 24.1 billion euros in 2019. Almost all (97%) of this amount was captured by 1.7% of tax households, the wealthiest. And among these privileged people, the richest 0.01% of French households (around 3,800 households) have collected a third of the dividends.

Second, the reforms have slightly favored the return of tax exiles. To establish this observation, the committee evaluated the departures and returns of “wealthy” taxpayers declaring at least 50,000 euros in income from movable property (such as dividends). “The rate of return is up markedly from 2017, whereas it was previously stable,” the report states. However, the departure rate has steadily declined since 2013, before the implementation of the reforms. And these movements, which are often highly publicized, only concern a few hundred people, while around 130,000 households are currently indebted to the IFI.

This third report on capital reforms therefore leaves a taste of incomplete, with an inability to clearly prove the beneficial (or negative) effects of reforms for the whole of society. What to consider a step back or a “correction”, as suggested by Emmanuel Macron in 2019? This is not the path taken for the moment. Almost three years after the abolition of the ISF and the establishment of the PFU, the Ministry of the Economy believes that “there is still a lack of temporal hindsight” and that the possible beneficial effects “take time to materialize” . “If we had seen a reaction from companies to the reforms, we would have already seen it”, retorts Laurent Bach, member of the Institute of Public Policies interviewed by Le Monde.