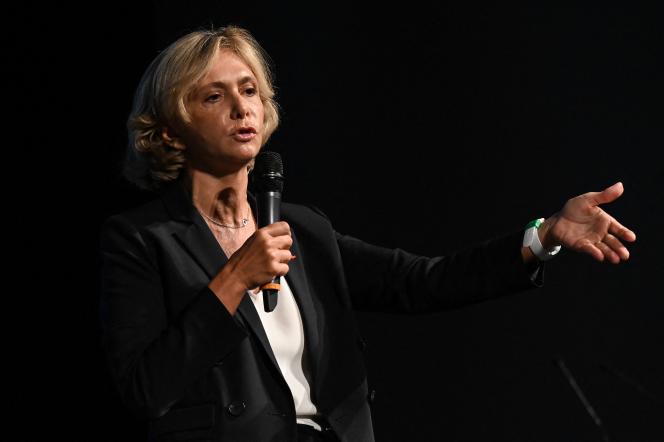 The decision of the Polish Constitutional Court to judge part of the European treaties incompatible with the Constitution of his country still provokes upheavals in the French presidential campaign. And especially on the right. After Xavier Bertrand, Michel Barnier, or even Eric Zemmour, it is Valérie Pécresse’s turn to challenge the primacy of European law over the “constitutional identities” of the Member States of the European Union (EU).

On CNews, Wednesday, October 13, the latter said she was “very shocked” by the order given in July to Poland by the Court of Justice of the EU (CJEU) to immediately cease the activities of the disciplinary chamber of its Supreme Court, an institution set up as part of a reform of the country’s judicial system. In the process, the Polish Constitutional Court challenged the primacy of European law over Polish law. This decision, which threatens the EU funding of Poland, could represent for this state a possible first step towards leaving the European Union.

At Les Républicains, the former Brexit negotiator for the EU and nomination contestant, Michel Barnier, defends, to the amazement of many of his former colleagues in Brussels, the need for “legal sovereignty”, but only in terms of immigration, because there will be “other Brexits” if nothing changes, he believes. For his part, Xavier Bertrand proposes to introduce into the Constitution “a mechanism to safeguard the superior interests of France. When these are at stake, popular sovereignty must prevail ”. Same tone from Eric Ciotti, who “calls on France to modify article 55 of the Constitution to assert the primacy of the Constitution over European decisions”.

Article reserved for our subscribers Read also Presidential election: the right and the far right attacking the rule of law

For Marine Le Pen, who no longer wants to leave the EU or the euro, any international text deemed contrary to the Constitution will remain “unenforced”, so that France will “not need to leave” the treaties. The candidate of the National Assembly brought her “support” to Poland and considered that this country, by this decision, “exercised its legitimate and inalienable right to sovereignty”. After the Polish episode, the far-right polemicist and putative candidate, Eric Zemmour, denounced in a press release “a federalist coup” against Poland and considered that it was “time to restore French law to its primacy. on European law ”.

On the left, the candidate for the “remontada”, Arnaud Montebourg, considers that “the defense of the national sovereignty of the member states is fundamental”, even if he “does not approve of the clerical and reactionary government of Poland”.

Tributes to Gaspard Ulliel rain after his death

Israel: Muscular eviction of a Palestinian family in Jerusalem