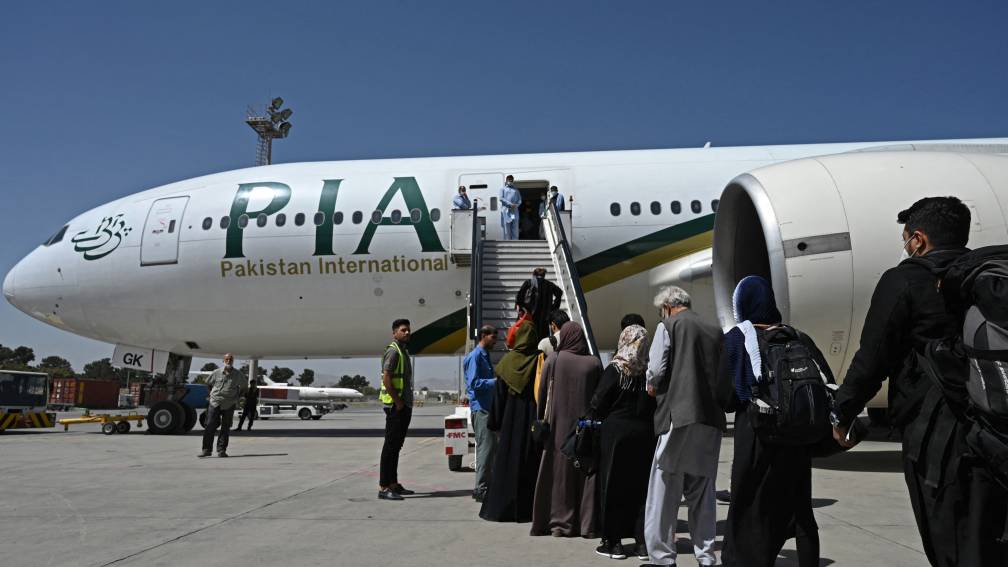 Pakistani airline PIA reports that flights between Pakistan and the Afghan capital Kabul are being suspended due to intimidating Taliban interference.

Last Tuesday, dozens of Afghan interpreters who worked for the Netherlands were evacuated to Pakistan on a PIA flight. The Pakistanis are also counting on the cooperation of the Pakistanis for new evacuation flights. PIA’s decision seems to throw a spanner in the works. The Ministry of Foreign Affairs therefore calls the measure a major setback.

“We are suspending our flights to Kabul as of today due to the aggressive approach of the authorities,” a PIA spokesperson told Reuters. The Taliban are demanding that the PIA bring flight prices back to pre-seizure levels by the extremists. Those prices have doubled since August. The new rulers threaten with a no-fly zone if the PIA does not adjust prices.

Furthermore, the Taliban would change flight schedules at will and grant or deny permission for aircraft to take off or land at the last minute. The PIA staff in the Afghan capital is said to be regularly intimidated by Taliban commanders. The Pakistani airline is virtually the only one that operates flights to Kabul.

Foreign Affairs says in a response: “We remain in close contact with PIA and the Pakistani authorities to make flights from Kabul to Islamabad possible for people with the Netherlands as their final destination”.

In The Hague it was just decided this week that 2100 Afghans may come to the Netherlands. It concerns people who have worked with the Netherlands or Dutch people in the past, and their immediate family. Their only option to leave the country by plane is the route via Pakistan. They cannot use the evacuation route via Qatar, because that country keeps the border closed for Afghans who do not have Dutch relatives.

Earlier today it became clear once again how much danger Afghan interpreters face in their own country under the Taliban regime. According to his family, one of the interpreters on the Dutch evacuation list is shot dead yesterday by Taliban fighters.

The French army goes on the offensive in the information war