On November 23, we can all get started with the new expansion of the Final Fantasy XIV story. I got to try out a new dungeon together with a few other lucky people and we got to ask Naoki Yoshida some questions.

This article is based on gameplay from an under development version of FINAL FANTASY XIV: Endwalker, and the content of the final version is subject to change.

Let me start by saying that I am very much looking forward to the next chapter in the Final Fantasy XIV story. 6.0 will be the conclusion of the Hydaelyn and Zodiark story, after which 6.1 takes a new direction. Before we get to that point, in Endwalker we can level the jobs to 90 and we will explore new areas.

Before we could start our play session, we received a short introduction from Naoki Yoshida and afterwards also a nice message that he wanted to give to everyone. “While we are still in the midst of the fight against COVID-19, Japan is still in a difficult situation. Yet doctors around the world are working hard for our safety. Because of their commitment, we can continue to develop and receive messages from all over the world from grateful players. Through this short message, I want to express my gratitude to them.” 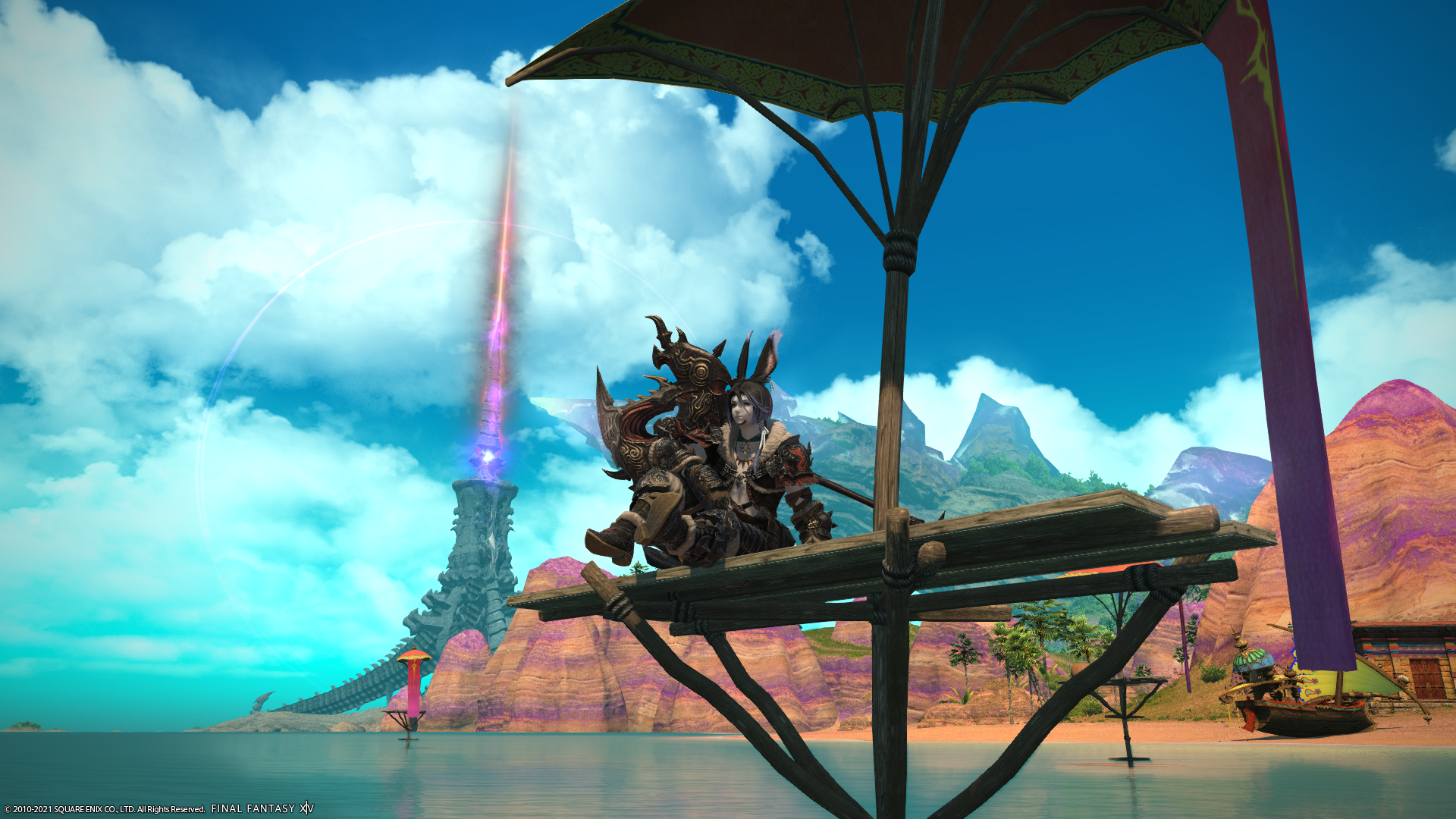 If you ask me what I would say to the WoW players, it would be: hello, thank you for giving Final Fantasy XIV a chance and welcome!”

Final Fantasy XIV has seen quite a bit of growth. While there were still four million players during Heavensward, that number has grown to 24 million. This makes it the most profitable title in the Final Fantasy series. It is insurmountable to realize that many players have recently made the switch from World of Warcraft to FFXIV. Yoshida says: “The first thing I want to say is that I don’t like it when people see it as a game war and say things like that Final Fantasy won. Looking back at the history of Final Fantasy XIV, 1.0 was a big disappointment. When I started this project, I was looking at a game that I have a lot of respect for, and that’s World of Warcraft. Because of this I have, as it were, used World of Warcraft as study material. I’ve seen many WoW players make the switch and watched comparison videos. Everyone is very honest and gives good comparisons which I really appreciate. What I don’t like is when people use Final Fantasy XIV to portray other games in a negative light. If you ask me what I would say to the WoW players, it would be: hello, thank you for giving Final Fantasy XIV a chance and welcome!”

Over time, we can expect all kinds of additions from 6.0. Think of Island Sactuary, on the other hand, some required features such as Blitzball are not added. “What many players may not know is that we have seriously considered adding Blitzball,” Yoshida said. “We have considered two options here. The first option was very similar to the FFX version of Blitzball. Multiple players could then play together. However, what we were afraid of is that people would try it once and then stop playing. The tricky part here is coming up with good rewards and players already have a lot to do in FFXIV. The second option we had was more managing the team. You could then scout players in Eorzea and instruct your team. Meanwhile, you can then raid or do other things and come back to see if your team has won and collect the rewards. The downside of this way of adding Blitzball is that the players who know Blitzball would not agree to it, because it doesn’t really feel like Blitzball. So to be quite frank, we’re just not sure how we could add this to Final Fantasy XIV and we’ve been discussing it for four years now. No one has pushed me to actually complete this yet, so we haven’t made much progress. If players have good ideas about this, we’d love to hear them!” 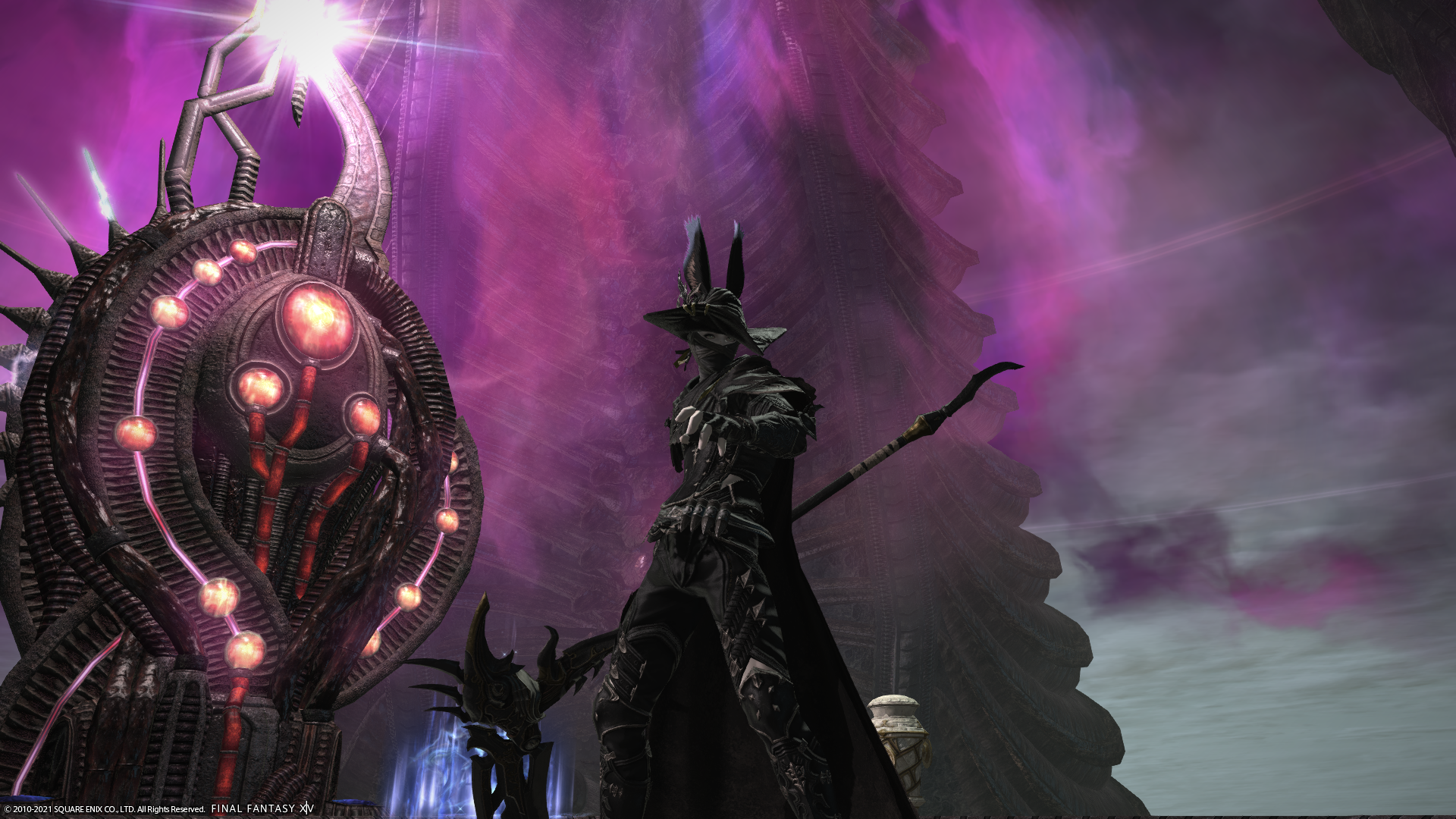 Following on from the above, Yoshida indicated that they were thinking about adding Blitzball to the Gold Saucer. At the moment, however, the focus is on story and battle content as well as the crafter and gathering jobs. There will definitely be new things coming to the Gold Saucer in the future, but they can’t tell exactly what that is yet, but it’s coming sometime during the 6.X expansions.

Once Endwalker comes out, we can expect tons of content. Not only new areas such as Old Sharlayan, Thavnair and Garlemald, each of which has a unique appearance, but also many changes in content. For example, the prices of teleportation have been adjusted, the balance between damage and hp has been adjusted, whereby the values ​​have been drastically reduced. As a result, it will take less time to level up your first job, among other things.

Jobs each get new movesets and we can also get started with two new jobs, Reaper and Sage. Reaper is a Physical DPS job where you summon a kind of shadow that fights with you and Sage is a barrier healer. With the Reaper I entered the new dungeon with my colleagues in the Tower of Zot. 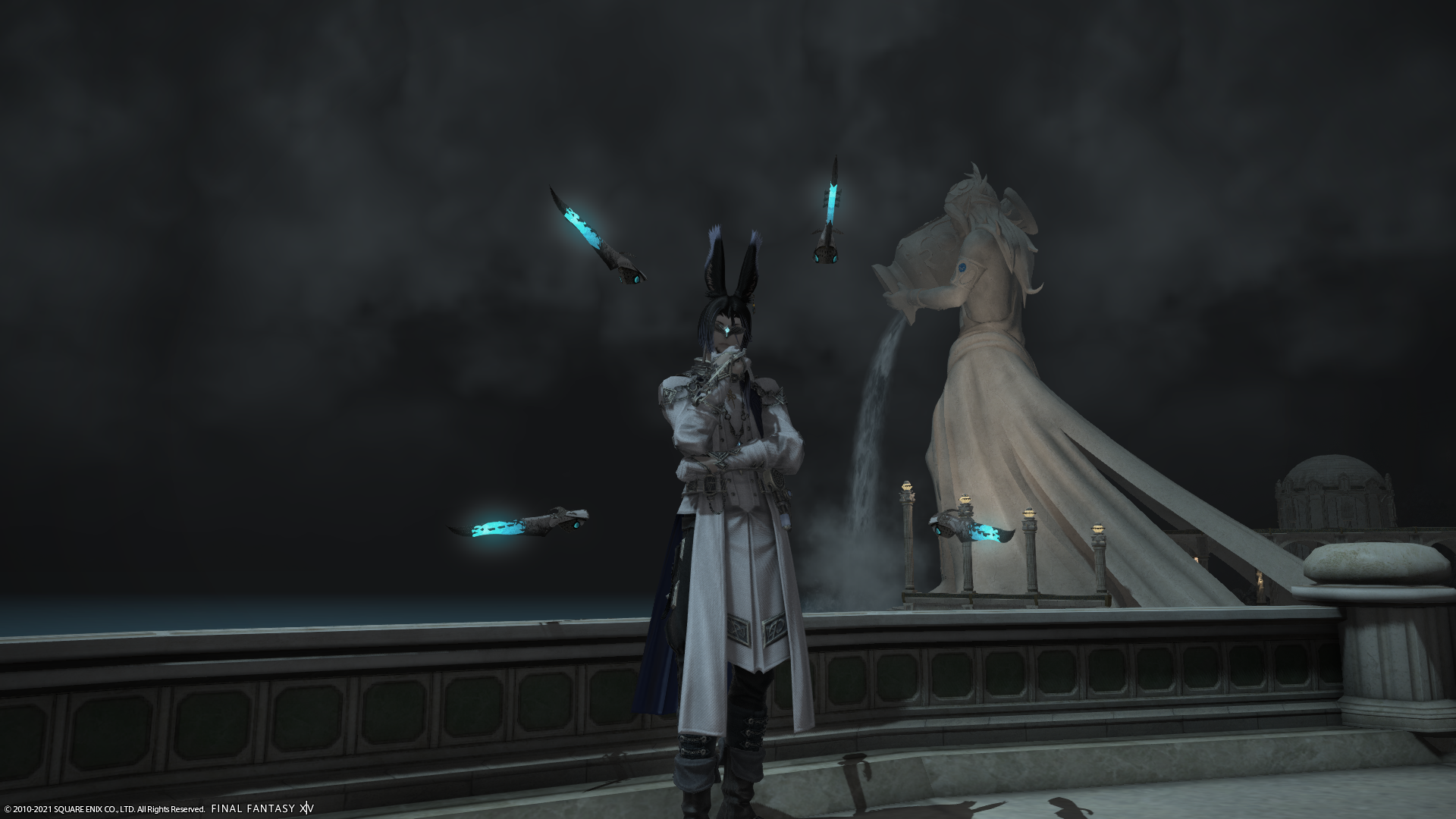 We didn’t get an explanation about the story yet, but what I can tell you is that the first time Tower of Zot is pretty tough. You will encounter some new mechanics and we had a team wipe the first few times before the penny dropped. The atmosphere in the dungeon was dark and we also regularly stopped to reflect on how everything looked. Reaper played very accessible so it didn’t take long before I got the hang of the basics. During our playing session in the dungeon we only got potions from chests, but what will also be a big change is that in the future you will get a weapon case instead of a standard weapon.

An upgrade for every class

Outside the dungeon we got the chance to test all jobs at level 90 and only then we notice to what extent jobs have been adjusted. Perhaps the most striking job here is Summoner, where you can summon Garuda, Ifrit and Titan, making it feel much more like a real summoner. Still, we heard a lot of negative reports from the community about Scholar, which for many felt a bit ignored. We asked Yoshida what the vision was behind this and if he’d thought about making the same changes for Scholars, like summoning a Porxie, for example.

When Yoshida heard the latter, he laughed and replied, “Oh, that’s a very interesting idea, we hadn’t thought of that. That sounds great! In principle, we prefer not to go in the direction of having to adjust everything. If we have to rebuild a job from scratch, it is a very stressful process, also for the players. The reason we did this for Summoner in Endwalker is that by the end of 5.0 we had exhausted our options for Summoner, including technically. Before Scholar, we received little feedback about players having difficulty performing the barrier healer actions. We did make some tweaks including a speed boost during combat and power boosts. However, I can understand that it didn’t look very impressive for players during the job actions trailer. We had to deal with limited time in the trailer, but we could have explained this better and I apologize for that. If we look at the idea of ​​turning the fairy into a porxie beyond the effect it can have in combat, it sounds like a very interesting idea. I will definitely take this along to the Battle team and consult with them.” 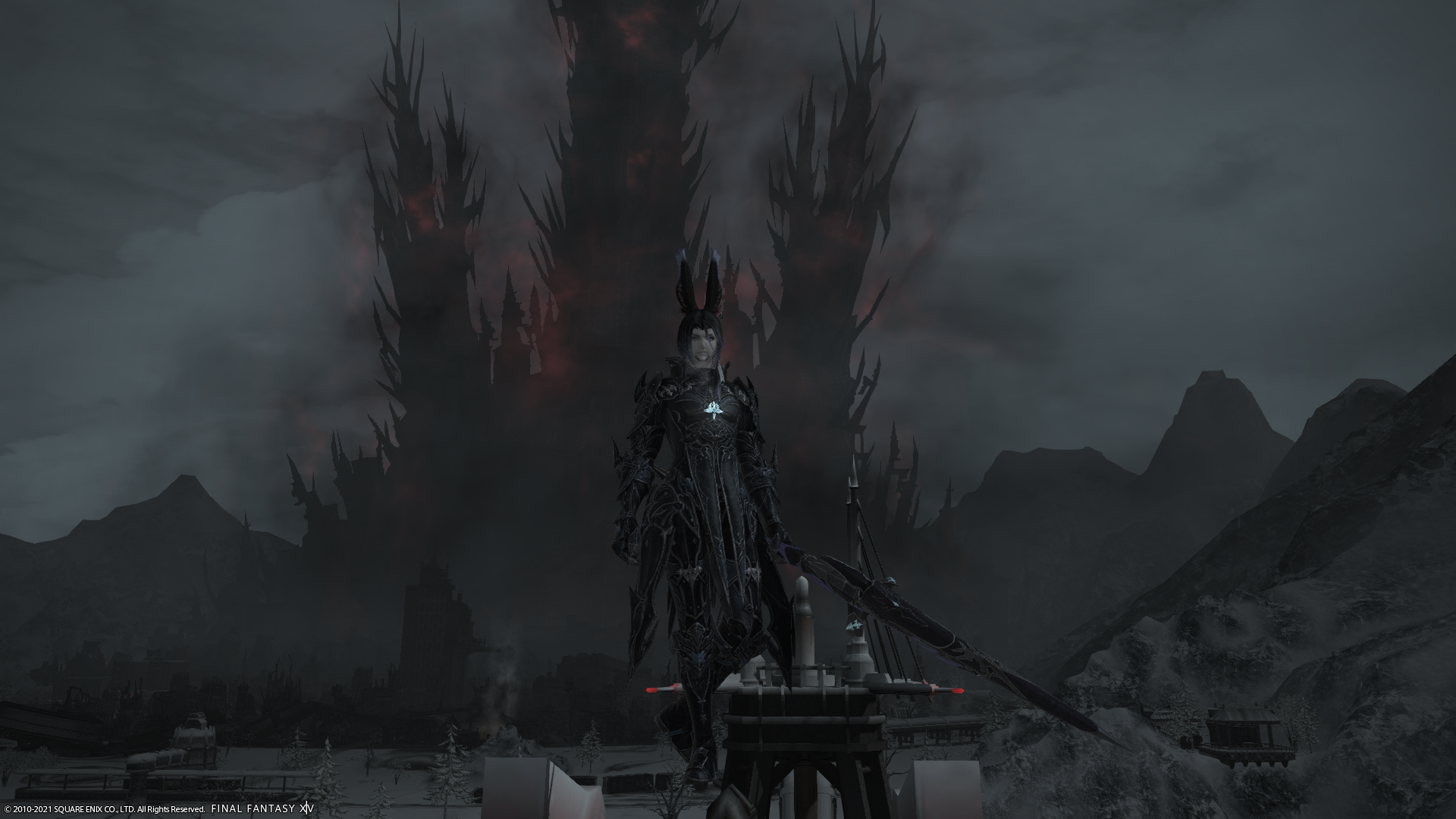 In addition to the Tower of Zot and the new pandaemonium raid, as well as new gear and crafting, we will also get the Island Sanctuary expansion in due course. Here you can relax in your own retreat. The idea for this came from a Japanese television series “The Tesuwan Dash”. The Japanese rock band TOKIO takes on various challenges. They also went to an island that they had to make habitable. Yoshida has also watched this show a lot and wanted to create a place for all players to relax. So it really is your own place where you can go. New aspects also emerge that the team was unable to do in the housing system. Yoshida also has a number of places he likes to go in FFXIV, but prefers not to release them because he is afraid that everyone will look for him. To name a spot, he points out the Carline Canopy in New Gridania. This is the place where many new players start their adventure. They will eventually come back here with new gear. “For me, it’s a proud and joyful moment to see players interact with each other in this place,” said Yoshida.

After playing the Tower of Zot, but also a taste of the new actions and traits, this all only leaves you wanting more. Many things are going to change with Endwalker, but the future looks bright. One thing I can tell you, a month of waiting is going to take a long time.

If you want to know more about my experiences with Endwalker or about the interview we had with Naoki Yoshida, leave a comment below this article or better yet, come to our discord and ask there.