Bradley Cooper has been busy for some time with his first Netflix film titled Maestro (2021). Filming was supposed to start last April, but production was delayed. Fortunately, there is good news. Shooting started on October 12.

Meastro is a biopic directed by Cooper about the life of legendary composer Leonard Bernstein. Behind the film is a huge crew with producers none other than Steven Spielberg, Martin Scorsese and Todd Philips. It can hardly be otherwise than that this will become a major crowd puller for the streaming service.

In Maestro we follow the life of Bernstein and his wife Felicia Montealegre for 30 years. They get engaged twice, tie the knot and eventually have 3 children. Meanwhile, Bernstein composes music for films such as West Side Story (1961) and On the Waterfront (1954) and participates in various television productions.

The full cast of the film has not yet been announced, but we already know that Carey Mulligan, Jeremy Strong and Cooper himself will be seen in Meastro. Shooting takes place in Los Angeles, California. Meastro is currently expected at the end of 2022. 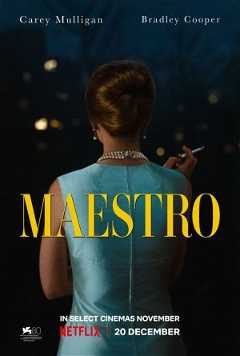 A portrait of Leonard Bernstein’s extraordinary charisma and passion for music as he rose to fame as America’s first native, world-renowned conductor, continuing his ambition to compose both symphonic and popular Broadway works.

Viewers are disgusted by new horror series on Netflix: ‘It makes you puke sick’ – Paudal