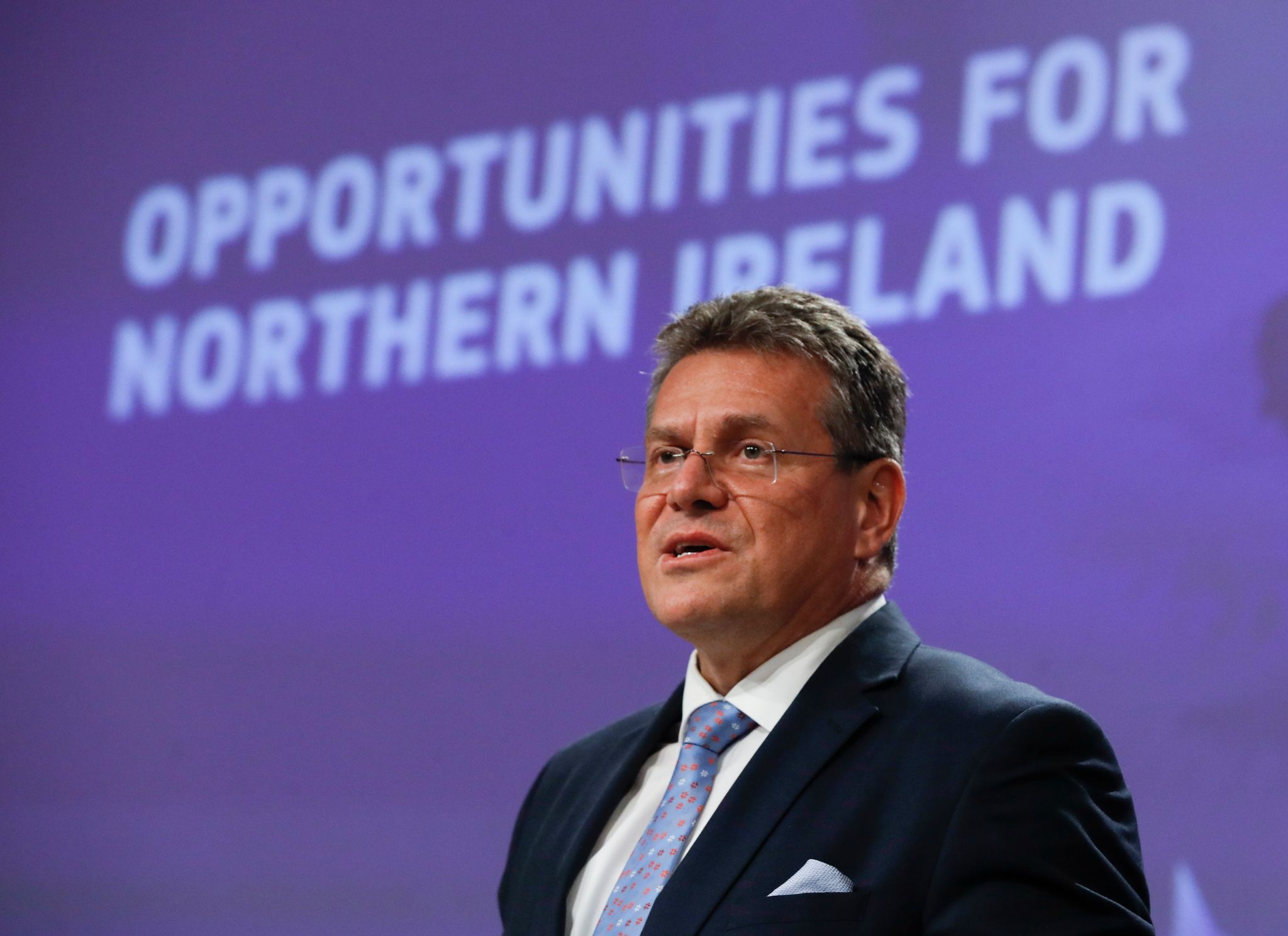 Throughout the divorce between Brussels and London, the question of the fate of the island of Ireland has been one of the thorniest. The “Protocol on Ireland and Northern Ireland”, which is an integral part of the United Kingdom’s withdrawal agreement from the European Union (EU) was supposed to prevent the return of a “physical border”. Between the two Ireland, and allow Northern Ireland to continue to apply the customs rules of the Old Continent.

→ EXPLANATION. Article 16, the threat brandished by London to renegotiate the Northern Irish protocol

On Wednesday 13 October, Maros Sefcovic, the vice-president of the European Commission responsible for the proper application of the Brexit agreement, presented a series of adjustments to this protocol, with a view to simplifying life for businesses in Great Britain and Northern Ireland. He did not hide that as it stood, the protocol, effective since the start of the year, poses certain “problems” – too much red tape, blockages in supply chains, shortages of goods in Northern Ireland, etc. -, and indicated that he believed that these new measures had “the potential to make a tangible difference on the ground”.

In this package, which has all been extended to London, Brussels is notably reviewing the rules governing trade in foodstuffs: 80% of the controls currently carried out could be removed, provided that these products remain in Northern Ireland and that specific labeling is affixed to them.

→ ANALYSIS. Northern Ireland: tension mounts between the United Kingdom and the European Union

The European Commission is also considering reducing customs formalities for all goods exported from Great Britain to Northern Ireland (the institution mentions a halving of administrative formalities), if the United Kingdom agrees to provide “full and real-time access” to transit data.

As for drugs, according to the proposals of the European executive, the pharmaceutical companies of Great Britain, when they supply the North-Irish market, “will be able to keep all their regulatory functions where they are presently established”, explains the Commission. In other words, companies from Great Britain would not need to locate in Northern Ireland to sell drugs there. The European Commission is also imagining new “dialogue forums” to better involve the authorities and civil society in Northern Ireland in decision-making.

Complete renegotiation of the protocol

These proposals from Brussels follow those of the British Secretary of State in charge of Brexit, David Frost, who, the day before, had presented a new version of the Northern Irish protocol. London is in favor of a total renegotiation of the protocol, while in Brussels, they refuse to “reopen” the text, on the grounds that this would create too much legal uncertainty.

→ READ. Why is the post-Brexit deal problematic in Northern Ireland?

In the version of the protocol “made in London”, the authority of the Court of Justice of the EU (CJEU), based in Luxembourg, is called into question, since the British government pleads for an international arbitration in the event of disputes between the parts. This request from London does not pass on the Brussels side, where Maros Sefcovic has twice recalled that “we cannot have access to the single market without the supervision of the CJEU”.

However, he carefully avoided shooting red balls on London, preferring to focus “on the positive aspects” of the relationship (this too, he hammered several times). Anxious not to offend David Frost with whom he will have lunch on Friday, October 15 (“to deepen this package before starting an intensive process of discussions between experts and at political level”, specified the Vice-President of the Commission), Maros Sefcovic a simply called on London to “put aside some disputes” and focus on one priority: to act “in the interests of Northern Ireland”.

Adept of the Coué method

He refused to mention article 16 of the protocol which provides that each of the two parties has the possibility of taking unilaterally “safeguard measures” if the provisions of the protocol are the cause of “serious economic, societal or environmental difficulties likely to persist ”. David Frost had not hesitated to brandish this threat.

Maros Sefcovic for his part is already dreaming of a more peaceful relationship with London – from 2022, if possible: “I hope that we can celebrate the New Year with a nice agreement in place”, launched this probable follower of the Coué method.