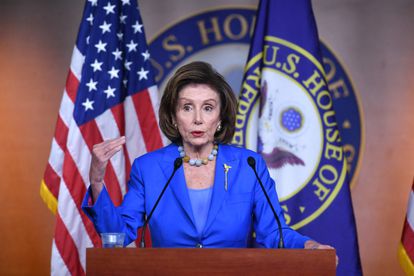 The United States House of Representatives approved on Tuesday a temporary increase in the debt ceiling that guarantees that the federal government can meet its financial obligations until December. The Secretary of the Treasury, Janet Yellen, had warned that next Monday, October 18, the measures to prevent the country from defaulting on the payment of its debts or default. Once the extension is approved in the House, the measure will go to President Joe Biden for his signature.

“It is appalling that our nation is in this situation, but we must take immediate action to address the debt cap and ensure that America’s full credit faith and confidence remains intact,” said the majority leader of the United States. House of Representatives, Democrat Steny Hoyer.

Republican support is not necessary to pass this measure as Democrats have a majority in the lower house. However, the Speaker of the House of Representatives, Nancy Pelosi, has asked Republicans to vote in favor of the suspension of the debt ceiling, to show that both parties are closing ranks in the face of what could become an unprecedented economic crisis. .

At a press conference, Pelosi defined herself as “optimistic” about an eventual agreement on the debt ceiling and declared that she hoped that it could be achieved “in a bipartisan manner.” The Democrat put to a vote in the House this Tuesday afternoon the bill that was approved last week by the Senate and that will raise the debt ceiling of 480,000 million dollars, a figure that will allow the United States to pay its debts up to next December 3.

Pelosi warned on Tuesday that if the debt ceiling is not significantly increased in the long term, the economic impact will be “enormous” and the country could lose “six million jobs.” “The suspension of payments would cause a shock wave through the world financial markets,” he added.

Republicans refuse to approve long-term measures to raise the maximum debt, because they believe that it would be a blank check for Joe Biden to finance his pharaonic investment plans in infrastructure and social reforms. Furthermore, the opposition insists that Democrats must act alone to address the debt limit through a process known as budget reconciliation. At this point, Democrats appeal to bipartisan accountability. So far they have largely ruled out the possibility of using reconciliation. They argue that the process is too long and unwieldy and that the risk of miscalculation would be too high.

Last week, when the United States faced the abyss of the default, what would have been the first federal suspension of payments in its history was temporarily postponed after the offer of the Republican leader of the Senate, Mitch McConnell, to suspend the limit for two months, until the beginning of December. Democratic senators accepted the Republican offer.

White House spokeswoman Jen Psaki lamented the situation. “We cannot tolerate partisan politics taking our economy hostage, and we cannot allow the routine of paying our bills to become a political spectacle that erodes trust. [en Estados Unidos] every two years or every two months ”.

Energy Reform will not be able to lower electricity rates: PAN

Vanessa “La Vecina” was diagnosed with cancer: “I thought it was a mistake”

Vanessa "La Vecina" was diagnosed with cancer: "I thought it was a mistake"