In addition to Razer, Nacon has also released a new controller for your Xbox. Again a controller that competes with the Elite Controller and the previously reviewed Wolverine V2 Chroma. How does this controller compare to the other two?

This controller is also one wired in the department. The controller is connected to your Xbox via a USB-C connection. The controller can also be used on a PC. The controller comes in a beautiful case and when you open it, you immediately notice the box in the middle, which feels quite heavy. To my surprise (and delight) that box turned out to contain a number of weights in the range of 10-12-14 grams. Something I’d only seen with gaming mouses before. With an ingenious system in the grip you can use it to weigh down your controller, something I really like. I am a fan of the heavier controllers.

Just like the Elite, the controller is equipped with paddles. These are not removable. The two bottom ones are beautifully incorporated into your grip, which means you can quickly switch them on. The two top ones are very well positioned in the kink of your grip, which makes all four very pleasant to operate. The controller comes with two different sticks, convex and concave, and has two pairs of ‘sheaths’ of different thicknesses that fit around your stick to reduce the path of your stick. That last one, I’ll talk about that later.

On the back of the stick is a button with which you can select the desired profile and a slider to return your controller to the normal position. In the Pro mode you have access to four profiles that you set via an app. The app can store an unlimited number of profiles, so you can quickly put four of your favorite games in your controller and easily switch between the two.

The controller has a nice light edge around the right stick that can be programmed in several ways. In addition, the controller comes with Dolby Atmos which is automatically recognized when you plug in your controller. You have to download the app on your Xbox for that.

The app is very clear and has a number of fixed settings in your stick movements for, among other things, racing games, FPS or a Sniper mode. In addition, you can program all buttons, except the View, Menu, Xbox and Share button. The dead zones of your triggers can also be set and you can adjust the vibration level of both your controller and your triggers. And there is the option to choose between a 4-way or 8-way D-pad. Finally, you can also set the effective distance and dead zones of your sticks.

In the app you can also set the aforementioned light ring in multiple variations and colors and you can also set a profile for any plugged-in headphones that can adjust the balance between the different volume channels.

The controller is pleasant to hold and has a nice shape and size.

To test the controller, I always play some of my favorite games in different genres. I also wanted to see what effect those nice rings would have on the game. But that turned out to be more difficult than expected.

Working with the rings around your sticks is still a puzzle. Mounting these rings is a bit tricky because the domes are clicked onto the stick. That takes some force and in this case a magnetic connection would have been more convenient. 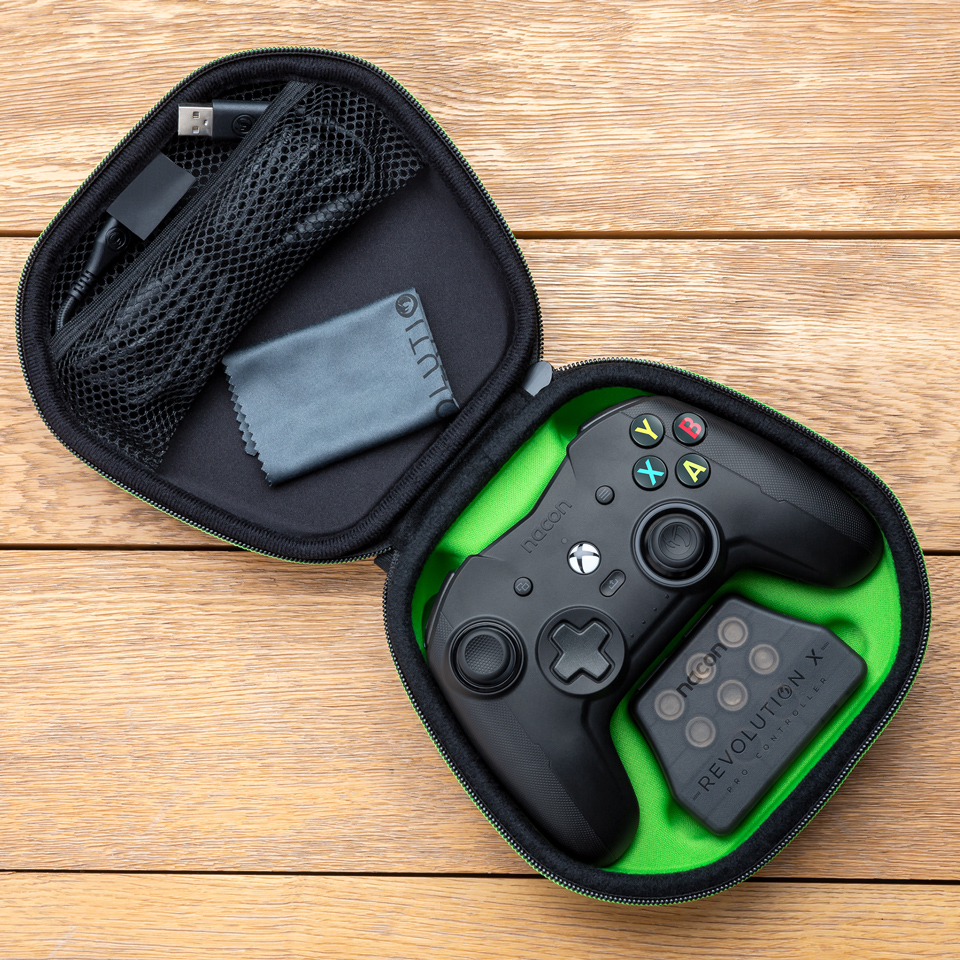 What was more annoying is that these rings don’t really work well at the moment. On the first try in normal mode, I first thought something was wrong because no stick movements were registered when I was standing on the dashboard of my Xbox. It took me a while to realize that because of the ring, the stick could make a lot less movement and that you can only use it if you also have a profile in which your stick movement has been adjusted so that it registers your movement at all.

I then spent a while trying to adjust this in the app but nothing helped. I ended up putting those rings back in the box. I really put a lot of time into it because strangely enough this also had an effect on certain paddle problems. So the function of those rings is still a mystery to me at the time of review, you can leave them in the case.

After that, it was time to really test the controller. Rainbow Six Siege is always the first to come into play. A game that I’ve been playing with since the start and in which I have also used every controller. Because I sometimes switch operators in this game, a profile for a Sniper and the normal FPS is very nice, so immediately use these stick changes. With one click you can switch between these profiles and change the way your stick reacts, your buttons are arranged and the workable distance of your trigger. The triggers do not have a trigger stop by the way.

The paddles work very well after getting used to it for a while. Especially the bottom paddles in the grip, which I use as standard for bending left and right, you have to press well. But once you’ve mastered that, it’s a plus that they’re so easy to approach. This also applies to the top paddles, which are very pleasantly positioned. 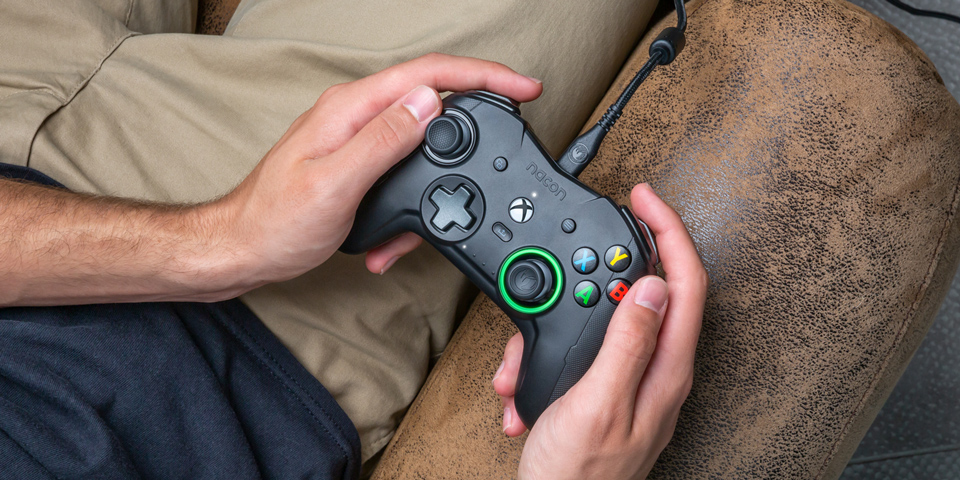 In my opinion, the extra paddles are of little use during a game of FIFA. So quickly return to the normal position with the slide on the back and it works perfectly. Then to the new game Insugency Sandstorm where the paddles are really a godsend to quickly dive to the ground if needed.

Finally did a few rounds in Lost in Random and there too there was a lot of advantage during the combat by placing the dodge under a paddle. This all worked without any hiccups and problems.

The Nacon Revolution X Pro can really be called a surprise and in my opinion a full-fledged replacement for the Elite Controller, provided you don’t mind the wired story. With its ridiculously low price of just under 110 euros, you buy a very complete, fully programmable Pro controller including paddles which is very pleasant to hold. The extra weights also mean that you can make it a bit heavier, which I personally find very pleasant. 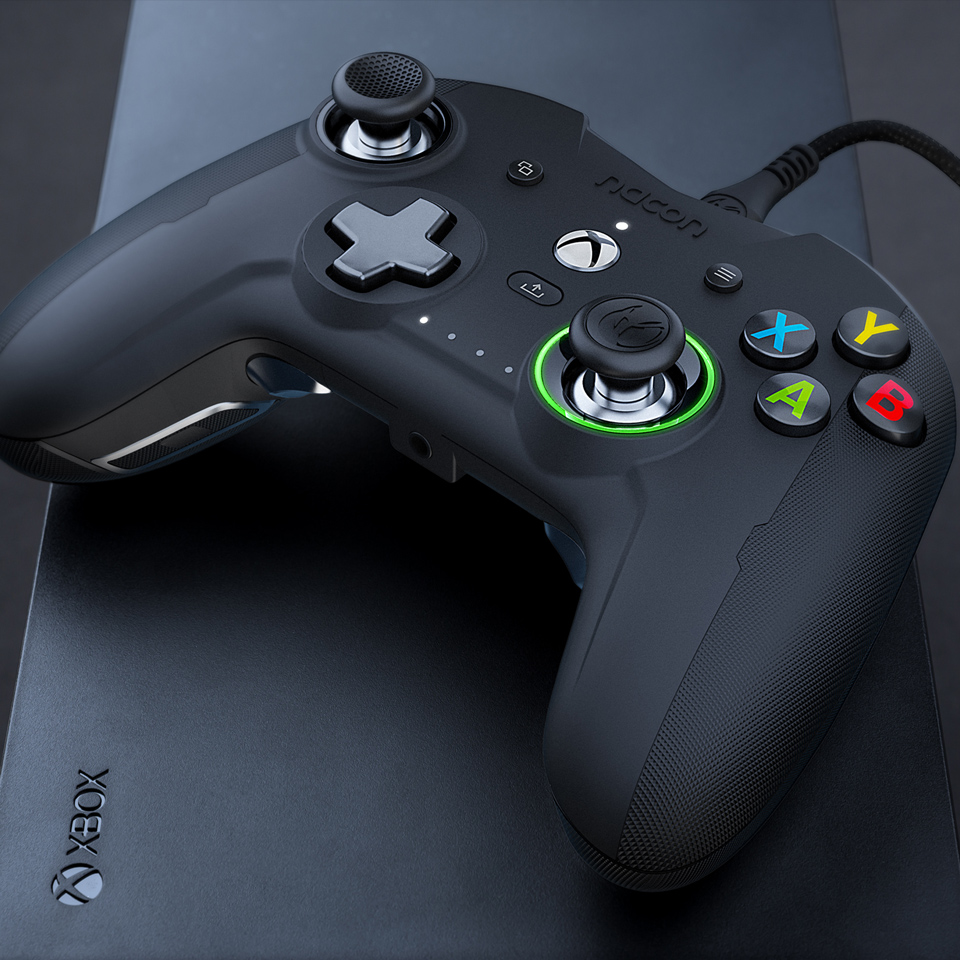 The app has a row of settings with which you can create multiple profiles. You can put four of them directly into your controller, so there’s no need to go back to the app when you switch games. And do you want to go back to a normal controller mode? Then you turn off the pro part with one move.

In addition, you also get access to Dolby Atmos with the controller, so a complete package in one attractive price.

So if you are looking for a cheap replacement for both the Wolverine V2 Chroma and the Elite controller that does show all the possibilities of both others, then the Nacon Revolution X Pro is definitely recommended.