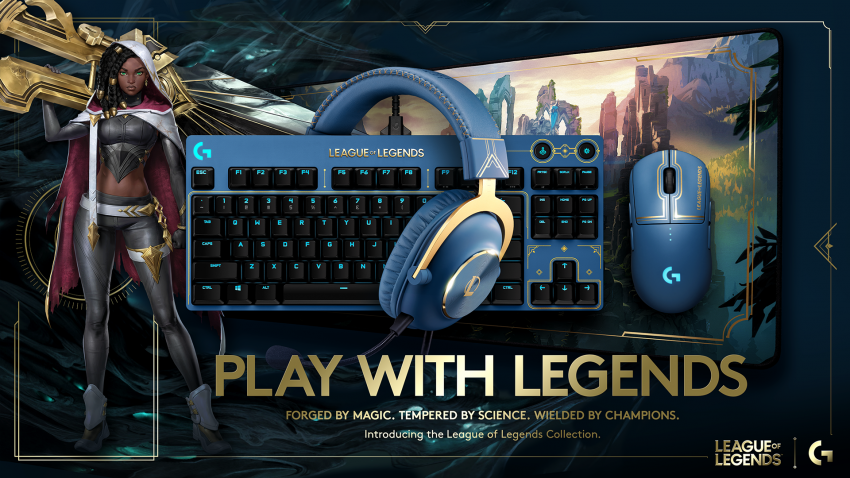 This collection is a collaboration between Riot Games and Logitech G, based on the Hextech designs from League of Legends. This will make the design look familiar to fans of the franchise. The Hextech technology plays an important role within the League of Legends universe and will also be one of the big topics of the League of Legends Arcane series that comes out on Netflix next month. Briefly explained, Hextech is a technology infused with magic that originates from the regions of Piltover and Zaun, home to the likes of Jinx, Vi, Caitlyn, Heimerdinger and Jayce.