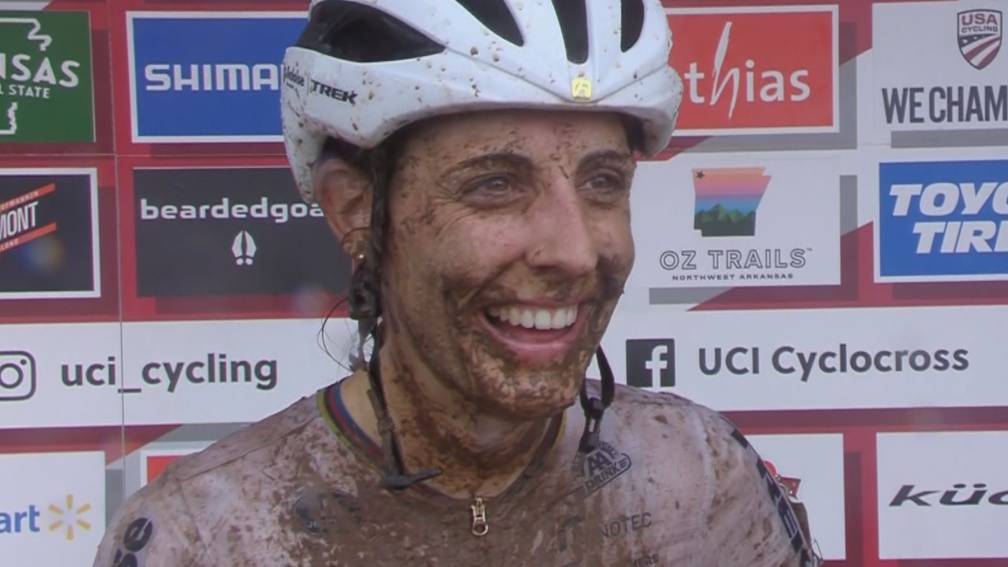 Last Sunday, after a dogged battle in the final of the first World Cup competition in Waterloo, Iowa, Vos had to deal with Brand. Also now it seemed to end in a duel between the two matadors on a very fast course.

Multimillion-dollar Centennial Park was mostly a dusty, rocky run when we explored it. The long climb with a peak of 15 percent rise should cause a shift. “A race track”, Vos said beforehand.

But as the floodgates opened over Arkansas, the Lafayette World Cup race became a classic battle of attrition in the mud.

Vos had an excellent start, immediately took the initiative on the steep climb and took off with the Hungarian Kata Blanka Vas. Brand came out of the starting blocks a little slower, as is often the case, but managed to close the gap with a strong effort.