Even Deschamps did not know the rule on Mbappé’s goal 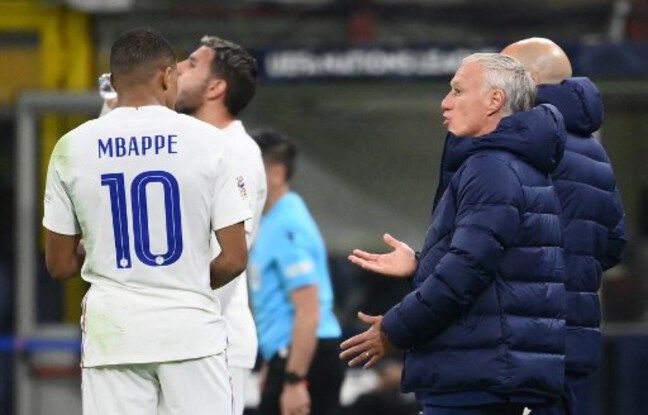 The goal of Kylian Mbappé which gave victory and the League of Nations to the France team on Sunday against Spain continues to cause talk. It must be said that the offside rule in this specific case is subject to interpretation … and that not many people knew it. Didier Deschamps himself was not very familiar with the details of
the famous Ifab law 11.2 (the international body in charge of the rules of the game) concerning the “offside offense”.

The Blues coach acknowledged this to a reporter on the crisp Spanish show The beach bar, who picked him up from Milan airport. The scene aired on Monday’s show. The dialogue is short, we transcribe it jumbled up: “Didier, there is offside on Mbappé’s goal. Did you see him? », Asks our colleague Juanfe Sanz. What DD denies by shaking his head. “No, you think not? », He reminds him. “If you know the rule well… We saw it afterwards,” replies the former Valencia player in Spanish, who then specifies: “I did not know it. ” ” Rule ? », Asks the journalist. “Yes, the rule,” confirms DD.

😳 NOBODY KNEW THE STANDARD!

As explained here after the meeting, Mbappé’s goal was indeed valid. “A player in an offside position who receives a ball deliberately played by an opponent, including with the hand or arm, is not considered to gain any advantage from his position, except in the case of a deliberate rescue by an opponent. opponent, can we read in the Ifab regulations. Making a rescue consists of intercepting, or attempting to intercept, the ball heading towards the goal with any part of the body except the hands or arms (except the goalkeeper in his own penalty area). “

But that doesn’t matter, since if Eric Garcia had unintentionally touched the ball, the striker would have been considered offside. Perhaps Ifab will clarify all this in the coming weeks, because this is not the first time that this has happened. This scenario had for example already occurred during a goal by Lukaku against Russia during the Euro.