European judges are considering a new sentence: can you cut back on problems with the rule of law? 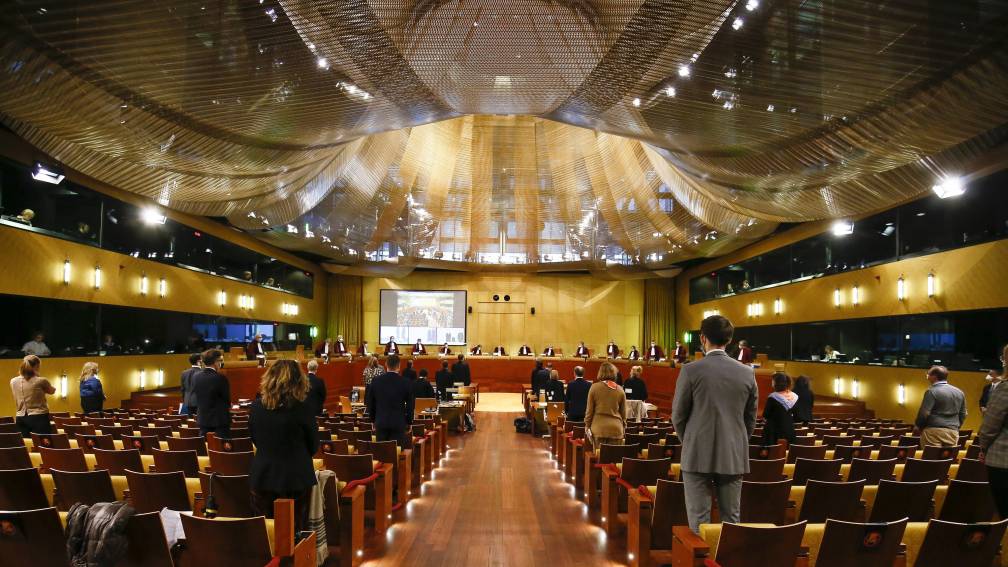 It sounds boring and technical, but this week a very principled discussion is being fought in Luxembourg. A short explanation.

It is all about the rule of law mechanism. EU countries that do not have their rule of law in order have been able to cut EU subsidies since last January. The European Parliament and the European Council agreed to this last year.

Poland and Hungary were not happy at all and immediately went to the European Court of Justice to challenge the new rule. For the time being, the Commission has decided to wait with the introduction of the rule of law mechanism until the judges have given their verdict.

It is not surprising that Poland and Hungary in particular want to challenge the rule. Both countries have been warned several times. For example, Poland received a warning before the controversial disciplinary chamber, which mainly punishes judges who do not support the ruling party PiS. Independent judges are also under pressure in Hungary. If the rule of law mechanism were used by the Commission, these countries could therefore be cut.

Why is this lawsuit important?

In recent days, lawyers have fired articles from the two basic treaties of the European Union at each other. To indicate how important the case is considered: all 27 judges (one from each Member State) present, where there are normally only three or four judges present. They will soon have to decide whether the EU can punish a country if countries do not respect independent judiciary.

The importance of this ruling was underlined last week when the Polish Constitutional Court decided that national laws take precedence over European ones. European Commissioner Reijnders said at the time that he wanted to use the rule of law mechanism to punish Poland.

The arguments of Poland and Hungary

But according to Poland and Hungary, this is not an easy thing to do. According to them, nowhere in the European treaties does it say that a country may be cut if it does not have the rule of law in order. In addition, they say that the rule of law is a vague concept and is not legally defined well enough. It is impossible for countries to abide by rules that have not been established at all, according to Poland and Hungary.

The countries also wonder how the Commission will determine how much money will be withheld. How do you determine whether the punishment is appropriate for a country’s wrongdoing? Poland and Hungary also believe that the rule of law is also separate from the subsidies they receive from the EU.

The arguments of the EU

The EU strongly denies this. On the contrary, Parliament and the Council are saying that if there are no independent judges in a country, nobody can check whether the money is being spent properly and whether there is no corruption. If a country does not have its rule of law in order, other EU countries cannot be sure that European money is being spent well. According to the EU, the rule of law mechanism should therefore not be seen as a punishment. Above all, it must ensure that EU money is not misused.

Moreover, says the EU, the concept of the rule of law is not new at all. At the moment, countries are already being punished via other routes if they do not have their rule of law in order.

Do Poland and Hungary have a chance to win?

Today, the 27 judges had the opportunity to ask questions to the countries concerned and the EU. On the basis of these questions you can sometimes already see in which direction the judges are thinking. In particular, the judges asked the EU how it intends to ensure that the sanction is appropriate for a member state’s wrongdoing.

But Poland and Hungary received by far the most questions. Sometimes it got bad. For example, a judge asked whether Poland and Hungary could not have known that independent judiciary is important. According to the judge, this is explicitly stated in European treaties. Another judge wanted to know why Poland and Hungary are knocking on their door. Won’t they just ignore the verdict if it doesn’t suit them?

It may take several months before the court reaches a verdict; a verdict this year is uncertain.