After having been part of the America Business Forum, a meeting that brought together figures from politics, business and entertainment in Punta del Este, Susana Giménez gave a brief interview where she left different impressions about her meeting with Luis Lacalle Pou, the president of the Eastern Republic of Uruguay.

In addition, the diva commented on the surprise generated by meeting her granddaughter Lucía Celasco at the event, in which she was interviewed by the presenter Ismael Cala. “I couldn’t believe it, because Lucia had to go to the United States. And I would say, ‘I haven’t talked to her in a long time. I have to ask her, if she’s dating, if she’s not dating … I don’t know anything! ‘ My relationship with her is wonderful, I love her, ”he said.

Regarding the parliamentary elections in Argentina, to be held next Sunday, November 14, Susana said that she will be in the United States, “but I am going to vote at the consulate. Afterwards, I return to Punta del Este. And then, in March, we started recording in Argentina ”, he advanced. 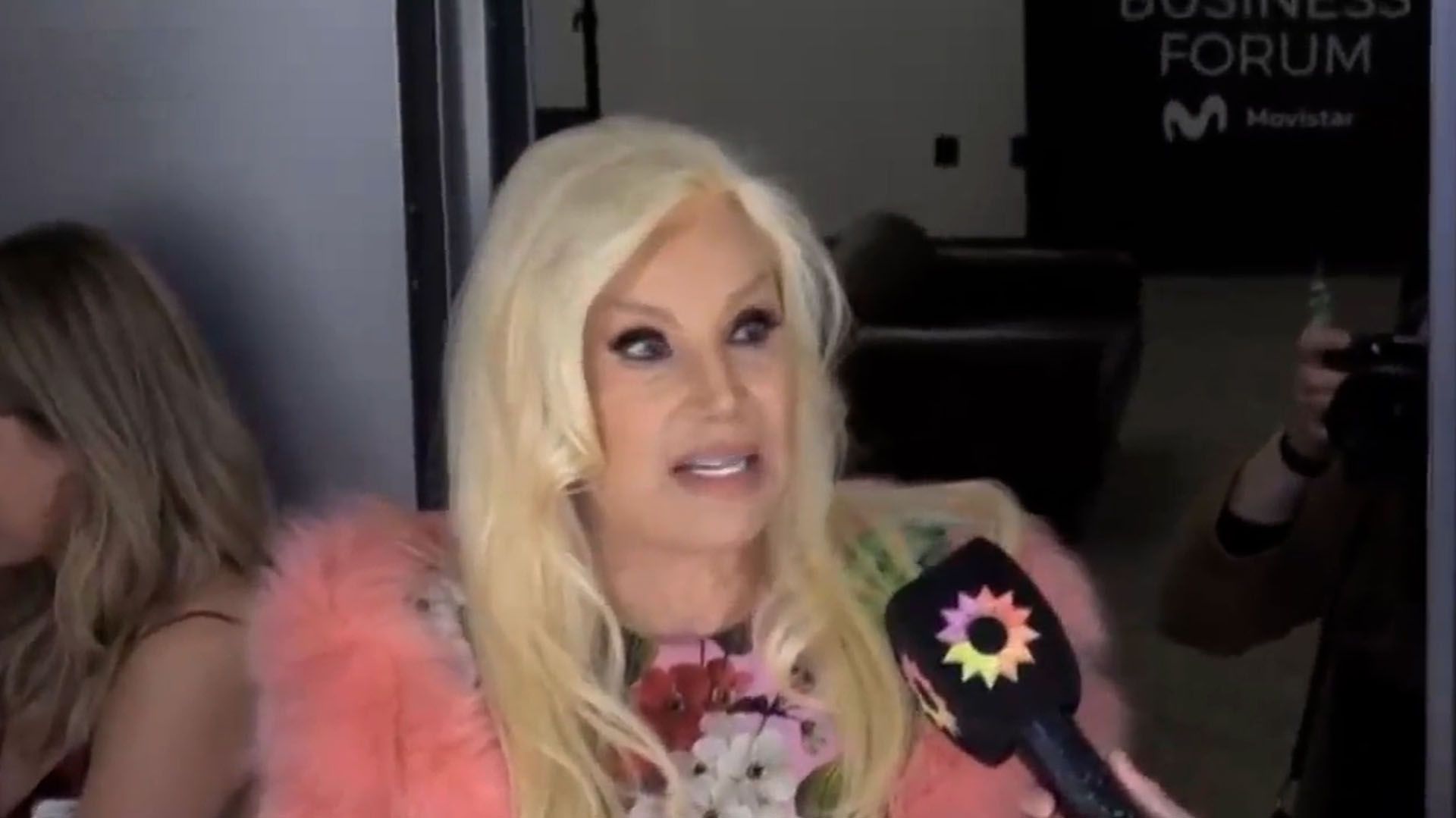 “I also deserve a little rest,” said Susana Giménez about her quiet life in Uruguay.

Giménez defined this stage of his life as a moment “of great peace.” “I have worked in my life a lot, a lot, a lot. At one time, I did the show and during the day I made movies. It was tremendous. And when I did the program at noon, then I did theater at night. So, it seems to me, that I also deserve a little rest ”, he completed.

“Your meeting with President Lacalle Pou, how was it?” Asked the journalist Pablo Cayafa, a correspondent for The Morning Angels In uruguay. And Susana said: “It was fantastic. He’s very smart, he’s brilliant. Uruguay is growing in an impressive way. And it seems so humble to me, so incredible ”.

To argue his point, he told an anecdote about the president. “I’m telling you a nonsense: he had to go to Canelones … As presidents do, right? That they have twenty thousand things. A friend who was there told him: ‘But take the helicopter, how are you going to drive? ” And he said, ‘No, I use the helicopter to work. For personal things, I would never use the helicopter. ‘ I was speechless for obvious reasons and I couldn’t believe anyone would think so. How it has to be, right? ”, Said Susana and said goodbye with a mischievous smile at her veiled comparison.

To put the meeting between Mercedes Sarrabayrouse’s mother and Lacalle Pou in context, Cayafa told Ángel de Brito and his “little angels” about the meeting prior to the event. “They went to eat at her house on Thursday. It was a super intimate dinner, there were only four people: Luis Cella – Susana’s historic producer, Ignacio González – organizer of the event – Susana and the president, who was the last to arrive and was without custody. They drank water, ate French food. It was a very relaxed dinner, they laughed a lot and she was delighted with the president ”, revealed the journalist.

“Do you feel like a sex symbol?” Cala asked Susana at the America Business Forum. “Yes, at my time yes. Now it would be ridiculous. Yesterday they sent me a dress that I stayed around here -as he pointed to her legs-. And I gave it back. How am I going to wear a miniskirt at this age? It’s ridiculous, ”he said. And as for her love situation, she was sincere: “I don’t want to have another man, I’m fed up. “I have been loved. I have loved less than I was loved. Besides, I like people younger than me, and you suffer, you can’t anymore ”.

Who is Alosian Vivancos, the Spanish model who would have fallen in love with Lali Espósito

The dramatic revelation of Fran Mariano, former Weight Matter: “I have scars on my body because my dad beat me for being gay”

Laurita Fernández published the first photo with Nicolás Cabré after the reconciliation: “I gave everything”