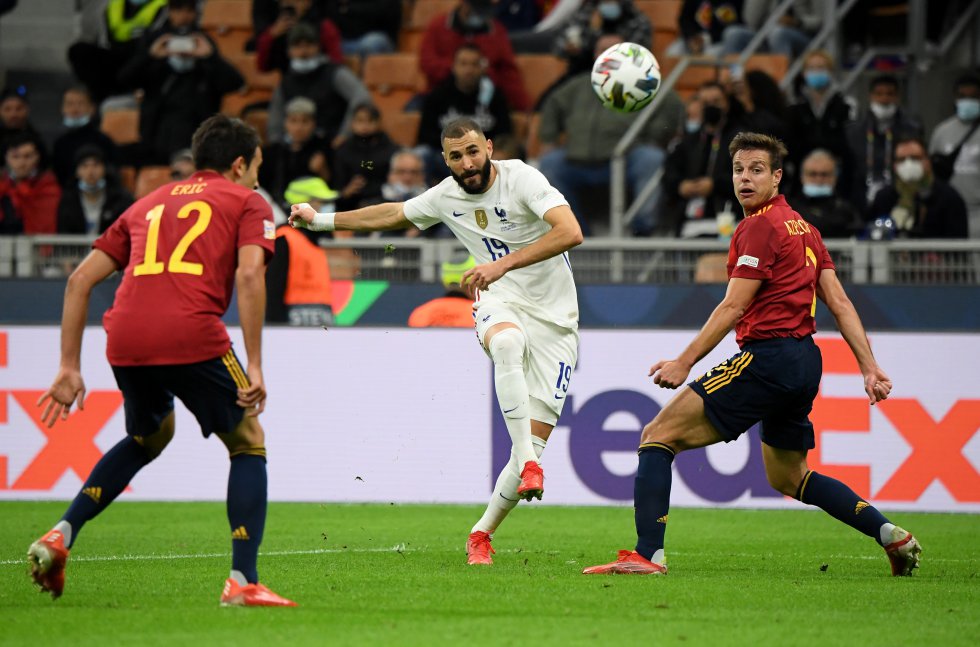 The penultimate twist of contemporary football, where it is increasingly difficult to distinguish promotion from reality, is the presence of cameras inside the changing rooms. There was one – or several – in France’s dressing room during halftime of the Nations League semi-final that was played last Wednesday in Turin. Belgium won 2-0 and the occasion fueled the drama of a good documentary by the sponsors of the French Football Federation.

The shutters were opened and the actors were not lacking. There were speeches, proclamations, speeches, Girondins and Jacobins. Most of them spoke and they all spoke vehemently. But the most decisive thing happened when the players jumped onto the pitch again and Benzema approached Pogba to remind him in four seconds of the key that would solve the enigma. The message was so clear that the argument of the match in the second half was a succession of variations on the same play: Pogba received the ball in midfield, raised his eyes, and Benzema approached him coming down from the Belgian area to facilitate the delivery. . Thus was born 2-1. In this way the comeback was conceived. A 2-3 final that was unthinkable without the instant complicity of two men who, off the court, do not speak to each other except to keep the most essential label.

Few nines in the history of football they have been more destabilizing than Benzema every time they have left the definition zone. Against the commandments of the manual, the forward of France leaves his area systematically and each time he does so, he usually builds roads through which his team advances towards the goal. In France, the first person in charge of supplying balls is Pogba. Without the midfielder or forward intervening, it is difficult for Mbappé, the third man in the formula, to be able to activate when spaces are scarce. Luis Enrique knew it, who acted against his custom. The Spanish coach conditioned the game of his team to develop a plan that would interrupt the connection that causes almost all the deep plays of his rival.

Gavi or Rodri, the hounds

First it was Gavi who was paired with Pogba. Until in the 18th minute Deschamps ordered his pivots to exchange positions and then the French strategist paired up with Rodri. In the few occasions that Pogba received the ball, Benzema tried to uncheck and Rodri, or Gavi, or sometimes both at the same time, came to break the alliance. They almost always succeeded in the general course of an eminently tactical match. When Gavi and Rodri did not close the fence on Pogba, France wreaked havoc.

Pogba’s second association with Benzema produced the first chance of the match. Rodri lost the ball, Griezmann gave it to Benzema, and Benzema played with Pogba who returned the pass deep. The shot of the nine he went to corner. It was an hour before they reconnected. As the Spanish pressure eased, as a result of physical wear and tear, Lloris dared to go out playing from under, and Pogba began to receive more balls and with more time. In the 63rd minute, a pass from Pogba to Mbappé, who was paired with Benzema on his move to midfield, led to Benzema’s 1-1.

In the instant before Mbappé’s final 2-1, which was conceived with Théo from the left of the French attack, the three Spanish midfielders were turned into the opposite quadrant, where Pogba and Benzema were playing, acting as a decoy without intending to.

More than the choral game, the fulcrum of France’s comeback was, once again, the quick coup. Benzema’s goal represented it better than anything. On her thread from the corner of the area, direct to the opposite squad without Azpilicueta being able to do anything to avoid the shot, the ephemeral arreón was built that gave a new title to the current world champion.