Upon returning from Belgium with her footballer husband, she decided to follow the legacy of her cousin El Potro Rodrigo: Magui Olave, the female voice of the quartet 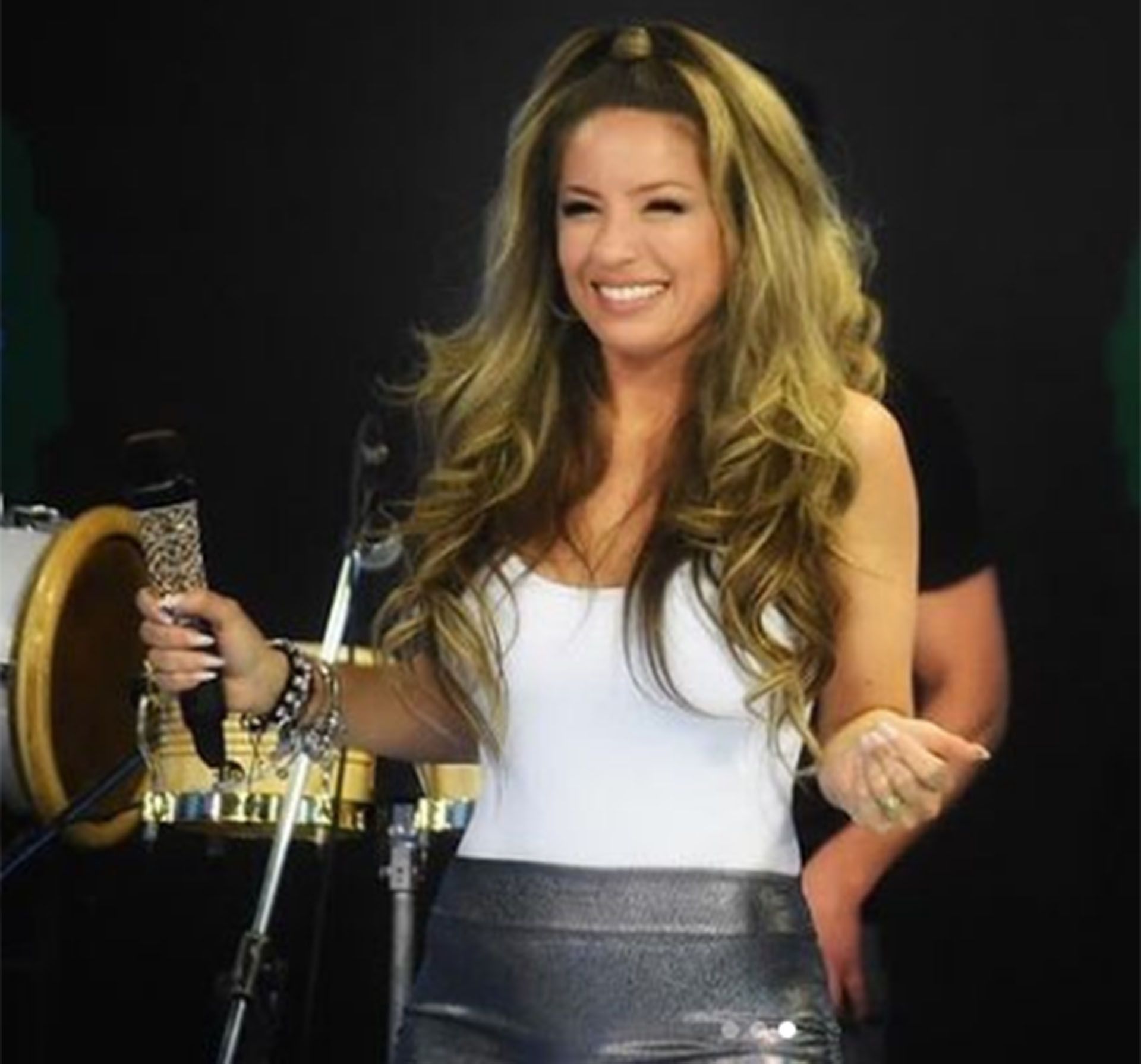 “Thank you because you came to this land to fulfill your mission and to leave us your passion for music, your love for the quartet and your struggle to fulfill your dreams. I will carry the most beautiful memories forever in my heart. I remember you in each melody, I smile at you in each song and before going to sleep I ask God for you. I love you, my little angel, and not a day will go by that we won’t stop missing you, ”Magui Olave wrote on his social networks. The “female voice of the quartet”, as it is known in Córdoba, had reference to the legacy left to her and to the country, by her cousin Rodrigo Alejandro Bueno, el Potro who died on June 24, 2000.

Magalí Campos Olave, as is her real name, was very young when her cousin left. However, as her father Alberto Campos was one of the musicians of the idol’s band (drummer), she is very aware of the tours and all the backroom that at the age of 15 led her, with the good and the bad, to decree that her future would be in music. This is how she took her first steps as a chorus girl for Ulises. Magui Olave as a teenager, as the chorus girl for Ulises Bueno

Married to the River player Matías Suárez, she lived for eight years in Belgium, where she was a mother and dedicated herself to her home. In 2016 the family returned to Argentina and in that new change of life that included the arrival of Valentino there was also his launch as a soloist with a clear purpose: to take the quartet to the top.

With 70 percent of his own songs, on Saturday he will present his third album En mi camino at La Plaza de la Música in Córdoba: “I’m also going to Corrientes Avenue, the idea is to play it all over the country, the name is even related to that”.

On “his way” Magui will have a double challenge: to nationalize the rhythm of Cordoba (as his cousin did two decades ago) and to find a place in a mostly male environment. “The public receives it well, it is difficult for people because it is a different quartet, with a woman’s voice, but little by little people are opening up and wanting to hear other sounds,” he tells Teleshow.

“What is it like to sing a quartet as a woman?”

—It’s a masculine world, but I always stressed the same thing, on the part of my colleagues I had the predisposition to share the stage. It is more about a business issue, which is breaking down little by little and we are showing that we are capable of being able to work and do the same as men.

“Did you have uncomfortable moments?”

—Thousands of things have happened to me for being a woman, but I did not take them from that place because when one is sure and loves what he does, he is able to show that it is not how another thinks it, always try to take the positive.

“Did the experience of seeing your father and cousin work help you?”

—Yes, since I was a girl I was watching and listening and seeing situations that make you mature and be prepared for any similar situation that you may encounter.

—And the last name opened doors (her mother was Beatriz Olave’s sister)?

—There were moments that it helped with certain people and others not so much. Just as there are those who love me for ‘being a cousin of’, there are those who do not for the same. I am always proud of my family and I tried to make my way and show that I had personal goals that had nothing to do with my cousins. 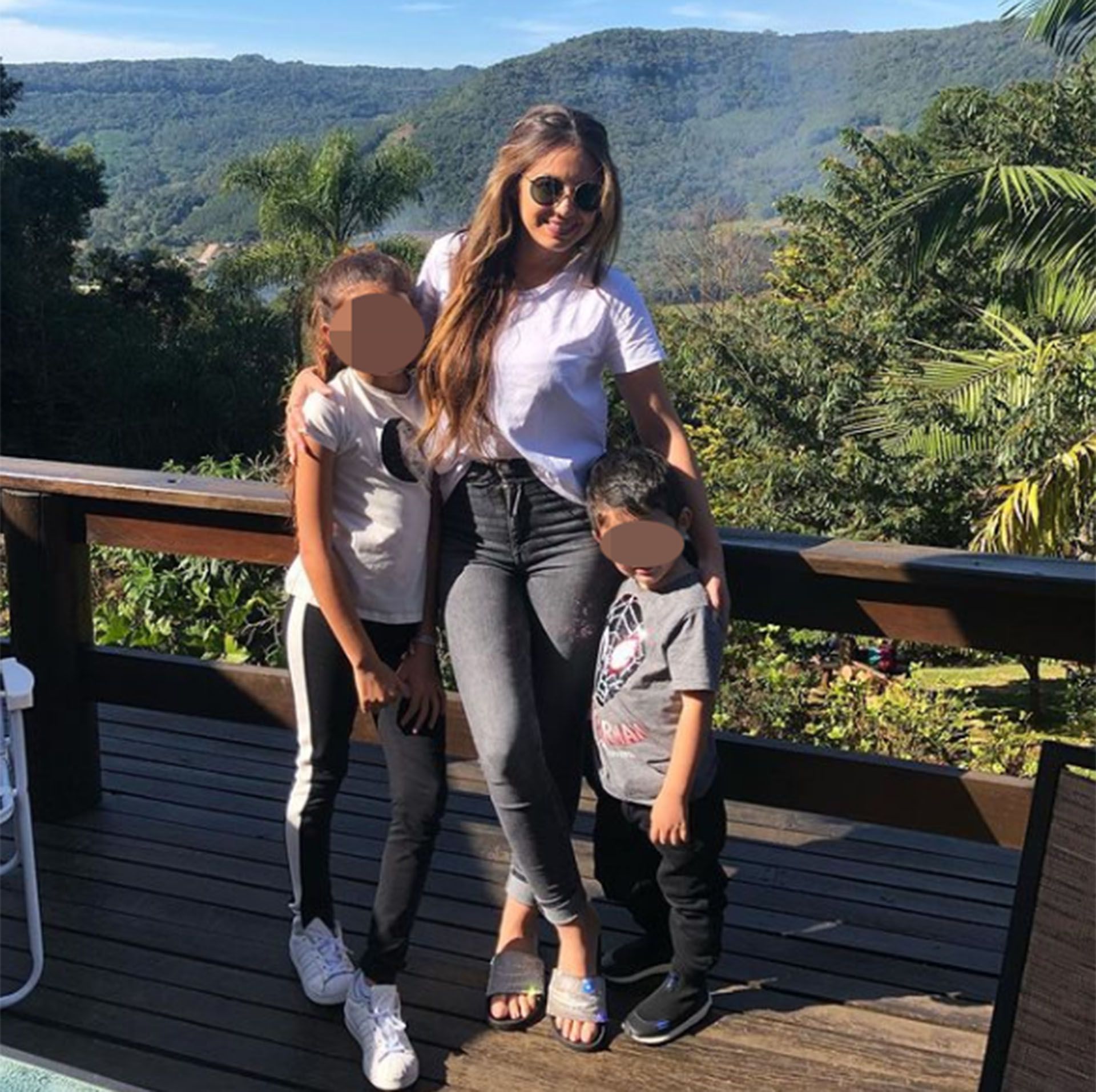 Magui Olave with her children Alona and Valentino

Mom of Alona, ​​12 and Valentino, 5 Magui redoubled the bet when asked about how the woman, the mother and the singer coexist: “It is more difficult to be a mother singing quartet than to be a woman in the quartet. My children are used to music being part of our life, we organize ourselves so that they stay with a relative when we work, and so that they always lead their life as children ”.

Every time the schedule and school allow it, her boys accompany her on the tour and live the same experience that she experienced as a daughter more than two decades ago. In order to reconcile her work and that of her husband, the family lives some days in Buenos Aires and others in Córdoba: “Weekends are the days we work the most and, in turn, our children need to rest.”

Thus, from Monday to Friday the four of them are in Buenos Aires where the boys attend school and from Friday to Sunday she travels to Córdoba for scheduled shows, sometimes with her children, other times with a friend who helps her. What is it like to have two houses in two cities? “It’s a mess!”, She is sincere and adds: “It takes time and tires but it is our way of life and we try to enjoy it.” Between so many trips, the pandemic found the four of them together enjoying a vacation in Córdoba. Although 2020 was not easy, she tried to rescue the good and focused on social networks, to be able to show her work. Magui Olave with Matías Suárez and his children Alona and Valentino

Magui met Matías through a mutual friend when he was playing in Belgrano de Córdoba. Soon after, in 2008 and while she was pregnant, he received an offer to work in Belgium: “It was difficult, I was waiting for my daughter and there were many sudden changes, another language, another culture, it cost”.

During his stay in Europe, music was present, but in an amateur way: “I studied but I dedicated myself to my house and my daughter. I put together an album that never came out but it helped me to see how I was doing and it helped me find my style. I also sang at the delivery of the Golden Boot, from doing nothing to being there, for me it was a before and after and I started doing some things ”.

In 2016, when the family returned to the country, Matías began to play in River and she launched herself as a soloist: “I decided to dedicate myself fully, build my band and really set the goal that I have today to be able to work with my music. all over the country. It cost and is a sacrifice, but we are on a path that gives satisfaction ”.

With the foursome in the blood Magui Olave as a child with her cousin, Rodrigo Bueno, El Potro

“I was six or seven years old and we accompanied my father on the tours he did with Rodrigo. It was all very familiar and music was part of my life. We had to go through situations that today make them value everything more and that I know how to know how to work, it is a huge sacrifice and I saw everything or the good and the bad of this world and that is forming you and makes you know more what you want to work from another place “, says the singer and adds:” The good weighs, everything works and it is good to have lived everything and it is good to use it so as not to make the same mistakes “.

What was Rodrigo like? “He was always very familiar, I remember bus trips and sleeping in hotels going from one place to another. And he was my cousin, funny, I think he always had something new to show, so I enjoyed those trips a lot ”.

In 2018 the fiction was released El Potro, the best of love, the film about the singer’s life that Magui did not see: “I don’t need to have to see a movie to know it was”. On the path that his cousin opened to the quartet, he closes: “He is still intact, they show him on the radio and he continues to listen, he is still alive with his music.”

This is how Eduardo Calvo is today, VideoMatch’s “Heavy Re Fucked”

Darío Barassi, intimate: why he plays with black humor, the media explosion and his relationship with his production companies Luli y la Colo

Sabrina Garciarena: what it was like to maternal in quarantine and the seven years breastfeeding non-stop