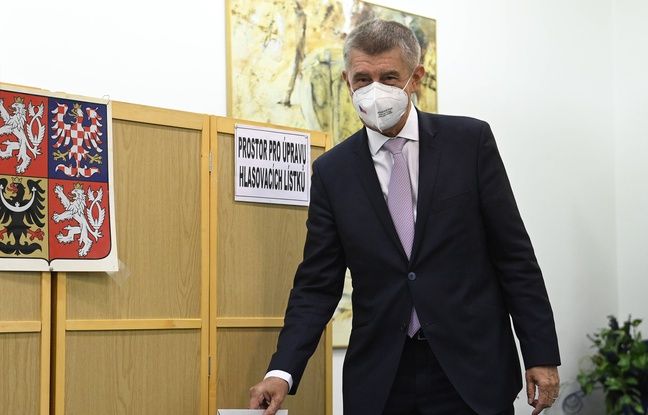 Prime Minister Andrej Babis won the parliamentary elections in the Czech Republic on Saturday. But he will struggle to muster a parliamentary majority, which means that a new government may not see the light of day for several weeks or even months. Partial results indicate that the centrist party ANO of the populist billionaire came out on top with 28% of the vote, despite numerous accusations of financial embezzlement and just a week after being named in the Pandora Papers survey.

The Ensemble coalition, made up of the right-wing Civic Democratic Party, TOP 09 (center-right) and the Christian Democratic Union (center), came in second with more than 27% of the vote, after a little counting. more than 90% of the votes. An anti-establishment Pirate Party alliance with the Mayors and Independents (STAN) movement won 15% of the vote. The two alliances would be able to form a majority in the 200-seat parliament, together obtaining 103 seats against 75 for ANO, according to a projection on Czech television.

A potential partner for ANO could be the far-right, anti-Muslim Freedom and Direct Democracy (SPD) movement, led by Tokyo-born businessman Tomio Okamura, which won 10% of the vote. With almost all the ballots counted, the turnout had reached 65%, compared to 60.84% ​​in the previous parliamentary elections in 2017.

67-year-old agribusiness, chemicals and media mogul Andrej Babis accused of alleged EU subsidy fraud and the EU accuses him of a conflict of interest between his roles as a businessman and politician. Last weekend, the international Pandora Papers investigation revealed that it had used money from its offshore companies to finance the purchase of properties in the south of France in 2009, including a castle. Babis has rejected all these allegations in which he sees a smear campaign against him.

The support of the Czech president

Andrej Babis currently heads a minority government with the Social Democrats, tacitly backed by the Communist Party which ruled the former totalitarian Czechoslovakia from 1948 to 1989. The Communists on Saturday scored below the five percent eligibility threshold, which means they will be excluded from Parliament for the first time since World War II.

It will be up to pro-Russian President Milos Zeman to appoint the new prime minister and Andrej Babis should be able to count on his former ally. “He will do his best to keep the ANO in power,” said Josef Mlejnek, analyst at Charles University in Prague. But Milos Zeman suffers from health problems that have confined him to his residence for the vote, and according to local media he may even have trouble appointing the prime minister.