You are browsing an internet store and you are tempted to buy a product.

It’s a bit more expensive than your bank account allows, but it becomes the most urgent thing in the world right now. What happens if the price goes up and you lose the opportunity? What if you run out of it?

On impulse, you do the math in your head and decide to buy. You don’t even need to enter the card number, which is already stored in the computer’s browser.

In recent years, studies in the fields of behavioral economics and neuroeconomics have shown that these situations, in which we take irrational decisions that harm our financial health occur frequently.

But what are our most common financial mistakes? And how not to fall into the “traps” of our brain?

A good way is to understand what these study areas have discovered and apply their teachings to our daily lives.

“Traditional economics has long considered the individual as someone rational, cold and objective and who will want to maximize their well-being, their economic benefit and their own interest”, says Professor Renata Taveiros, coordinator of the course on neuroscience and neuroeconomics at the Foundation Institute of Administration (FIA) of Brazil.

Don’t do anything impulsively without first assessing whether the guilt afterward is going to ruin your joy.

Unconscious decision making, which escapes rationality, was considered an anomaly. And, therefore, it did not become an object of study.

But in the late 1970s, a group of researchers revolutionized economics by looking at precisely these anomalies.

Then, the field of behavioral economics was born, whose main representative is the psychologist – yes, a psychologist – Daniel Kahneman, winner of the Nobel Prize in 2002.

“They open this space for conversation so that we realize that there are other things that influence decision making and not just the idea of ​​maximizing profit, welfare and profit. What are these things? Emotions, “explains Taveiros.

In the late 1980s, another field of study went even further.

Bringing together the discoveries of behavioral economics and the techniques of neuroscience, neuroeconomics attempts to unravel what happens in the brains of individuals when they decide to make an unnecessary purchase, for example.

“Now we have the ability to open the black box, which is how economists refer to people’s minds. In fact, you can look at and understand what is happening in the brain when the individual is going to make a decision“, says Taveiros.

“When you study neuroeconomics, the idea that we can control behavior, decision-making, everything we do vanishes. Because the motivator of decision-making is not the rational, cortical, logical and analytical aspect. The decision is very much more connected with emotionality, “he adds.

Learn to say ‘no’ to yourself

First of all, it is good to be clear that affections and emotions are not necessarily bad. On the contrary, they are of the utmost importance to our survival.

“Natural selection brought us the combination of affection and reason. And it was not in vain. This maximizes our commitment to the world. When you get rid of emotions, you remove empathy for the other. Our decisions become more selfish and society as a whole collapses, “says neuroscientist Álvaro Machado Dias, professor at the Federal University of Sao Paulo and partner at the Instituto Locomotiva. 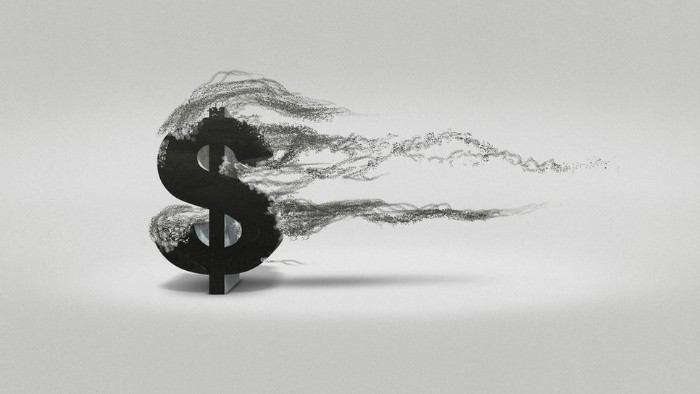 But it is a fact that emotions can also lead us to make serious mistakes, which lead to feelings of guilt and new debts.

It is in this sense that the teachings of behavioral economics and neuroeconomics can be useful to us: making our irrationality predictable and avoiding bad decisions.

The first tip seems simple, but in practice it is quite difficult. You must learn to say no to yourself.

“Don’t do anything on impulse without first assessing whether guilt won’t ruin the party. Better understand your ‘future self’, with your schedules and demands. Saying no to oneself is like saying no to a child: it is difficult, but it can be positive, “warns Álvaro.

According to Renata Taveiros, one of the reasons that hinder this denial of one’s own impulses is the increasing ease of making payments. QR codes, Pix, credit cards that are saved on shopping websites are some examples.

“When dopamine works, it stimulates impulsive behavior. How does it work? You have the expectation of winning something. It can be money, well-being, pleasure, a good image in front of others, etc. And this impulsive behavior makes you immediately want that reward, “he explains.

An example of how this reward system is currently being exploited is the adoption of mechanisms specific to games in the consumption process. That is to say, the transformation of the act of shopping into a game.

The applications of supermarkets and online stores promise rewards (discounts, free products, etc.) for reaching a certain number of points, for example.

Taveiros points out that in Brazil this type of bad decision can be identified in the high levels of indebtedness of citizens.

A study by the National Confederation of Commerce of Goods, Services and Tourism of August 2021, shows that one in four Brazilians (25.6%) could not pay off their debts within that month.

“We have very serious problems in Brazil and all this stimulus to consumption that encourages impulsive behavior worsens these conditions even more,” says the neuroeconomist.

Therefore, a golden tip to avoid this type of impulsive decisions is always to “take one more turn” before deciding to make the purchase.

“I usually put a sticker on customers’ credit cards that says’ take one more walk, wait a little longer, breathe. ‘ chemical substance that has an effect for a certain time. Soon, the feeling of ‘I want it, I want it’ will pass and the person will come to the conclusion that they can use this money on something else. But it has to be later, it is not possible at that moment, “he explains.

Don’t do the math in your head

But these bad decisions can be avoided even before the purchase. 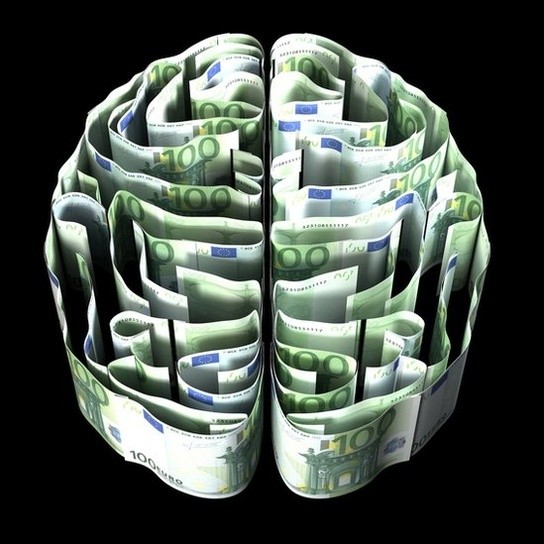 Do not make mental calculations, it is best to add your expenses with pencil and paper. GETTY IMAGES

Renata Taveiros explains that when you have an exact idea of ​​how your financial life is going, it is more difficult to get into debt.

“It is very important for a person to have courage and to know that it is going to be great to approach financial life and look at the accounts. Many people say that it is difficult, but after doing that, there is a feeling of relief. If you are afraid to look They will fall into all kinds of mental traps, “he says.

One of these traps is “mental accounting”, that mania of making calculations, most of the times incorrect, about our financial situation.

What you need to do is write your expenses with a pencil. Add up all your earnings and your living costs. Only then will you have a real idea of ​​how much money you can spend.

Take care of your ‘future self’

One of the most important decisions we must make, thinking about our future, is to save money. 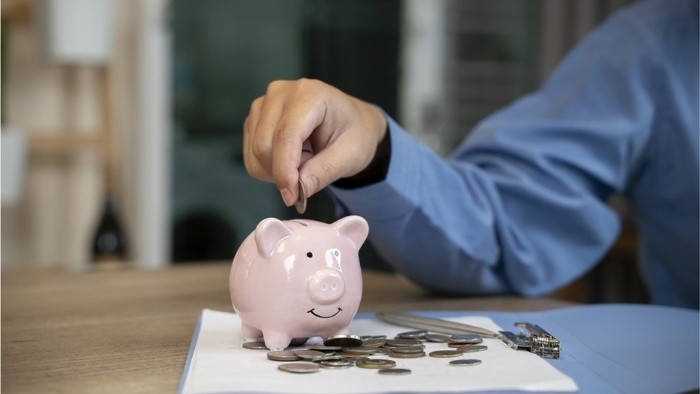 Saving is one of the most important decisions we can make. GETTY IMAGES

It is clear that the context of many economies that have unemployment, informality and high inflation, makes this uphill for many people.

But why is it so difficult to do this even when there are favorable conditions?

An effect known as “intertemporal discounting” in behavioral economics may explain this.

“Imagine that you take some binoculars and turn them over. What happens? What is far away is tiny. And what is close gets a value, a giant size”, explains Renata Taveiros.

“We want the immediate payoff, right now, because it seems to be so much bigger that a reward that is very mysterious, that you do not know what will happen in the future, “he adds.

Which can mean that, for our brain, saving money for the future self and giving the same amount to someone else is almost the same.

According to Renata Taveiros, a solution may be to create a “push”, that is, a little encouragement for you to think more carefully about your future.

“An idea that I usually apply is to use one of those applications that make you look older in a photo. It makes you connect with that image. Then, you must do the exercise of thinking about what you want for the life of that other person. So, you are going to create a neural circuit that connects your future self with your today self, “he says.

Also learn to say ‘yes’ to yourself

The neuroscientist Álvaro Machado Dias warns that although it is important to save money, you must also know how to give yourself permission. 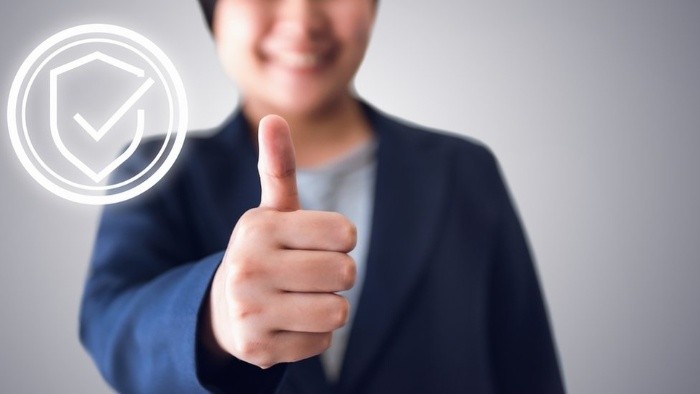 “Do not assume that it is always bad to allow yourself (to spend) and do not fall into the fallacy that we must continually postpone pleasure so that one day we can enjoy it in greater intensities. Today what we see is a sea of ​​people with no desire to live. Get out of this sea, “he says.

According to Álvaro, not all the decisions we make in life, economic or not, can be made in a purely rational way, and it is not even desirable for that to happen.

“Sometimes we are dominated by emotional components and, in fact, this can lead to bad results, including regret,” he says.

“But the entry into play of these non-formal, logical components is what ultimately makes our decisions better for the group, the species and the culture as a whole,” he adds.

Therefore, the advice is to know how to better distribute your energies and concerns.

“There is no time – nor does it make sense – to try to optimize every decision. Choose your battles. Focus on the options that matter most; they are the ones that will finally define who you are, “says the expert.

Now you can receive notifications from BBC Mundo. Download the new version of our app and activate them so you don’t miss out on our best content.

Wall Street closes in the green and the Dow Jones rises 1.88%