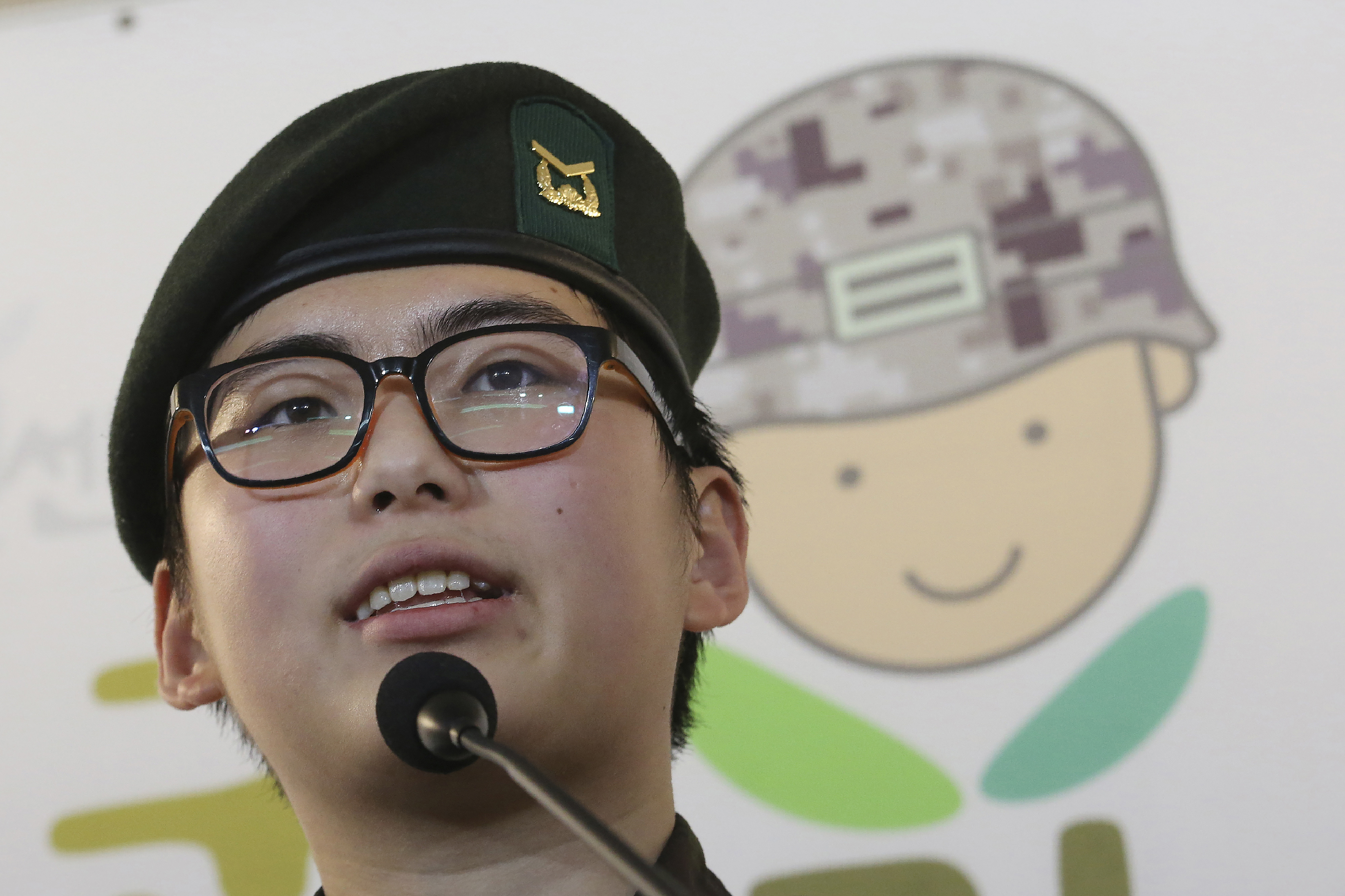 Seven months after her death, South Korean Sergeant Byun Hee-soo has won her last battle. A court on Thursday declared the expulsion from the army of this soldier null and void, the first transsexual soldier on record in the armed forces of her country. The ruling, which calls for the passing of laws that guarantee equal rights, represents an important victory for the discriminated national LGBT community. The Ministry of Defense has already indicated that it will begin to study the possibility of admitting transgender people into the ranks. But for Byun, the result of a two-year struggle comes too late: She was found dead at her home south of Seoul last March.

Byun, 23 at the time of her death, had enlisted as a volunteer in 2017 in the South Korean Armed Forces, where all males between the ages of 18 and 28 must complete mandatory military service of about 20 months. His childhood dream, as he would claim in his appeals, had always been to be a soldier.

In November 2019, during a leave of absence, he underwent a sex reassignment operation in Thailand, of which he notified his superiors. It was the first case of an active transsexual military man in South Korea: the law prohibits trans people from enlisting. After the surgery, the Ministry of Defense determined that the lack of male organs constituted a disability. In July 2020, a military committee ordered the expulsion.

The young woman, who had renounced anonymity in January of that year by offering a press conference in which she implored, in uniform and through tears, to be allowed to continue as a woman in the Army, filed an administrative lawsuit in that August to demand your readmission. He claimed that the expulsion had been unconstitutional.

But Byun did not get to see the resolution of his case. Since her departure from the army, this passionate about everything military had not been able to find work. In January of this year he had tried to commit suicide. In March, firefighters found her body after the person in charge of providing psychological assistance reported that she had not been able to contact her for days.

Now, the Daejon city district court has ruled that the South Korean military should have considered Byun a woman. “Given that she had requested a sex change in court and notified the armed forces, she should have been considered a woman when the military hospital conducted tests to determine if she was fit for service,” the sentence indicates.

And to determine if it was suitable, it should have taken into account “the special circumstances of the armed forces, the basic rights of transgender people and public opinion,” adds the court. The lack of male genitalia, he considers, was not a reason for expulsion, since the soldier was a woman.

Respect for the Armed Forces

The South Korean Armed Forces have indicated that they respect the court’s decision. In statements collected by the Yonhap agency, an official from the Ministry of Defense has indicated that, after the ruling, “we are working to begin to review the issues around transgender people serving in the Army.” “We are going to launch a study before the end of the year in cooperation with experts and civil entities.”

Equality organizations in South Korea have hailed the court decision as “a ray of hope.” The Transgender Liberation Front has welcomed the ruling, “a significant message that transgender people can exist in the military.” But the army, “he added,” must apologize for its treatment of Byun, and undertake reforms that prevent a repeat of sufferings like that of the young woman. For its part, the Rainbow Act association has requested through Twitter that the National Assembly pass laws to ensure that people trans they can serve in the armed forces on equal terms.

South Korea, one of the most advanced economies in the world, continues to be a deeply conservative society, where many members of the LGBT community are forced to continue to live in the shadows. Although in the last fourteen years it has been tried a dozen times, factors such as pressure from powerful conservative Christian groups have so far prevented the passage of laws guaranteeing equality.