Spanish basketball legend, the immense Pau Gasol hangs up at 41 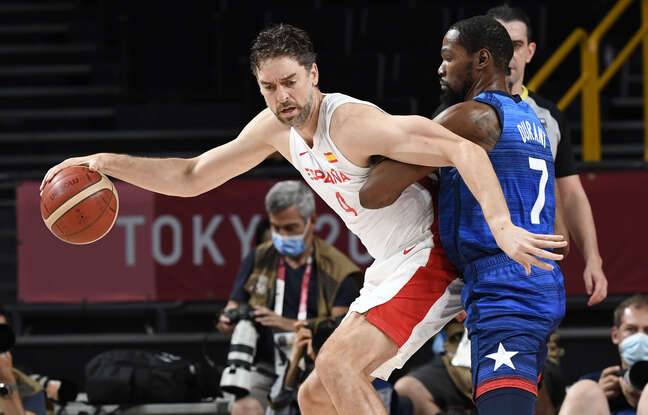 Bye. Leader of the Spanish golden generation alongside his brother Marc, Juan Carlos Navarro or Rudy Fernandez, Pau Gasol announced on Tuesday that he was stopping his career at 41 years old. “I’m here to let you know that I’m going to retire from professional basketball. It’s a tough decision, after so many years, as you can imagine. But it’s a thoughtful decision, ”he explained during a farewell ceremony held at the Liceu theater in Barcelona, ​​surrounded by his family and loved ones.

“You have to know how to turn the page. I wanted to finish playing and enjoying, and not on crutches and between several operations, ”said Gasol, victim of a serious fractured foot in 2019 who had almost put an end to his career. The eldest of the Gasol brothers notably led Spain to a world coronation, two Olympic silver medals, three European titles, and had a remarkable career in the NBA championship, which he won twice (2009, 2010 ) with Kobe Bryant’s Los Angeles Lakers.

“A word for my friend Kobe Bryant… I would have really liked him to be there with us. Life is sometimes very unfair. I think of him, of his daughter. He taught me to be a better player, a better leader. I have always considered him a big brother. So thank you Kobe ”, slipped Gasol about his great friend, who died in a helicopter crash in January 2020.

The Catalan giant (2.16 m) is one of the greatest European basketball players in history, alongside legends such as Dirk Nowitzki, Drazen Petrovic, Toni Kukoc or his best French enemy Tony Parker.

Pau Gasol won almost everything: in Spain under the colors of FC Barcelona, ​​then in the NBA, and even internationally, where he upset the invincible Americans with his selection at the 2008 Olympic Games in Beijing and 2012 in London. … Without ever succeeding in gleaning gold. His last attempt, this summer in Tokyo, ended in failure, Spain having been eliminated in quarters by the United States (95-81).

He doesn’t want to become a coach

It was to win a coronation in the Euroleague, the only club title missing from its record, that Pau Gasol returned to FC Barcelona, ​​in his club of hearts, in 2021, after having unsuccessfully skimmed several NBA teams, including those of San Antonio and Milwaukee. But, with the return of a Gasol on the decline, Barça failed to win the queen competition of European basketball.

On the subject of his future, the legendary Catalan denied Tuesday wanting to become a coach: “Consultant, or leader… We will see. I have already started talking with several NBA teams. “