Pedocriminality in the Church: can we force priests to lift the secrecy of confession in order to denounce sexual violence?

“The secrecy of confession is binding on us and is above the laws of the Republic.” In one sentence, Wednesday October 6, Eric de Moulins-Beaufort relaunched a controversy well known to experts in canon law. The president of the Conference of Bishops of France commented on one of the recommendations of the report of the independent commission on sexual abuse in the Church, presented publicly on Tuesday.

This commission believes that the secrecy of confession – when a priest hears the word of the faithful behind closed doors of a confessional – cannot be “opposed to the obligation to denounce sexual crimes against minors or vulnerable persons” . And reminds “clerics, men and women religious that the law of the Republic prevails” over the laws of the Church. 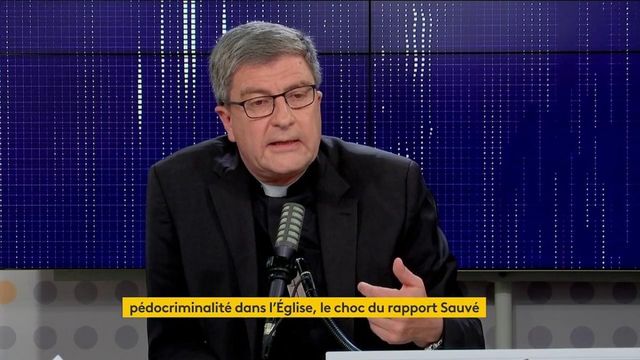 In other words: a priest having knowledge of such sexual violence, directly in the words of a victim or through an intermediary, even in a confessional, is obliged to report these facts to justice.

To justify the secrecy of confession, the Catholic Church relies first of all on canon law, which is specific to it. “The sacramental secret [qui concerne les sacrements] is inviolable “, establish canon 983. “It is absolutely forbidden for the confessor to betray a penitent in anything, by words or in any other way.”

No exceptions are tolerated. If applicable, depending on the canon 1 388, a priest risks excommunication, that is to say exclusion from the community of believers, which is the most severe of sanctions. In 2019, Pope Francis certainly introduced the obligation of internal reporting for any suspicious behavior in matters of sexual violence against minors. But without touching the secrecy of the confession.

This canon law therefore takes precedence over French law, according to the president of the Conference of Bishops of France. “In emotion, he did not use the exact terms,” ​​corrects Karine Dalle, deputy secretary general of the CEF. “The secrecy of confession, of course, is not above the laws of the Republic. It is, moreover, framed by law and jurisprudence.”

The Church considers in fact that the secrecy of confession is protected by secular law. In 2019, when parliamentary work in the Senate, Olivier Ribadeau Dumas, then secretary general of the French Bishops’ Conference, considered that sacramental secrecy was professional secrecy, “in the same way as medical secrecy or the relationship between a lawyer and his client”. But priests and chaplains do not appear in any legal text devoted to “professional secrecy”, unlike lawyers or some doctors.

This interpretation is therefore based solely on old decisions of the criminal chamber of the Court of Cassation. “The secrecy of confession, as opposability to the obligation to denounce a crime, is a construction of jurisprudence”, explains to franceinfo the lawyer Antoinette Fréty, heard by the Senate in 2019 and by the independent commission on abuses sexuality in the Church.

To tell the truth, the texts invoked are very old. In 1891, the Court of Cassation considered that priests were “bound to keep secret the revelations which may have been made to them by reason of their function (…) by way of confession or outside this sacrament”. At that time, the law of separation of Church and State had not yet been passed. More recently, in 2002, a decision of the Court of Cassation recognized “the obligation imposed on ministers of religion to keep the facts of which they are aware in the exercise of their ministry”.

Today, a person subject to professional secrecy risks one year in prison, in the event of disclosure of information of a secret nature. But exceptions have been set up in the case of sexual violence committed against minors or vulnerable persons. Since 1994, “the Penal Code has made it possible to lift professional secrecy in the event of sexual crimes committed against minors under the age of 15”, explains Antoinette Fréty. “Doctors and lawyers cannot be prosecuted for breach of this professional secrecy.” They must even report infringements brought to their attention. How then can we justify silence in the context of a confession?

Eric de Moulins-Beaufort establishes a difference between the moment of “confession”, inviolable, and the moment of “confidence”. “The secret of confession is not the end of everything, it is not a hat on the crime but on the contrary an opening”, explains to franceinfo the priest Thomas Poussier, author of the book Secret of confession. “When I see a woman beaten by her husband, I suggest that he talk about it after confession.”

Thomas Poussier therefore calls for strengthening the training of priests, to help them find the right people and resources, such as the toll-free number 119 of Allo childhood in danger. This proposal had already been formulated by the Conference of Bishops of France, in a note dated December 2020: “The priest who has received information outside the framework of confession can make an exception to professional secrecy or even, in certain cases, must do it.”

This last idea makes Antoinette Fréty jump. “Who will be able to verify that the child has been well accompanied to give his testimony again?” asks the lawyer. “And then, it is not for the child to repeat several times. It is for the adult to fulfill the obligations of denunciation.” This distinction between “confession” and “confidence” did not convince the members of the commission either, who considered it completely illusory that underage victims could reformulate their testimonies at will, in and outside the confessional.

“The secrecy of confession is not made for the victims. It is made to allow the Church to defend itself. ”

This is also the opinion of anthropologist Laëtitia Atlani-Duault, member of the independent commission on sexual abuse in the Church. The secrecy of confession “can be a weapon of massive silence on sexual violence” committed by members of the Church, considers the researcher in Le Monde. “After speaking to priests, very few victims see their cases reported to justice, with the justification that their word has been heard in confession.”

The members of the commission draw very firm conclusions on the way of considering the “professional secrecy” of priests and clerics. These cannot “derogate from the obligation (…) to report cases of sexual violence inflicted on a minor or a vulnerable person to the judicial and administrative authorities”. In its argument, the commission denounces a contradiction between “secrecy of confession” and necessary “protection of life and of the person”, present in the Ten Commandments. Of course, she leaves it to the Catholic Church to resolve this dilemma itself.