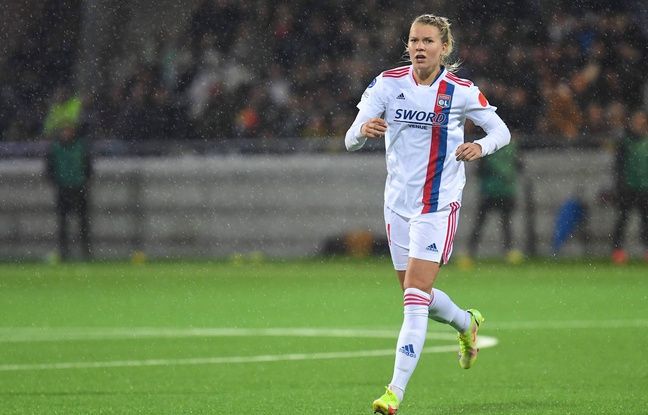 The seven-time European champions are back. If the qualifying dam for the new formula of the Champions League (with a group stage) had been delicate last month (2-1 success in the first leg as well as in the return against Levante), OL flew over its start competition, this Tuesday in Gothenburg (Sweden). Thanks to their attackers Melvine Malard (0-1, 10th) and Catarina Macario (0-2, 48th), successful since the recovery, the Lyonnaises took shelter from the start of the second period against BK Häcken .

More than the third goal, scored against his camp by Stine Larsen (0-3, 53rd), the end of the match was marked by the long-awaited return of Ada Hegerberg on the field. 625 days after her last official match, the Norwegian striker had a huge smile when replacing Catarina Macario (79th). Seriously injured in the right knee and then in the left tibia, the top scorer in the history of the Champions League (53 goals) was sorely lacking during the last untitled season on the Lyon side.

Very moved just after the meeting, the first Golden Ball in history (in December 2018) could therefore change in the coming weeks the face of a very young workforce on the offensive plan since the departure of Eugenie Le Sommer. “On a mental level, she is very strong, recalled Monday his coach Sonia Bompastor. Don’t worry about her, she will come back very quickly, there is no apprehension for her. The main annoyance on the OL side concerns Amel Majri, victim in turn Friday of a rupture of the cruciate ligaments of the left knee during the match in Bordeaux. The Lyon players also brandished this Tuesday a jersey flocked to his name after the first goal of Melvine Malard.