Pedocriminality in the Church: follow the press conference for the presentation of the “Sauvé report” 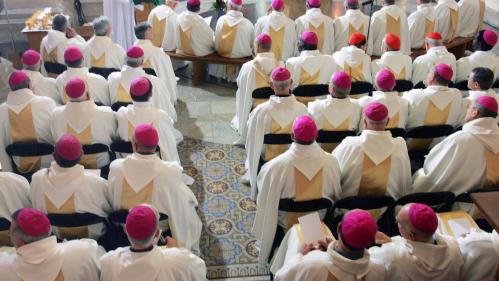 It is time to take stock of the news.

• #PEDOCRIMINALITY Explosion in sight for the Catholic Church in France and beyond: the Sauvé commission, which investigates the extent of child crime between the 1950s and today, publishes its overwhelming conclusions. Here is what we know about this report which establishes that there have been “between 2,900 and 3,200 pedophiles” in France for nearly 70 years. The press conference to present the report is to follow live on YouTube from 9 a.m.

• The sworkers are called to strike and to demonstrate throughout France, to demand “urgent answers”, in particular on the question of wages, and to put social questions back at the heart of the debate. Some 200 meeting points are planned across the country, according to Céline Verzeletti, Confederal Secretary of the CGT. Here is what to expect from this day of strike.

• #FACEBOOK Facebook, Instagram, WhatsApp and Messenger, the two social networks and the two messengers of the Californian giant, suffered an unprecedented outage Monday evening. After more long hours of inaccessibility, the sites are working again.

• #FOOT Kylian Mbappé indulges, in L’Equipe, about his summer agitated by the rumors of departure, the arrival of Lionel Messi at Paris Saint-Germain and the failed Euro of the Blues. The striker assures that he “no longer discusses an extension” with PSG.