Marc Gasol: “I have not seen anyone like Pau” 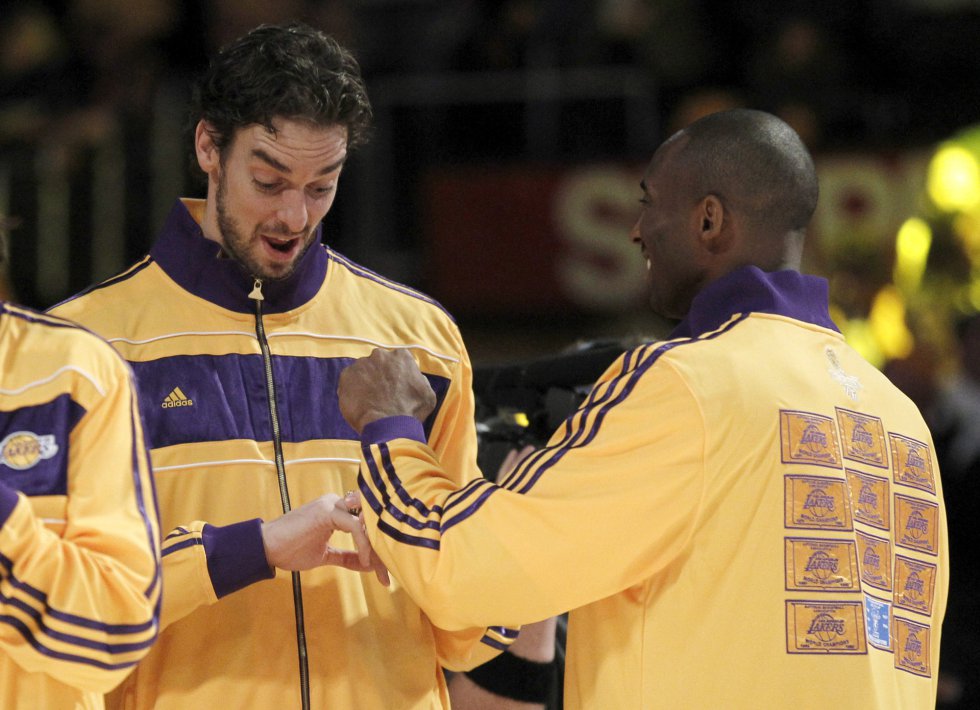 Pau Gasol’s legacy is revealed through the admiration and respect of teammates and rivals, coaches and fans around the world. Ricky Rubio, a 17-year-old boy when in 2008 he began to play for the national team alongside the one who was his idol and whom he later faced multiple times in the NBA since 2011, defines the trail left by Pau. “He has been a benchmark, he has broken barriers and has placed Spain and European players at a high level in the NBA.” The 30-year-old guard who debuts this season in the Cleveland Cavaliers jersey emphasizes: “We should be very grateful to him. Basketball is what it is now in Spain and in Europe thanks in part to him. I keep his leadership, difficult to find, and even more so in his center position because normally the forwards and point guards are the ones who tend to play that role. He has performed it with great intelligence and has always shown his desire to be better and to help his teammates to be better ”.

Phil Jackson, the coach of the NBA’s 11-ring champion and the Lakers when they reached three finals in a row and won the titles in 2009 and 2010, describes in his book Eleven rings how he viewed Pau Gasol when he joined the team in February 2008. “He was mature, intelligent, possessed of a deep understanding of our sport and willing to take a junior role, if necessary, in order to increase the team’s chances to win. He was the right person at the right time. As soon as he joined, we stopped being a team that struggled to score a hundred points per game to become a fast scoring machine that averaged more than 110 points and had a lot of fun doing it. “

Pau Gasol was a star when he was not yet one. I was 18 years old. During the 1997-1998 season he was almost always seen in the company of Juan Carlos Navarro. They were two of the promises of the Barça quarry, to which the Bomba had arrived a little before the one who was going to be his friend and partner in the team and in the national team. Sasha Djordjevic, the Serbian guard signed after passing through Portland, was the team leader. The now 54-year-old Fenerbahçe coach remembers: “When I saw him smoking with Navarro -they were always together-, he gave them some slaps and told them that there they wanted to ruin his career for something silly. They agreed with me. When he realized that he could succeed, he changed his attitude and multiplied his efforts ”.

The kings of the mambo

The starting pivot when Pau started training with Barcelona’s first team in 1998 was Roberto Dueñas, 2.21 meters tall. “I tried to do the same thing that veterans like Nacho Rodríguez had done to me. You tried to take care of them a little, to advise them, also to Navarro. But in his case, beyond hitting him a lot in training, I could teach him few things about how much he got later, ”says Dueñas. “That generation arrived with impetus. It was as if he said: ‘I am the king of the mambo and I do everything well.’ My first memory of him is that he had impressive physical qualities. At first he complained a little that he lacked them. After the first year, he made a chip change. He realized that it could be the milk. He changed his attitude in training and in the gym, which he did not like very much, and his story began. It has marked an era in Spanish basketball and in the NBA. That is final. For me the two best players in the history of Spanish basketball are Juan Carlos Navarro and him, although I don’t like to make comparisons. For me, what makes them different, they also marked an era both in terms of titles and games, is that they leave a mark for their mentality and for how the teams play at Barça and especially in the national team. They marked a before and after in the history of Spanish basketball, and this is something palpable ”.

Marc Gasol, in addition to Pau’s brother, has been his teammate, his rival in the NBA. They shared the Prince of Asturias Award for Sports in 2015, the year in which they starred in the historic initial jump in the NBA All Star. “Pau’s talent is not possessed by anyone else. I haven’t seen anyone do what he does. In addition, he is constant and works hard to reach his maximum. I have never seen anyone like him ”, he says.

Jorge Garbajosa, president of the Spanish Basketball Federation and Pau’s former teammate in the national team, thinks: “One of the best players in the history of basketball in the world abandons his career and that is always a cause for sadness. But it is also a source of satisfaction and joy in the sense that he has had the ability and determination to decide for himself how and when to retire. His legacy is eternal ”.

Sergio Scariolo, the Spanish coach, was blunt already on the day that Pau played his last game with Spain, on August 3 against the United States: “A legend is leaving, not of Spanish basketball, but of world sport.”

The Lakers, the team in which Pau triumphed and won two rings in 2009 and 2010 and that according to The Athletic plans to retire his jersey with the number 16, they posted on their Twitter account: “A hero in Los Angeles, a basketball legend around the world. Congratulations on your retirement, Pau ”. Adam Silver, commissioner of the NBA, also sent a statement after the retirement of the Spanish center: “Pau Gasol is undoubtedly one of the most outstanding players of his generation. He inspired countless fans with his skills and passion for the game. But what makes it special is its tireless commitment to Spain and other communities in the world. We congratulate Pau for his extraordinary career and we thank him for his dedication as an ambassador for our League ”.