The upheaval in energy markets scares the global economy 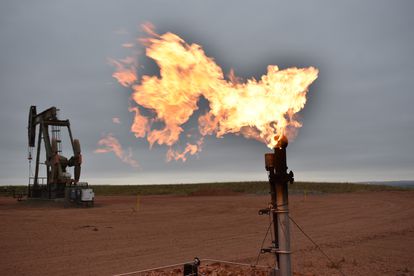 An oil well in Watford City, North Dakota, in an image taken in August.Matthew Brown (AP)

The turmoil in the energy sector is casting a shiver of unease over a global economy that seeks to move past the pandemic depression as quickly as possible. Natural gas and coal, at record highs; oil, around $ 80, still far from its peak in 2008 but even more than its low in April last year, at the height of the COVID crisis; China, the world’s factory, engulfed in a wave of blackouts that threaten to wreak havoc on its industry; the electricity bill, dragged down by gas and the rise in the price of CO₂ emission rights, eroding the purchasing power of many households just after a period of economic suffering. A worrying picture, in a world already weighed down by stressed supply chains and with accumulated social unrest after the pandemic drama.

In retrospect, a convergence of multiple factors – a very cold winter, low wind energy production in summer, demand triggered by the boom in post-pandemic consumption, maintenance tasks at Russian and Norwegian plants (the two largest European suppliers) – explains the escalation of prices; in prospective terms, an essential factor stands out as determining the future path. The northern hemisphere is on the verge of the cold season, when demand skyrockets. And a second frigid winter, after last year’s snow and ice storms in Europe and the US, would make things even uglier. “The truth is, I don’t remember any precedents for something like this,” Francisco Blanch, Bank of America’s chief of raw materials, emphasized by phone.

Unlike other critical moments in the past, today climbing does not affect a single primary energy source but all of them. Yes, the world had to deal, not so long ago, with triple-digit oil prices. But this time the novelty resides in the coincidence in time of historical maximums in the markets for natural gas and coal and crude oil at more than respectable levels. Behind this escalation, in addition to the aforementioned factors, there is also a diminishing investment in exploration and production of fossil fuels: even the most iconic oil companies have long fled wells to embrace windmills and solar panels.

“It has stopped investing in hydrocarbons without taking into account that they continue to account for more than 80% of the primary energy consumed in the world. Of course, an energy transition must be made, but it must be governed better, ”criticizes Mariano Marzo, emeritus professor of Earth Sciences at the University of Barcelona. “If winter is bad, people are going to get very nervous and supply problems cannot be ruled out.” Between now and the end of the year, confirms Samantha Dart, head of natural gas analysis at Goldman Sachs, everything will depend on the meteorological variable: if temperatures deviate lower than their historical average, there will be problems; if not, prices will begin to relax before spring arrives.

Accumulated reserves, the quintessential buffer when supply falters and prices skyrocket, don’t help either. In Europe, gas deposits are today just over 70% of their capacity, almost 13 points less than what is usual at this time of year, after the high consumption last winter and this summer, when the power plants of combined cycle have had to compensate for the lack of wind. Big Asian countries, Bloomberg New Energy Finance analysts write in a lapidary monograph, are “prepared” for the cold; “But not Europe.”

To try to save the situation, Spain has already asked Brussels to centralize gas purchases in order to obtain a better overall price. A request that has already received the approval of the president of the European Central Bank (ECB), Christine Lagarde, but that will hardly be able to offer results in the very short term. Meanwhile, governments are mobilizing to guarantee supplies and mitigate the most regressive effects of the market upheaval. The Spanish Executive launched on Friday a public consultation to reform an important type of regulated tariff; the French, announced on Thursday measures to stop the escalation; the Italian, the same a few days before.

The sudden rebound in natural gas leaves first-rate collateral effects. Coal, an energy source with more past than future – it is less efficient and much more damaging to the environment – more than doubled in price since January. The triggering factor is China, which still depends to a large extent on mineral to quench its inexhaustible thirst for electricity and which has redoubled its commitment to it in the face of the implosion of the gas market. Covering your back is more expensive than ever, but Beijing can’t afford more haircuts in the dead of winter.

Looking at the sky … and at the thermometers

“This started as a purely European story, then it also affected China and now it is global,” says Norbert Rücker, Julius Baer’s head of economic analysis. He, however, still does not see traces of a structural upheaval but rather a concatenation of unfortunate events that are likely to be diluted in the near future: after the summer stoppages, he says, Norway and Russia will be pumping more gas again soon and Renewable generation will pick up in the Northern Hemisphere as soon as the wind returns, leaving behind the unusually low production of recent months. Again, the market looks to the sky: “A windy and rainy autumn could abruptly change the picture,” he confides.

If the situation persists, however, the repercussions will be systemic. Talking about energy is much more than talking about one more raw material. Rather, it is to speak of the engine that moves the wheel of the economy. “It is everything,” March summarizes. And it is in practically all areas: no chink of the modern economy escapes its scope. The factories, as the Chinese case testifies, suffer cuts in the middle of the recovery of the economy, when the demand for products begins to return under its jurisdiction after the COVID stoppage. Transportation becomes more expensive, at a time that is already complicated: before starting to feel the rise in fuel, freight rates had already skyrocketed. Up to the primary sector, a priori More sheltered, it is being seriously compromised by the shortage of fertilizers, for which gas is essential. And yes, here it also rains in the wet: food is already at a high of a decade and so far this year has accumulated an increase of more than 30%, according to the Food and Agriculture Organization of the United Nations (FAO).

“If there are supply cuts in winter, a significant risk if temperatures are low, this crisis will take its toll on economic growth,” predicts Henning Gloystein, head of Energy and Climate at the strategic consultancy Eurasia, in a note for clients. Along the same lines, some analysis houses have already begun to put the scissors to their forecasts for China due to the forced closure of factories due to the lack of electricity supply. However, while waiting for these risks to materialize, the macro variable that has jumped the most is inflation: after several years at zero and neighbors, prices have been clearly upward for months, fueled largely by energy. On Friday, Eurostat announced that the euro zone’s September data is the highest in 13 years. And central banks – led by the ECB – are beginning to feel their breath on the back of their heads at a very delicate moment: a rise in interest rates would complicate the financing of states with their debt at maximum levels after having quelled the recession with public spending. Although under very different circumstances, Europe simply cannot afford a error Trichet bis just a decade later.

“Three weeks ago I would have said it was a one-off problem, but now I think we may be moving from a purely energy issue to a macro issue,” emphasizes Blanch, who believes that in a cold winter oil could go above $ 100. “And that would be suffocating for consumers.”

A spigot for social discontent

Expensive energy opens a spigot through which political and social discontent can easily creep in. Stability itself is at stake: the rise further delves into the wound of inequality, hitting vulnerable households disproportionately more. Although in European societies the level of social cohesion is generally high compared to other Western countries, the feeling of inequality and that globalization has been generating clear winners and losers is becoming increasingly evident. Many specialists consider it to be a driving force with significant political consequences. Brexit is an example of the relevance of that sentiment. The mobilization of yellow vests, exploded in 2018 in France by an increase in diesel taxation, is another, in this case with background circumstances similar to the current ones.

The turbulent situation of the energy market thus highlights a structural reality of the broader picture of the ecological transition: it is an industrial conversion with strong regressive aspects. Isidore Tapia, expert in the field and author of A different planet, a new world (Deusto), points out the impact on daily life of this revolution and its unequal elements, at least in the transitional phase: from the outset, because the internalization of the costs of pollution in energy prices harms more intensely the energy prices. more vulnerable households —the European Commission proposes including the payment of CO₂ emission rights also in the domestic heating and transport sectors, which would increase the regressive effect—; second, because many of the green incentive measures tend to benefit affluent households more, for example, by having a better chance of buying an electric car.

It is in this framework that the actions of various governments should be read to limit as much as possible the impact on the population: caps on the final price of electricity or gas, checks for the poorest households, tax rebates or, directly, draining part of the multimillionaire profit harvested year after year by the electricity companies. Meanwhile, the Commission, concerned about the rise of extremism, is considering a social compensation fund. But the road to shaping effective rebalancing measures is long and arduous. The current scenario, then, seems to heighten awareness of the problem and launch a race in which the competent authorities must act before the situation causes profound damage to vulnerable households and generates dynamics of radical protests. In 2019, 7% of the European population could not afford to keep their home warm in winter, according to Eurostat data.

“The context that cannot be forgotten and in which this crisis is inscribed is that of the fragilization of the middle class for 30 years due to globalization. Today, any development that affects purchasing power is dangerous. Governments are sitting on a barrel of dynamite ”, considers the French geographer Christophe Guilluy, author of several essays that study this phenomenon, among them No society. The end of the western middle class (Taurus) o The time of ordinary people (Flammarion). “If high prices persist, there is a risk that a new protest movement will be unleashed. Today, social movements do not resemble those of the 20th century, they have a cultural and existential dimension. It is a struggle for survival. In France we not only had the movement of the yellow vests, linked to a rise in diesel, previously there was also that of red hats, in 2013, as a result of a tax on the transport of trucks ”, he recounted by telephone. “This is flammable material.”