Sexual abuse in the Catholic Church: “We are facing an institution that displays massive deviations”, according to the association La Parole libérée 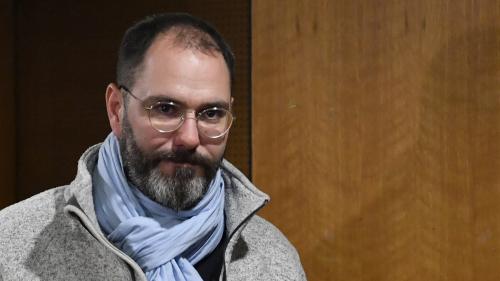 “We are facing an institution that has massive deviations, which is completely dysfunctional and needs to be reformed to a considerable extent,” François Devaux, founder of the association La Parole libérée qui lutte contre, responded on Sunday 3 October on franceinfo pedocracy in the Catholic Church. Jean-Marc Sauvé, the chairman of the commission investigating child crime in the Church, said there had been “between 2,900 and 3,200 child criminals”, men, priests or religious, within the Church Catholic in France since 1950.

This commission will release its 2,500-page report on Tuesday. He mentions rape, torture or even slavery. “This is what has been said for six years now and nothing is moving within the Catholic Church, neither among the bishops, nor within the Vatican,” laments François Devaux.

franceinfo: What is your first reaction to this report from the commission?

François Devaux: It’s incredible, it’s unthinkable. This is what we are talking about. This has been said for six years now and nothing has changed within the Catholic Church, neither among the bishops, nor within the Vatican, nor the Pope himself, who is constantly under attack. It is not clear that the commission is talking about a fund of 5 million to compensate victims. I do not know what they intend to finance with these 5 million euros. It will not be enough to pay for the crisps and the welcome drink!

Did you hesitate to testify before the Sauvé commission or not?

I did not hesitate to testify to the commission for a single second, but I had doubts at the start of this commission, in particular due to the Catholic affiliation of its president. He belongs to this religion. He himself did the minor seminary, he almost became a priest, he has a true Catholic education which is at the heart of the problem. I also had doubts because there were no victims within this commission. In the end, I think it was a good decision.

How do you think the omerta was able to settle within the Catholic Church on these pedophile crimes?

The question facing us today and which must be answered is whether the Catholic Church is really capable of carrying such a program of reforms, so broad, of such depth. Can we say to ourselves decently that it has a chance to get there, this is the question that I ask all humanity in view of all that it has committed and that no border, no culture has been able to hinder, to prevent. This is the real fundamental question posed by this report.

To this question you are asking, what is your answer?

It doesn’t matter what I think about it. The answer is that of an entire society. It belongs to governments around the world, to different democracies. It belongs to the way we look at this pope. We are faced with an institution which displays massive deviations, which is totally dysfunctional and which must be reformed on a considerable scale. It is necessary to review its governance within this institution, it is necessary to review points of theology, the integrity of its canon law, its transparency, its reading of humanity, the sincerity of its spiritual commitment. 1789 it was a joke next!